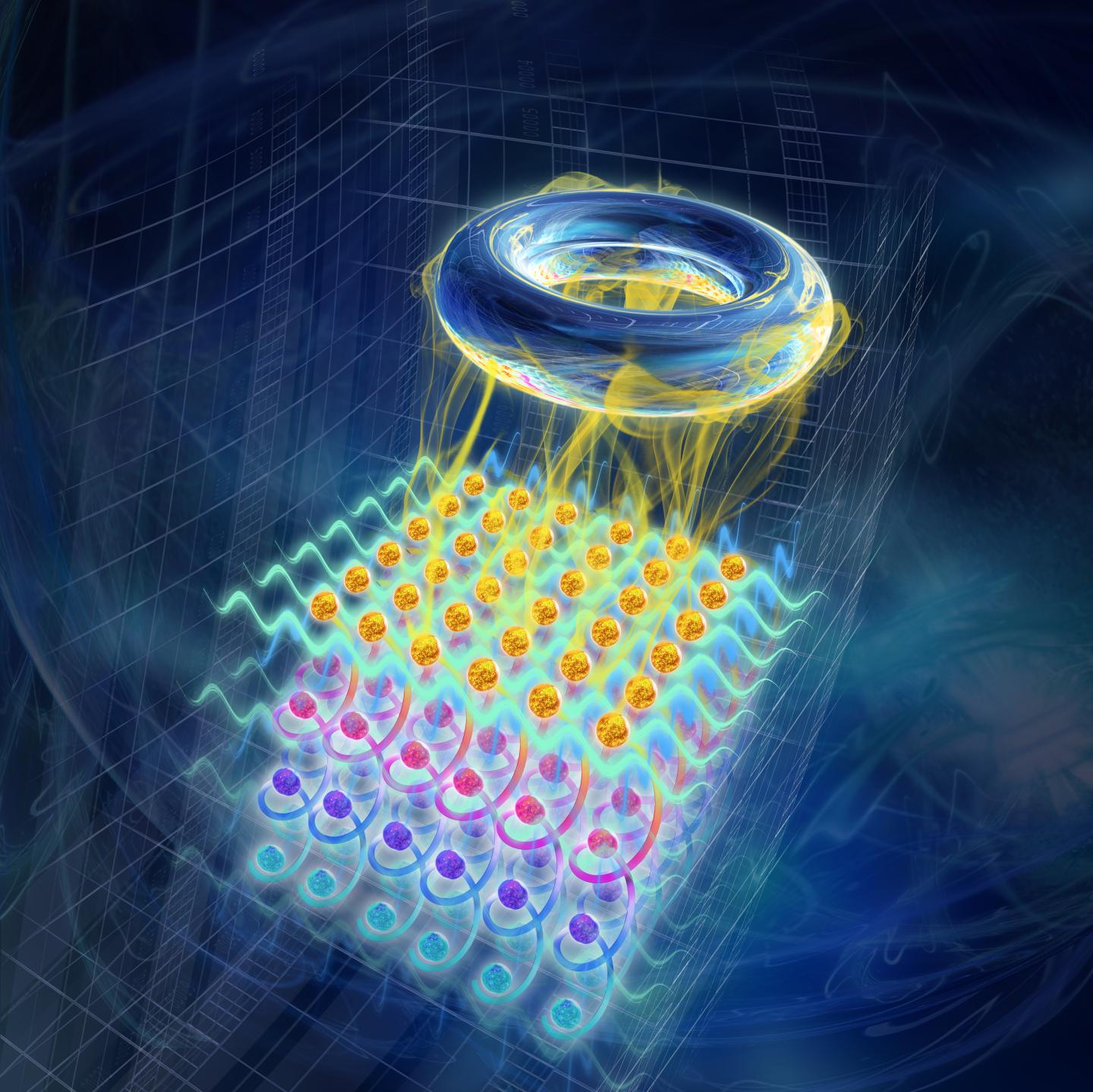 In physical sciences, certain quantities appear as integer multiples of fundamental and indivisible elements. This quantization of physical quantities, which is at the heart of our description of Nature, made its way through the centuries, as evidenced by the antique concept of the atom. Importantly, the discovery of quantized quantities has often been associated with a revolution in our understanding and appreciation of Nature’s law, a striking example being the quantization of light in terms of photons, which led to our contemporary (quantum-mechanical) description of the microscopic world.

In an article published in Science Advances, an international team led by Prof. Nathan Goldman – Faculty of Science, Université libre de Bruxelles – predicts a novel form of quantization law, which involves a distinct type of physical observable: the heating rate of a quantum system upon external shaking. In order to understand this concept, let us first consider a simpler analogous picture: When an ice cube is placed into a micro-wave oven, the latter excites the water molecules, hence leading to a progressive melting of the ice; during this heating process, the number of molecules that form the ice decreases in time, a process which can be quantified by a heating rate. In the present article, the authors demonstrate how, under specific circumstances, such heating rates must satisfy an elegant and precise quantization law. Specifically, the authors explain that this phenomenon takes place when a physical system, which initially forms an exotic state of matter (a topological phase), is heated up in a controlled manner; upon heating, particles are ejected from the topological phase (in direct analogy with the melting of ice described above) and the corresponding heating rate is shown to satisfy the aforementioned quantization law.

A crucial aspect of this novel quantization law is that it is dictated by the topological nature of the initial phase of the system, in direct analogy with the quantization of the conductance in solids. To understand this analogy, we remind that the conductance, which determines the efficiency with which electric currents are generated in a material, can be quantized in terms of a “conductance quantum”; this is the signature of the quantum Hall effect, which was celebrated by two Nobel Prizes, in 1985 and in 1998. Quite surprisingly, this quantization of conductance was shown to be deeply connected to a fundamental mathematical concept: topology. In short, topology aims to classify geometric objects according to their most elementary characteristics, for instance, their number of holes or winding. This elegant relation between the physical quantization of conductance and the abstract concept of topology opened the door to the exploration of a wide family of exotic states of matter, the so-called topological phases, whose discovery was recently honored by the 2016 Nobel Prize in Physics. The discovery reported by the international team led by Prof. Goldman thus offers a novel perspective on the intriguing links between quantization laws in physics and topology.

Besides the elegance of this novel quantization law for heating rates, this discovery has an important corollary: heating up a quantum system can be used as a universal probe for exotic states of matter. The authors propose a physical platform that is particularly well suited for its experimental realization: an ultracold gas of atoms trapped in an optical lattice (a periodic landscape created by light). Such setups are known to constitute an ideal toolbox for the quantum-engineering of topological matter, but also, for implementing new types of measurements. In practice, the proposed experiment would consist in preparing a topological phase, by loading an ultracold gas into an optical lattice, and in subsequently shaking this lattice in a circular manner; the resulting heating rates would then be extracted by measuring the number of atoms that remained in the topological phase after a certain duration of shaking.

This work emanates from a strong collaboration between the group of Nathan Goldman in Brussels and Prof. Peter Zoller – IQOQI and University of Innsbruck – who occupied the Jacques Solvay International Chair in Physics in 2015. Created in 2006, this International Chair enables the Solvay Institutes to invite an eminent scientist in Brussels for a period of one to two months; the list of Solvay Professors may be found at http://www.solvayinstitutes.be/html/chair.html . This fruitful collaboration also involves researchers from ICFO (Barcelona), Néel Institute (CNRS/Grenoble-Alpes University/Grenoble INP) and University of California Berkeley.