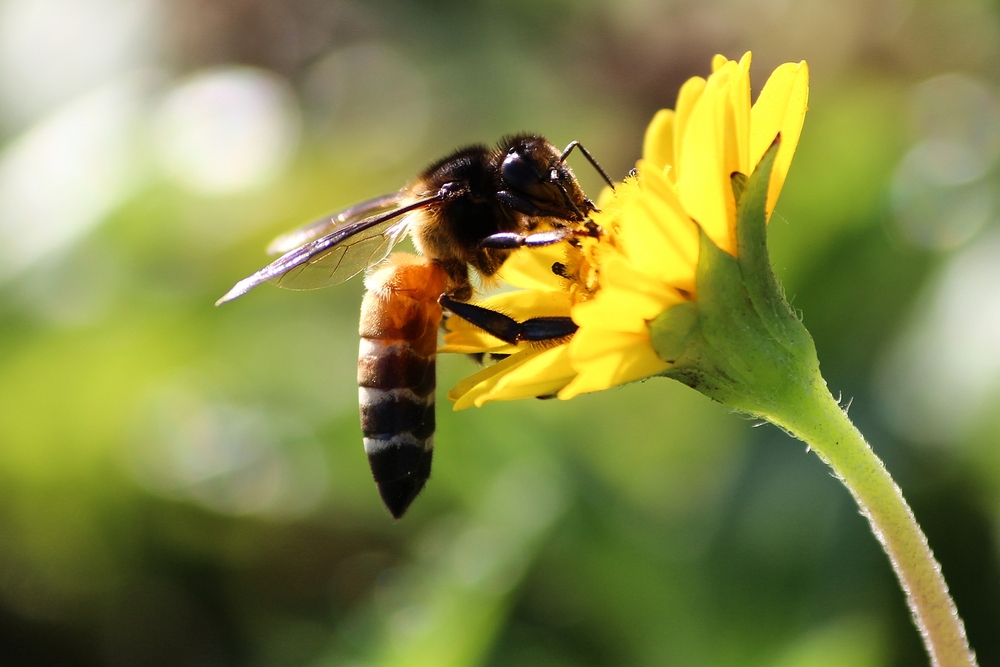 Caption: Researchers believe the brains of honeybees may hold the key for more accurate cameras.

The key to a more accurate camera in phones, drones and robots may lie in the brain of the honeybee.

Researchers from RMIT University, Monash University, the University of Melbourne and Deakin University have discovered a new mechanism in the bug’s brain for processing color information that could be used for digital cameras.

“For a digital system like a camera or a robot the color of objects often changes,” Adrian Dyer, Ph.D., an associate professor from the School of Media and Communication at RMIT, said in a statement. “Currently this problem is dealt with by assuming the world is, on average, grey.

Bees have three extra eyes on the top of their head, known as ocelli that look directly at the sky.

They contain two color receptors that are perfectly tuned for sensing the color of ambient light whereas the other two appendages are the main compound eyes that sense the color of flowers residing in the surrounding environment.

“Physics suggests the ocelli sensing of the color of light could allow a brain to discount the naturally colored illumination which would otherwise confuse color perception,” lead author Jair Garcia, Ph.D., a research officer from RMIT, said in a statement. “But for this to be true the information from the ocelli would have to be integrated with colors seen by the compound eyes.”

Mapping neural tracings from the ocelli revealed neural projections did feed to the key color processing areas of the bee brain.

The system is able to closely predict previously observed behavior of bees foraging in complex environments and provides a new solution for diverse illuminations including natural forest light, sunlight or shade.

These findings were published in the journal Proceedings of the National Academy of Sciences.