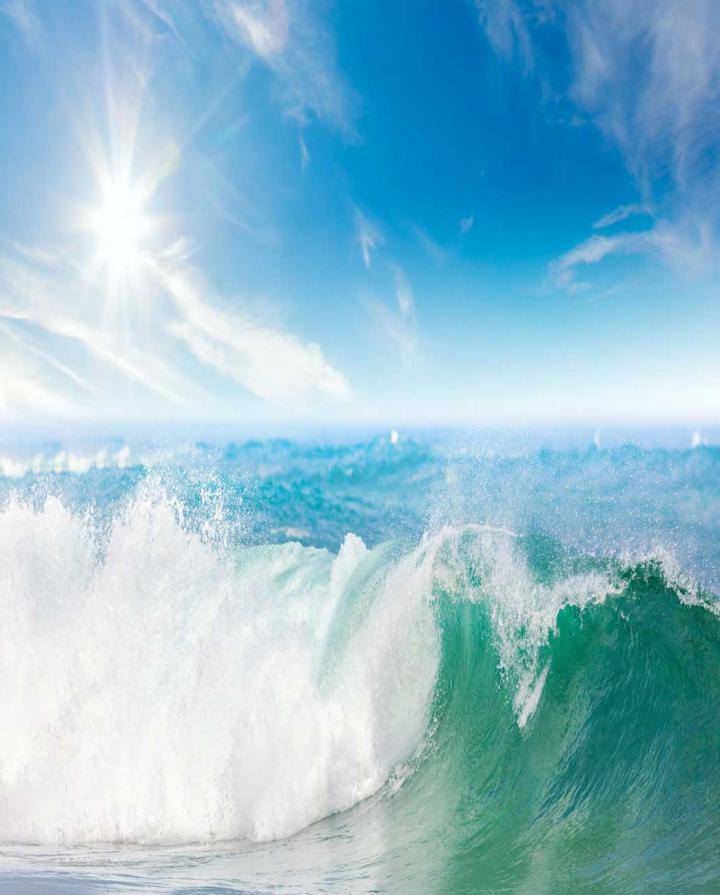 This is a photograph of sea spray. Source: Courtesy of Vicki H. Grassian.

As the oceans ebb and flow, the resulting waves and splashes form tiny bubbles. The bubbles burst and release a vapor — called sea spray aerosol — into the air. This aerosol scatters sunlight and is involved in forming clouds and ultimately climate. But no two bubbles are the same, University of California, San Diego, researchers report May 11 in the journal Chem. They analyzed sea spray and found that the atmospheric-changing properties of the bubbles are influenced by the presence of phytoplankton (microscopic ocean plants) and bacteria in the water.

Molecules that plankton and bacteria secrete can become incorporated into the bubbles, which ultimately release these compounds into the air. The molecules also mix with the chemicals and salts inside the particles, meaning that they are less able to carry water from the ocean — a property called hygroscopicity. This, in turn, affects the way the aerosol interacts with the sun’s rays and influences cloud formation.

“We were surprised by how distinct the changes in the chemicals in the individual aerosol particles were,” says senior author Vicki H. Grassian (@Vickivhg), co-director of the Center for Aerosol Impacts on Climate and the Environment at the University of California, San Diego. “This is a great result for us, as it helps us see more clearly how sea spray aerosol is involved in climate.”

To reproduce phytoplankton blooms, the researchers used an experimental ocean at the Scripps Institution of Oceanography on the University of California’s San Diego campus. They tested the aerosol produced in the waves at various points during the bloom and found that the times when bacteria fed on phytoplankton affected the molecules in the spray the most.

“It’s important to understand the impact natural processes have on the climate so we can build up a more accurate picture of climate change,” says Grassian. “Given the sheer size and importance of the ocean, we know surprisingly little about what factors control what’s in the sea spray aerosol that is constantly being produced in the waves. That’s what we wanted to address with our study.”

To understand the role of man-made pollution and other influences on climate change, we first need to understand the natural processes that are having an impact at the same time. The new research gives us a better understanding of natural changes in the chemistry of sea spray aerosol, the most abundant class of aerosol in the atmosphere.

The researchers next want to understand how this natural and abundant class of aerosol changes in the atmosphere when it mixes with pollution–ozone, nitrogen oxides, and other types of aerosol, including anthropogenic aerosols such as soot, fly ash, and secondary organic aerosol. The team is also working toward unraveling the fundamental chemical processes and molecular entities that define how sea spray aerosol particles influence climate through cloud formation.

“These efforts are bringing together scientists from around the world with expertise in different disciplines within chemistry to help solve these important questions,” says first author Richard Cochran, a research scientist at the University of California, San Diego.