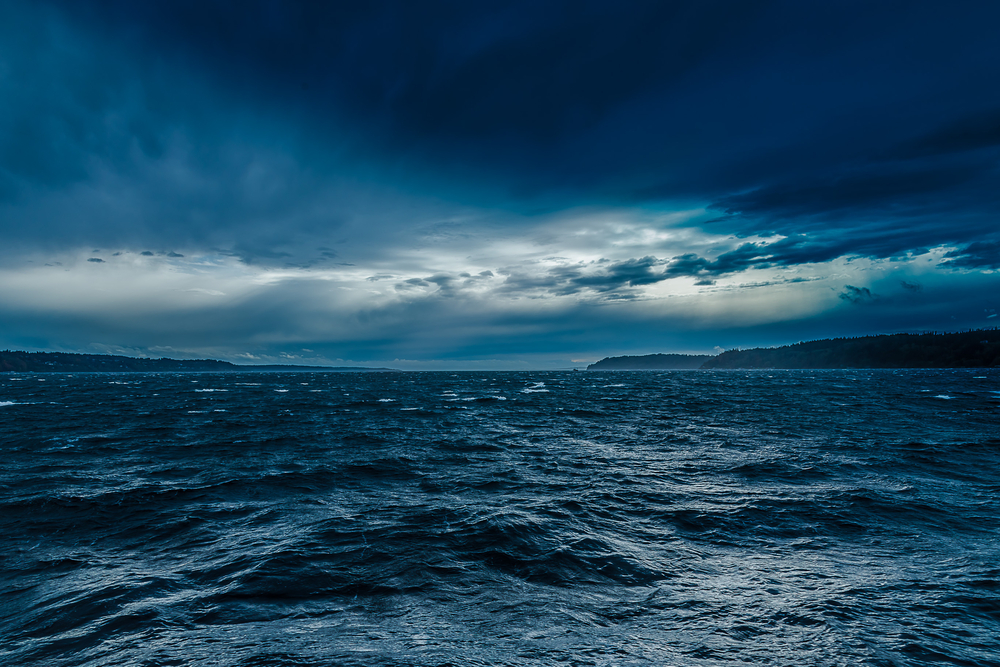 The Arctic Ocean was once a gigantic freshwater lake. Only after the land bridge between Greenland and Scotland had submerged far enough did vast quantities of salt water pour in from the Atlantic. With the help of a climate model, researchers from the Alfred Wegener Institute have demonstrated how this process took place, allowing us for the first time to understand more accurately how Atlantic circulation, as we know it today came about. The results of the study have now been published in the journal Nature Communications.

Every year, ca. 3,300 cubic kilometres of fresh water flows into the Arctic Ocean. This is equivalent to ten percent of the total volume of water that all the world’s rivers transport to the oceans per year. In the warm and humid climate of the Eocene (ca. 56 to 34 million years ago), the inflow of freshwater was probably even greater. However, in contrast to today, during that geological period there was no exchange of water with other oceans. The influx of saline Atlantic and Pacific water, which today finds its way into the Arctic Ocean from the Pacific via the Bering Strait and from the North Atlantic via the Greenland-Scotland Ridge, wasn’t possible – the region that is today completely submerged was above the sea at that time.

Only once the land bridge between Greenland and Scotland disappeared did the first ocean passages emerge, connecting the Arctic with the North Atlantic and making water exchange possible. Using a climate model, researchers from the Alfred Wegener Institute, Helmholtz Centre for Polar and Marine Research (AWI) have now successfully simulated the effect of this geological transformation on the climate. In their simulations, they gradually submerged the land bridge to a depth of 200 metres. “In reality, this tectonic submersion process lasted several million years,” says Climate Scientist Michael Stärz, first author of the study. “Interestingly, the greatest changes in the circulation patterns and characteristics of the of the Arctic Ocean only occurred when the land bridge had reached a depth of over 50 metres below the surface.”

This threshold depth corresponds to the depth of the surface mixed layer, and determines where the relatively light Arctic surface water ends and the underlying layer of inflowing North Atlantic water begins. “Only when the oceanic ridge lies below the surface mixed layer can the heavier saline water of the North Atlantic flow into the Arctic with relatively little hindrance,” explains Stärz. “Once the ocean passage between Greenland and Scotland had reached this critical depth, the saline Arctic Ocean as we know it today was created.” The formation of ocean passages plays a vital role in global climate history, as it leads to changes in heat transport in the ocean between the middle and polar latitudes.

The theory that the Arctic Basin was once isolated is supported by the discovery of freshwater algae fossils in Eocene deep-sea sediments that have been obtained during international drilling near the North Pole in 2004. What was once a land bridge now lies ca. 500 metres under the ocean and consists almost entirely of volcanic basalt. Iceland is the only section remaining above the surface.