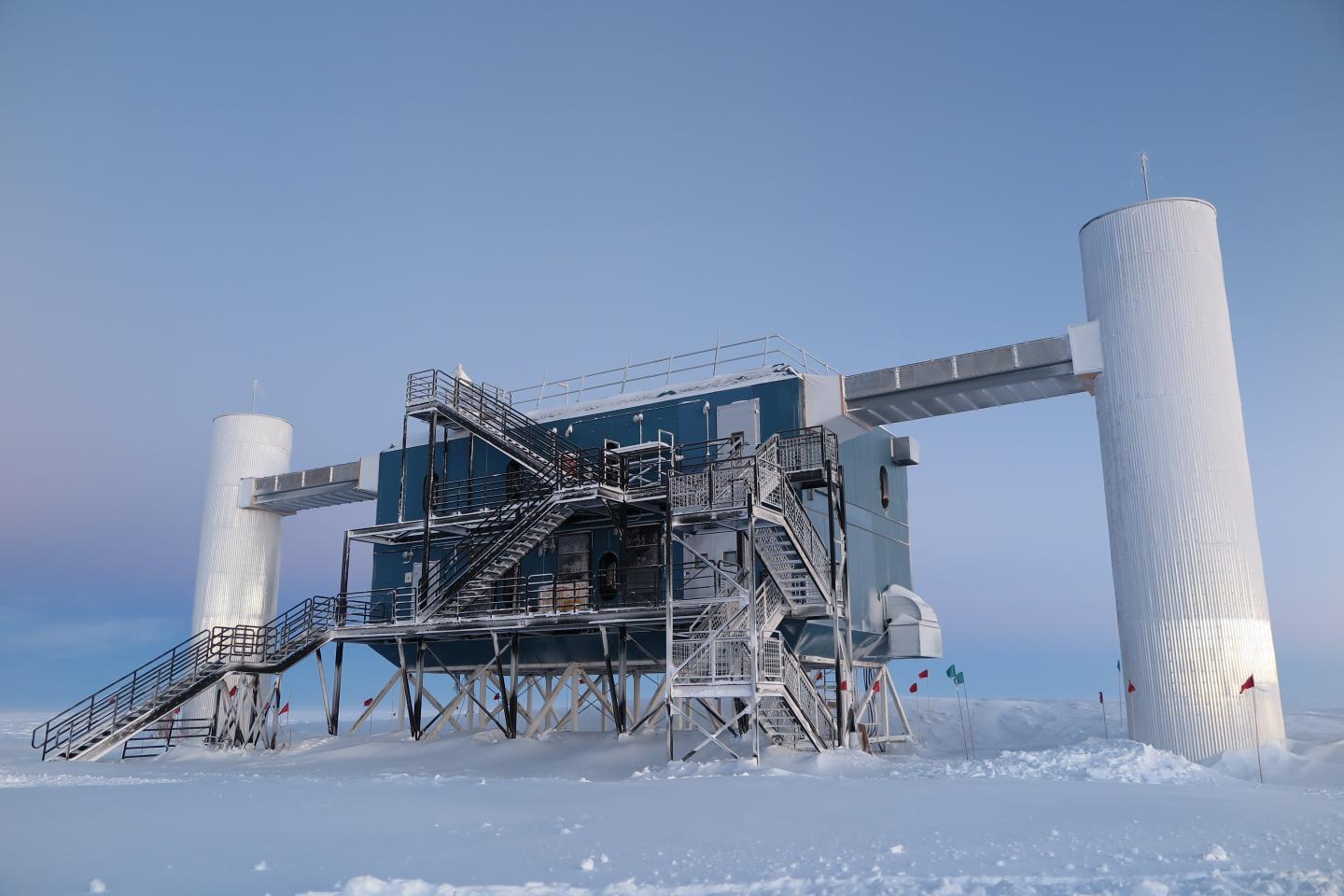 In an effort to fill in the blanks of the Standard Model of particle physics, science has been conducting a diligent search for a hypothesized particle known as the “sterile neutrino.”

Now, with the latest results from an icy particle detector at the South Pole, scientists are almost certain that there is no such particle.

If discovered, the sterile neutrino would have added to the neutrino family portrait and helped explain a number of puzzles that suggest the existence of more than the three known flavors of neutrinos. Ultimately, such a particle could also help resolve the mystery of the origin of dark matter and the matter/antimatter asymmetry in the universe.

Neutrinos are ghostly particles with almost no mass and only rarely interact with matter. Trillions of neutrinos will course through your body in the time it takes to read this sentence. There are three known types of neutrinos: muon, electron and tau. Hints of a possible fourth type of neutrino have come from several experiments. Known as the “sterile neutrino,” the hypothesized particle would not interact at all with matter except, possibly, through gravity.

Discovering the sterile neutrino would also throw a wrench into the Standard Model, which allows for only the three known types of neutrino. “If you throw in a fourth neutrino, it changes everything,” explains Francis Halzen, a University of Wisconsin-Madison professor of physics and principal investigator for the IceCube Neutrino Observatory, a massive detector embedded deep in the ice beneath the South Pole. “Sterile means it doesn’t interact with matter itself, although it can dramatically interfere with the way conventional neutrinos do.”

The only way to detect a sterile neutrino is to catch it in the act of transforming into one of the other types. The presence of the sterile neutrino has been hinted at by several experiments, including at the Los Alamos National Laboratory in the 1990s and, more recently, at the Daya Bay nuclear reactor facility near Hong Kong. But definitive evidence of the particle’s existence has so far eluded scientists.

Now, in a study published today (Aug. 8, 2016) in the journal Physical Review Letters, IceCube researchers may have largely put to rest the notion of this fourth kind of neutrino. In two independent analyses of data from the massive Antarctic detector — each consisting of a year’s worth of data or about 100,000 neutrino events — the striking feature associated with the sterile neutrino was nowhere to be found, says Halzen.

The analyses were performed using so-called atmospheric neutrinos, neutrinos created when cosmic rays crash into particles in the upper atmosphere of the Earth. The groups conclude that there is 99 percent certainty the eV-mass sterile neutrino hinted at by previous experiments does not exist.

“Like Elvis, people see hints of the sterile neutrino everywhere,” says Halzen. “There was this collection of hints, and theorists were convinced it exists.”

The groups conducting the analyses scoured the hundreds of thousands of neutrino events that reached the IceCube detector after coursing through the Earth from the sky in the northern hemisphere. Because only neutrinos can travel through the planet unimpeded, the Earth serves as an effective screen, filtering out all other types of particles. IceCube consists of 5,160 light-detecting sensors frozen in crystal clear Antarctic ice more than a mile beneath the South Pole. Neutrinos are detected when they occasionally crash into nuclei, creating a muon and, subsequently, a telltale streak of blue Cherenkov light.

The search conducted by the IceCube teams looked at neutrino events occurring in the 320 GeV to 20 TeV energy range. In this range, Halzen notes, sterile neutrinos would produce a very distinctive signature.

The appeal of a fourth kind of neutrino is that it would help bridge a gap in theory that predicts that some neutrinos from a beam of one type of neutrino emanating from a given source — be it a nuclear reactor, the sun or the atmosphere — would change from one kind of neutrino to another as they travel to a distant detector. It would also help solve other cosmological puzzles like the mismatch between matter and antimatter in the universe and the origin of dark matter.

“This new result highlights the versatility of the IceCube Neutrino Observatory,” according to Olga Botner, a professor of physics and astronomy at Uppsala University in Sweden and the spokesperson for the IceCube Collaboration. “It is not only an instrument for exploration of the violent universe but allows detailed studies of the properties of the neutrinos themselves.”

Failing to detect the elusive particle, however, means physics remains in the dark about the origin of the tiny neutrino mass, or why they have mass in the first place, says Halzen.