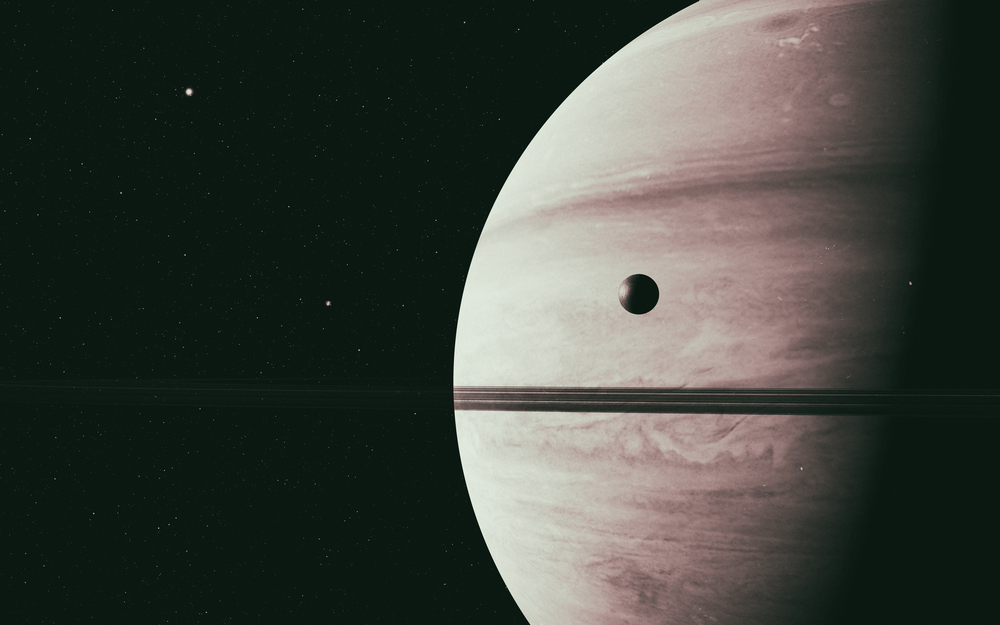 Enceladus – a large icy, oceanic moon of Saturn –  may have flipped, the possible victim of an out-of-this-world wallop.

While combing through data collected by NASA's Cassini mission during flybys of Enceladus, astronomers from Cornell University, the University of Texas and NASA have found the first evidence that the moon’s axis has reoriented, according to new research published in Icarus.

Examining the moon’s geological features, the group showed how Enceladus appears to have tipped away from its original axis by about 55 degrees.

“We found a chain of low areas, or basins, that trace a belt across the moon’s surface that we believe are the fossil remnants of an earlier, previous equator and poles,” said lead author Radwan Tajeddine, research associate in Cornell’s Department of Astronomy and a Cassini imaging team associate. “Their pattern reflects spatial variations in the icy shell, consistent with a variety of geological features visible in Cassini images.”

At the moon’s current southern end, active jets discharge water vapor (as well as organic compounds, gases, salts and silica) through vents from an ocean deep beneath the moon’s icy-crust surface. It’s a place technically known as the south polar terrain, and astronomers have nicknamed the long, geologically active fractures “Tiger Stripes” – each about 80 miles long and a little over a mile wide.

Tajeddine believes an asteroid may have struck the moon’s current south polar region when it was closer to the equator in the past. “The geological activity in this terrain is unlikely to have been initiated by internal processes,” he said. “We think that, in order to drive such a large reorientation of the moon, it's possible that an impact was behind the formation of this anomalous terrain.”

Wobbly, rickety and unsteady after an asteroid’s smack, the physics of Enceladus’ rotation would have eventually re-established stability, a process that likely took over a million years. To do that, the north-south axis needed to change – a mechanism called “true polar wander.”

Enceladus’ topographic and geological features can be explained through geophysical processes, but the moon's north and south poles are quite different. The south is active and geologically young, while the north is covered in craters and appears much older.

“The differences Cassini has observed between the north and south poles remains peculiar,” Tajeddine said. “Originally, the poles of Enceladus would have been the same, more or less, before true polar wander occurred. The true polar wander hypothesis seems very plausible when we take a combined look at the patterns of highs and lows across the moon's surface, the physical appearance of surface features and the differences between the current poles.”