Monoclonal antibodies (mAbs) have become increasingly popular as an effective therapeutic for various diseases based on their specificity, stability, and efficacy. The purification process to identify mAbs with ideal specificity, affinity, and binding kinetics requires hundreds of candidates to be purified and screened in downstream functional assays. Achieving the ideal purity and state can create a bottleneck in the screening process. In addition to purification, considerations must be made around mAb degradation due to low pH post affinity capture step, along with the requirements of specific salt concentration and pH for cell based functional assays.

By using a high volume autosampler with Bio-Rad’s NGC Chromatography System a highly reproducible medium-throughput automated process has been established. Using a tandem purification scheme resulted in 84 therapeutic mAb samples being purified over two days, yielding pure protein ready for downstream assays. With this fully automated process each therapeutic mAb candidate can be purified in 30 to 45 minutes.

mAb candidates were captured using a Protein A resin followed by a buffer exchange on a desalting column. Using a tandem configuration on the NGC Discover Pro System, columns were automatically equilibrated and cleaned. To fully automate the purification of mAb therapeutic candidates a CETAC ASX-560 autosampler with an 84-sample capacity was used to inject samples. The required flow rates for purifying 84 samples within two days resulted in 30 percent sample loss, while reducing the flow rate to two milliliters per minute allowed 70 samples to be purified with only six percent sample loss. Both methods yielded milligram quantities of purified protein, sufficient for downstream cell-based assays.

This fully automated method of screening mAb candidates yielded two to six milligrams of protein at 95 percent purity, assessed by SDS-PAGE (Figure 1). To validate that there was no cross contamination and that this tandem mAb purification platform was suitable for drug discovery, three purified mAb samples were analyzed by LC-MS. No cross contamination was detected by LC-MS. 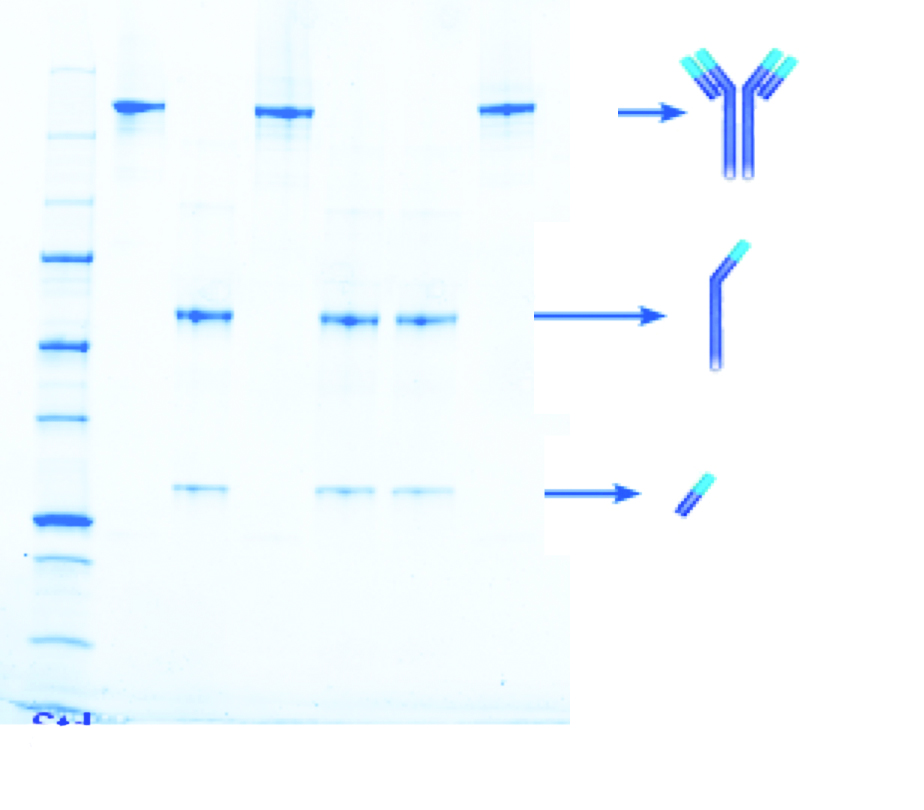 Easy Automation with the NGC System and ASX-560 Autosampler

Automating mAb purification schemes can be easily accomplished by modifying existing tandem method templates of the NGC System’s ChromLab Software. Once methods have been developed and communication between the system and the autosampler have been established via the Signal Import Module, then purification of multiple therapeutic mAb candidates can be accomplished in a fully automated fashion.

This method is simple to implement and can easily be adapted to other applications that require different purification schemes. Multidimensional (Multi-D) chromatography requiring more complex purification, such as 3D and 4D automated purifications, can also be carried out using the NGC Chromatography system to achieve the purity level needed for screening any biomolecule drug candidate.

Candice Cox is a Global Product Manager in the Protein Purification Marketing group at Bio-Rad Laboratories. Over her 13 years at Bio-Rad Laboratories she has held different marketing and R&D positions within the Life Science Group. She has a Biotechnology Business Development and Marketing certificate from University of California Berkeley and a B.S. in Biology from the University of California Los Angeles.