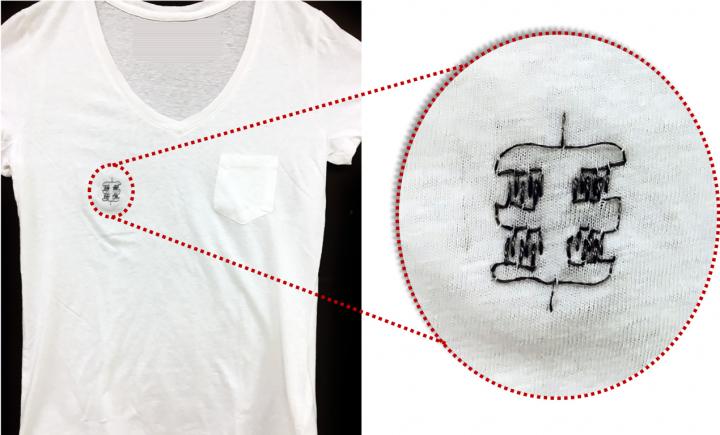 A new fabrication method will allow designers to replace the bulky and inefficient batteries on wearable devices with lightweight, powerful supercapacitors.

Researchers from the University of Massachusetts at Amherst have created a new technique that allows a charge-store system to be easily embroidered into virtually any garment.

The new method uses a micro-supercapacitor and combines vapor-coated conductive threads with a polymer film. The researchers also utilized a special sewing technique to create a flexible mesh of aligned electrodes on a textile backing to create a solid-state device with an ability to store an incredible amount of charge for its size, as well as other characteristics that enable it to power wearable biosensors.

“With this paper, we show that we can literally embroider a charge-storing pattern onto any garment using the vapor-coated threads that our lab makes,” materials chemist Trisha Andrew, PhD, said in a statement. “This opens the door for simply sewing circuits on self-powered smart garments.”

Wearable charge storage circuits use supercapacitors due to their inherently higher power densities when compared to batteries. However, incorporating electrochemically active materials with high electrical conductivities and rapid ion transport into textiles remains a challenge.

The researchers were able to show that their vapor coating process creates porous conducting polymer films on densely twisted yarns, which can be easily swelled with electrolyte ions while maintaining a high charge storage capacity per unit length as compared to prior work with dyed or extruded fibers.

Wearable biosensors are often held back because the power supply is often too heavy and does not usually last long enough.

“Batteries or other kinds of charge storage are still the limiting components for most portable, wearable, ingestible or flexible technologies,” Andrews said. “The devices tend to be some combination of too large, too heavy and not flexible.”

Researchers have also shied away from using vapor deposition due to the technical difficulty and high costs. However, recently researchers have been able to scale-up the technology, while keeping it cost-effective.

The team is now working with colleagues from the UMass Amherst Institute for Applied Life Sciences’ Personalized Health Monitoring Center on building smart garments that can monitor a person’s gait and joint movements throughout a normal day by incorporating the new embroidered charge-storage arrays with e-textile sensors and low-power microprocessors.

The study was published in ACS Applied Materials & Interfaces