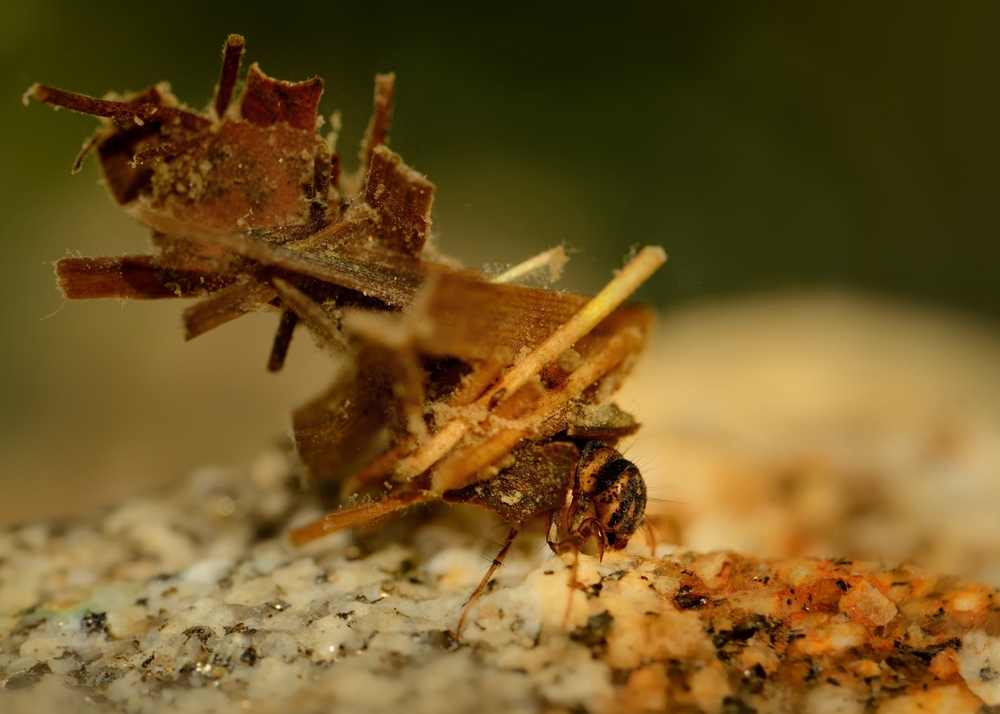 An international research project has scientists examining several natural substances including caddisfly silk that could be used to make soft-sided robots.

A collaboration of researchers from the U.S. and Switzerland are investigating a number of natural substances that could be used to develop soft-sided robots that resemble a worm.

The team, led by a Case Western Reserve University researcher, is hoping to dive into some new substances found in nature including caddisfly silk, sea cucumber skin and a substance that directs cellular behavior, to create a robot that has a number of functions.

“We’re studying materials and objects found in nature, then reducing the materials for practical use,” LaShanda Korley, Climo Associate Professor of Macromolecular Science and Engineering at Case Western Reserve and principal investigator of the project, said in a statement.

The researchers will attempt to develop nanocomposite materials based on spider silk—which is stronger than steel cables based on weight and size— and materials based on caddisfly silk, a powerful and durable adhesive that underwater larvae use to build nets to capture food and glue together pebbles, shells and sticks for shelters.

They will also study materials inspired by the sea cucumber, squid beak and pine cones, which could allow the robot to adapt to different environments and tasks.

Sea cucumber skin is soft and pliable but becomes rigid as a defense mechanism, while the tip of the squid beak can cut through muscle and bone while the fleshy part near the squid’s mouth is 100 times softer. The pine cones open in dry air and closes when wet.

Other components of the project include investigating the use of polyelectrolyte fibers and gels that can carry an electric current or respond to magnetic fields, mimicking the extracellular matrix’s ability to provide adaptive structural and biochemical support to cells, enabling surrounding cells to differentiate or migrate to heal wounds and testing and coordinating the materials and controls in the robot.

The worm-like robot that could eventually have a number of functions, including the ability to burrow through the Earth and building wreckage on search and rescue missions, crawl inside waterlines and oil and gas pipelines to inspect them, and even deliver a stent or remove plaque by crawling through a blood vessel if the robot is shrunk.

The team, which also includes researchers from the Adolphe Merkle Institute at the University of Fribourg, Switzerland and the University of Chicago, is working to develop these robots thanks largely to a $5.5 million, five-year federal grant.