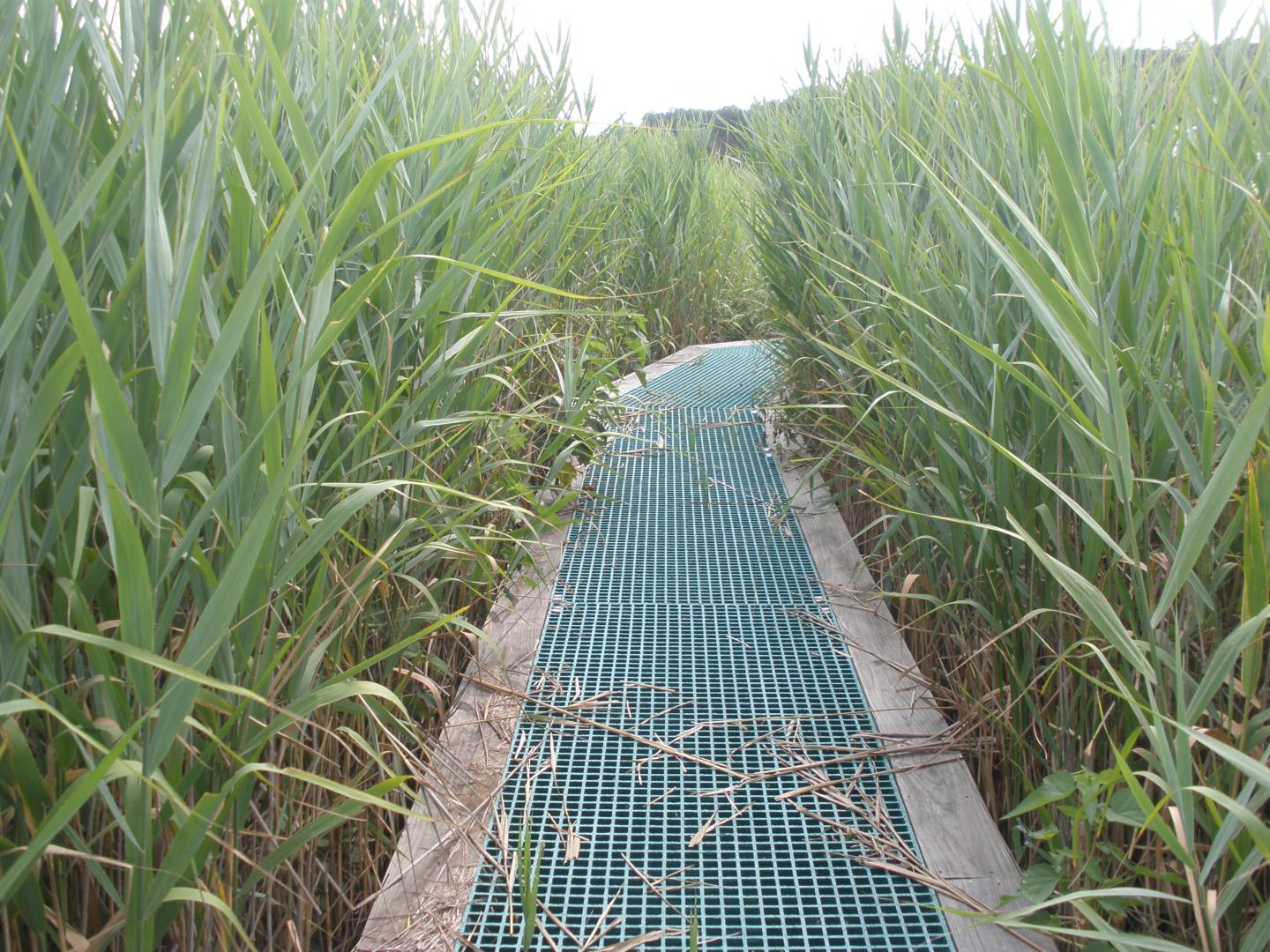 When invasive species enter the picture, things are rarely black and white. A new paper has revealed that some plant invaders could help fight climate change by making it easier for ecosystems to store “blue carbon”–the carbon stored in coastal environments like salt marshes, mangroves and seagrasses. But other invaders, most notably animals, can do the exact opposite.

“We were aware of the effects of invasions on other facets of these habitats, but this was the first time we really delved into blue carbon storage,” said Ian Davidson, a marine invasions biologist at the Smithsonian Environmental Research Center (SERC) and lead author of the new study. While blue carbon has become a buzz word in climate change circles, it has not appeared in many conversations about invasive species, especially in the marine realm.

The paper, published Monday, Oct. 1, in Global Change Biology, is the first meta-analysis to look exclusively at marine habitats when tackling the issue of invasions and carbon storage. Previous carbon storage research has focused largely on terrestrial environments like forests. But marshes and mangroves can store carbon an estimated 40 times faster than forests. And over the past century, biologists estimate the world has lost 25 to 50 percent of its blue carbon habitats, with an additional 8,000 square kilometers disappearing every year. Understanding these ecosystems is critical as policymakers work to mitigate both climate change and the impacts of invasive species.

“It’s now part of global climate change solutions to get carbon credits in forests,” said co-author Christina Simkanin, also a marine biologist at SERC. “But for blue-carbon habitats, the marine version, that has been slower to materialize.”

Davidson, Simkanin and two Ireland-based biologists (Grace Cott, a wetland ecologist at University College Cork, and John Devaney, a postdoc at Trinity College Dublin) teamed up to run the study. They gathered data from 104 different studies, covering 345 comparisons around the world. Each study compared an invaded blue-carbon ecosystem to a similar uninvaded one. The scientists used the data to calculate how much plant-based biomass or soil carbon changed in each place in the presence of an invader. Over time, plant-based pools of biomass can be converted into valuable blue-carbon storage “sinks” that are locked in the soils beneath these habitats.

But when the researchers crunched the numbers, they discovered invasive species do not fall into a single camp. When the most powerful plants invaded–the ones Davidson called “ecosystem engineers”–biomass skyrocketed. At a 117 percent boost, they more than doubled an ecosystem’s biomass and potential to store carbon. The reason, the authors said, is because most of those plants were similar to the species they usurped (a new kind of mangrove tree entering a mangrove forest, for example, or a reed like Phragmites entering a salt marsh). Because the invaders grew larger and faster than the native species, the ecosystem as a whole could store more carbon.

“When you have these essentially ‘ecosystem engineers’ come into the system, not only are they helping build habitat, they seem to be doing it more aggressively and more efficiently,” Davidson said.

However, not all plants were so helpful. When more dissimilar plants took over, like algae invading a seagrass bed, biomass fell by more than a third. And animals cut biomass nearly in half, leaving ecosystems much feebler blue-carbon sinks.

Salt marshes seemed to get the biggest biomass boost from their invaders, about 91 percent on average. This was partly because most salt marsh invaders fell into the “ecosystem engineer” plant category. However, the authors pointed out, salt marshes made up a huge portion of the data they were able to analyze. Seagrasses and mangroves have received much less attention, so the researchers did not have as much information to draw on.

The authors also cautioned against viewing invasive species as unlikely heroes. Carbon storage is one metric that some invaders could enhance, but managers still need to consider the other impacts invaders can have, such as biodiversity loss or habitat shrinking. The real question, the authors said, is how to manage environments where an invasive species has already taken hold and evaluate the true costs and benefits of eradication.

“Nobody’s advocating, ‘Let’s introduce Phragmites, because it grows really fast and great, and let’s increase carbon storage here,'” Simkanin said. “We’re talking about how to best manage systems that are already impacted by humans, and how to do that in terms of what functions you want to preserve or you find most important.”

“Ecosystem managers will be faced with a decision to eradicate or control invasive species,” said Cott. “The information contained in this study can help managers make decisions if carbon storage is a function they want to enhance.”