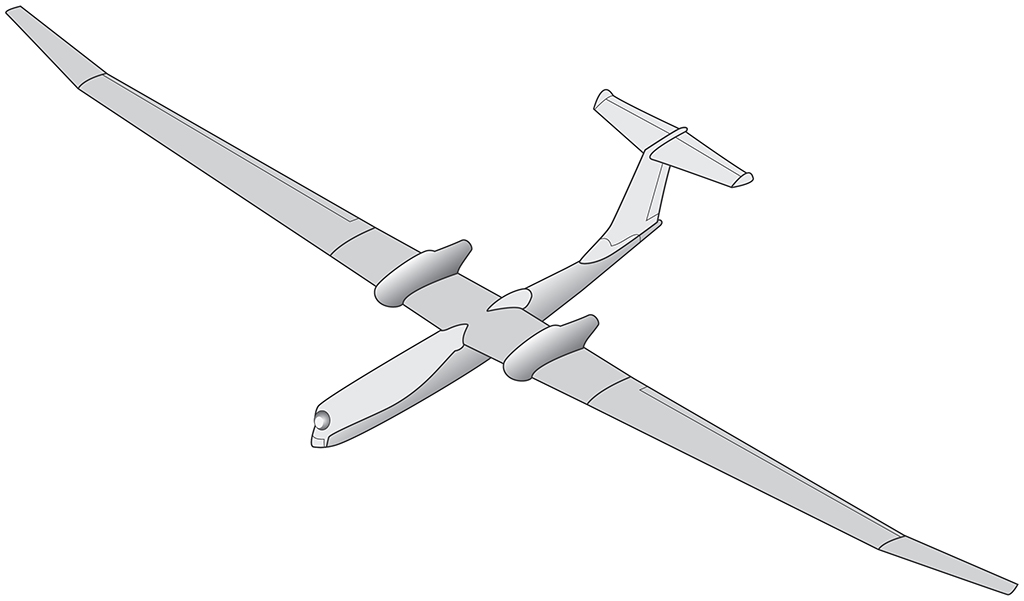 A rendering of what Japan’s unmanned ballistic-missile detector could look like. (Credit: Japanese Defense Ministry)

Drones are quickly becoming ubiquitous throughout the world. These unmanned aerial vehicles are being tested for various purposes like deliveries or scouting missions.

Japan’s Ministry of Defense published new details last week regarding its plan to use these aircrafts to support future combat missions.

The government proposed two machines to be incorporated into its fleet. The first is an unmanned wingman that will receive commands from a pilot using a traditional fighter jet that could make the craft fly in formation while another invention would be a high-flying ballistic-missile defense (BMD) aircraft that could use sensors to monitor missile threats, reported Popular Mechanics.

An initial design schematic had shown the unmanned wingman would be a good compliment to the country’s advanced stealth fighter, the F-3. The plane could be updated to control the unmanned counterpart issuing commands like launching against designated targets or perform maneuvers like intercepting through maneuvers or electromagnetic countermeasures that a human pilot couldn’t pull off.

Also, the ballistic missile detector could serve as a high-altitude aircraft built for sustained flight, according to Popular Mechanics. Infrared sensors and other potential detection systems could be used to track any threats, but there was no mention if this vehicle would carry weapons.

There’s still plenty of development work needed before these ships can take flight. An advanced A.I. system would need to be designed in order to run the unmanned flyer for example.

Still, Japan hopes the unmanned wingman can take to the skies within the next 15 to 20 years while the BMD could enter service by 2030.