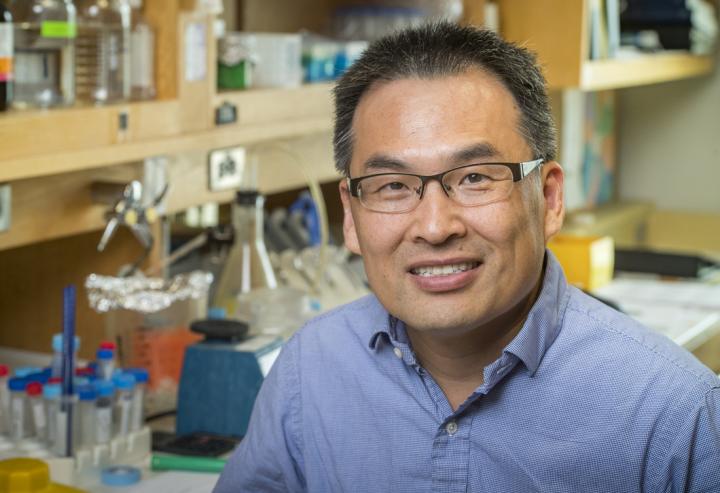 A fertilized human egg develops into multiple tissues, organs and about 200 distinct cell types. Each cell type has the same genes, but they are expressed differently during development and in mature cells.

Understanding the mechanisms that turn sets of genes on or off is a fundamental quest in biology, and one that has clinical importance in diseases like cancer, where gene control goes awry.

University of Alabama at Birmingham researcher Hengbin Wang, Ph.D., and colleagues have identified one such mechanism. In a paper published this week in Proceedings of the National Academy of Sciences, Wang and colleagues describe a key role for a protein called RSF1 in silencing genes. Besides the molecular biology details, the researchers also showed that disruption of RSF1 expression in the embryos of African clawed frogs caused severe developmental defects in the tadpoles—through a dysregulation of mesodermal cell fate specification.

RSF1 acts on chromatin, the organized structure of the chromosome where the 6-foot-long DNA of each human cell is highly condensed by wrapping around spools of histone proteins. Chromatin is not static, however—it is highly dynamic and changes in its structure to control different physiological processes.

One contributor to chromatin fluidity is modifications of the histone proteins made by adding or removing chemical groups to the histone tails. The histones can be modified by acetylation, phosphorylation, methylation, ubiquitination or ADP-ribosylation.

In his current work, Wang, an associate professor of biochemistry and molecular genetics in the UAB School of Medicine, focused on the addition of ubiquitin to the histone subunit H2A. This prevalent modification is linked to gene silencing, and removal of ubiquitin from H2A leads to gene activation. Wang and colleagues discovered that RSF1 mediates the gene-silencing function of ubiquitinated-H2A.

In the paper, Wang and colleagues proposed a model for the action of RSF1 in gene silencing.

Wang says knowledge of the ubiquitinated-H2A binding site may help in the discovery of other ubiquitinated histone-binding proteins.