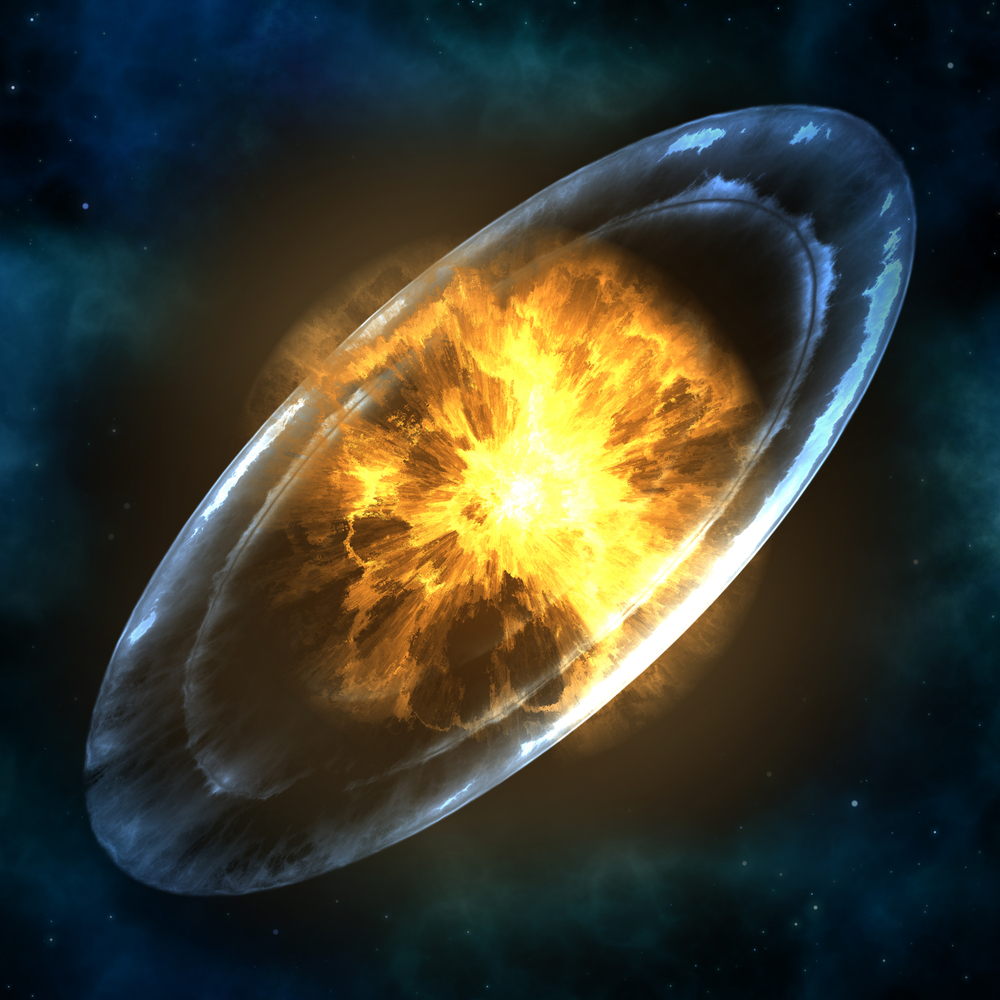 Humans may find themselves in trouble with a supernova about 50 light years away.

Adrian Melott, a professor of physics and astronomy at the University of Kansas, said the previous estimate that a supernova would need to be at least 25 light years away to cause a mass extinction on Earth likely should be doubled.

“People estimated the ‘kill zone’ for a supernova in a paper in 2003 and they came up with about 25 light years from Earth,” Melott said in a statement. “Now we think maybe it’s a bit greater than that.

“They left some effects out or didn’t have good numbers, so now we think it may be a bit larger distance,” he added. “We don’t know precisely and of course it wouldn’t be a hard-cutoff distance. It would be a gradual change. But we think something more like 40 or 50 light years. So, an event at 150 light years should have some effects here but not set off a mass extinction.”

Melott explained how a supernova would impact the biology on Earth.

“If there’s a magnetic field, we don’t know its orientation, so it can either create a superhighway for cosmic ray or it could block them,” he added. “The main interesting case did not assume the superhighway. It assumed that much of the magnetic field was blasted out by a series of supernovae, which made the Local Bubble—and we and the most recent supernovae were inside. This is a weak, disordered magnetic field. The best analogy I can think of is more like off-road driving.”

According to Melott, cosmic rays from the supernova at 150 light years would have penetrated to Earth’s lower atmosphere.

He said this would have an effect on the troposphere and would be the equivalent to every organism on Earth getting several CT scans per year and would likely lead to an increase in cancer and other mutations.

“There is some effect possibly connected to the supernova. That’s more difficult to say because there are many competing effects. Even in Africa you have climate change, and you don’t know if climate change is causing the effects you see or if a supernova has something to do with the climate change.”

Melott also said that a supernova would also cause blue light to shine in the sky at night for about a month, which would have negative effects on virtually all living organisms. This would likely cause, according to Melott, sleeping problems amongst living creatures.

While the research paints a dangerous circumstance, Melott said the possibility of a supernova wiping out the Earth is not currently the most pressing issue as the closest potential supernova—Betelgeuse—is about 600 light years away.

“It’s much further away than this one we’ve been talking about,” he said. “It’s close enough to be spectacular in the sense that it would be bright and you’d see it in daytime, but there’d be no harmful effects.

“I tell them they should worry about global warming and nuclear war, not this stuff,” he added. “There’s nothing close enough to cause this kind of event in the very near future.”