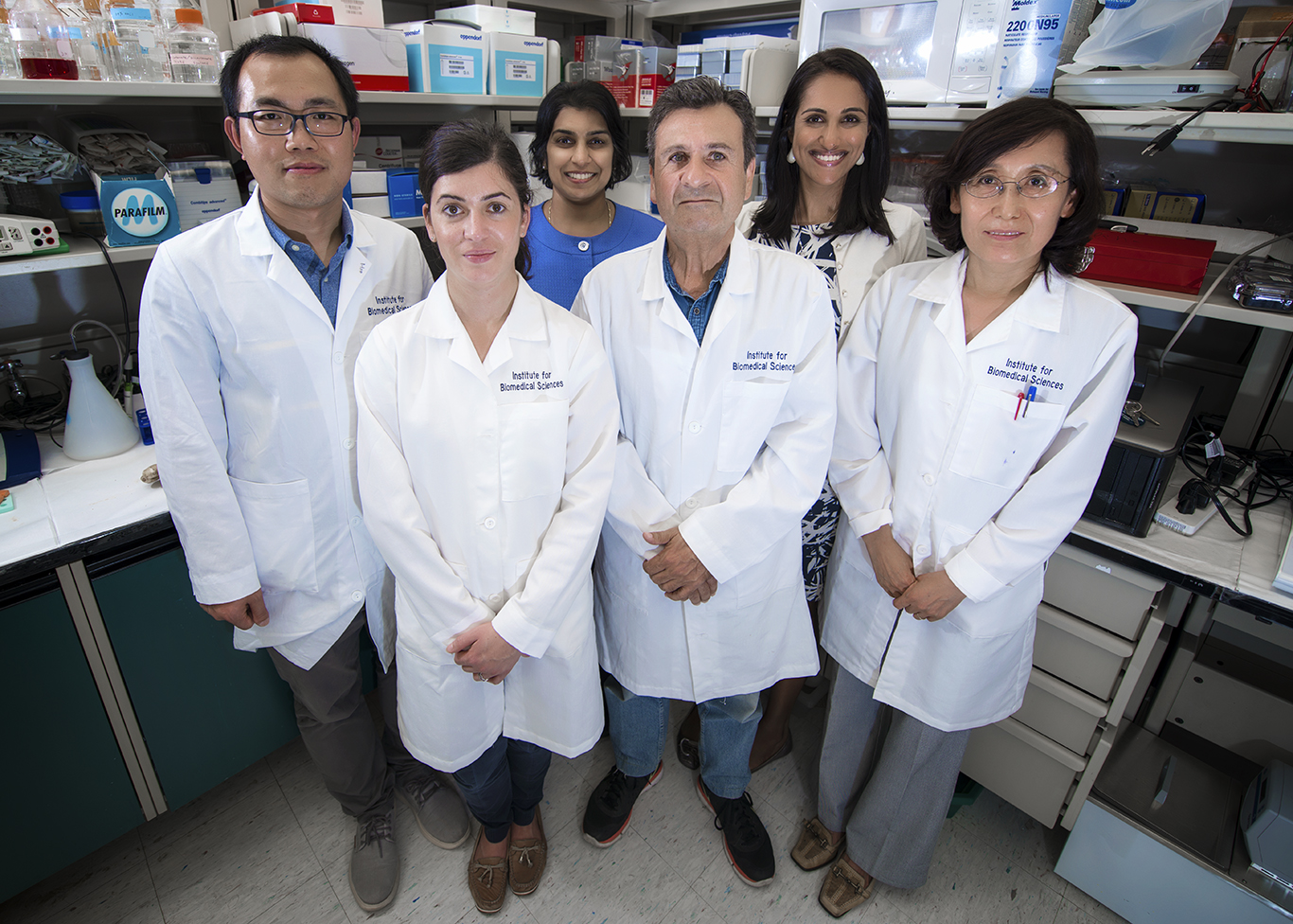 Dr. Didier Merlin (front row, center) and colleagues with the Atlanta VA Medical Center and the Institute for Biomedical Sciences at Georgia State University are exploring the use of edible ginger-derived nanoparticles to treat inflammatory bowel disease. (Credit: Lisa Pessin)

A recent study by researchers at the Atlanta Veterans Affairs Medical Center took them to a not-so-likely destination: local farmers markets. They went in search of fresh ginger root.

Back at the lab, the scientists turned the ginger into what they are calling GDNPs, or ginger-derived nanoparticles. The process started simply enough, with your basic kitchen blender. But then it involved super-high-speed centrifuging and ultrasonic dispersion of the ginger juice, to break it up into single pellets. (Don’t try this at home!)

The research team, led by Dr. Didier Merlin with VA and the Institute for Biomedical Sciences at Georgia State University, believes the particles may be good medicine for Crohn’s disease and ulcerative colitis, the two main forms of inflammatory bowel disease (IBD). The particles may also help fight cancer linked to colitis, the scientists believe.

They report their findings, based on experiments with cells and mice, in the September 2016 issue of Biomaterials.

Each ginger-based nanoparticle was about 230 nanometers in diameter. More than 300 of them could fit across the width of a human hair.

Fed to lab mice, the particles appeared to be nontoxic and had significant therapeutic effects:

Part of the therapeutic effect, say the researchers, comes from the high levels of lipids—fatty molecules—in the particles, a result of the natural lipids in the ginger plant. One of the lipids is phosphatidic acid, an important building block of cell membranes.

The particles also retained key active constituents found naturally in ginger, such as 6-gingerol and 6-shogaol. Past lab studies have shown the compounds to be active against oxidation, inflammation, and cancer. They are what make standard ginger an effective remedy for nausea and other digestion problems. Traditional cultures have used ginger medicinally for centuries, and health food stores carry ginger-based supplements—such as chews, or the herb mixed with honey in a syrup—as digestive aids.

Delivering these compounds in a nanoparticle, says Merlin’s team, may be a more effective way to target colon tissue than simply providing the herb as a food or supplement.

Ginger could be cost-effective medicine source

The idea of fighting IBD with nanoparticles is not new. In recent years, Merlin’s lab and others have explored how to deliver conventional drugs via nanotechnology. Some of this research is promising. The approach may allow low doses of drugs to be delivered only where they are needed—inflamed tissue in the colon—and thus avoid unwanted systemic effects.

The advantage of ginger, say the researchers, is that it’s nontoxic, and could represent a very cost-effective source of medicine.

The group is looking at ginger, and other plants, as potential “nanofactories for the fabrication of medical nanoparticles.”

Merlin and his VA and Georgia State University coauthors elaborated on the idea in a report earlier this year titled “Plant-derived edible nanoparticles as a new therapeutic approach against diseases.” They wrote that plants are a “bio-renewable, sustainable, diversified platform for the production of therapeutic nanoparticles.” 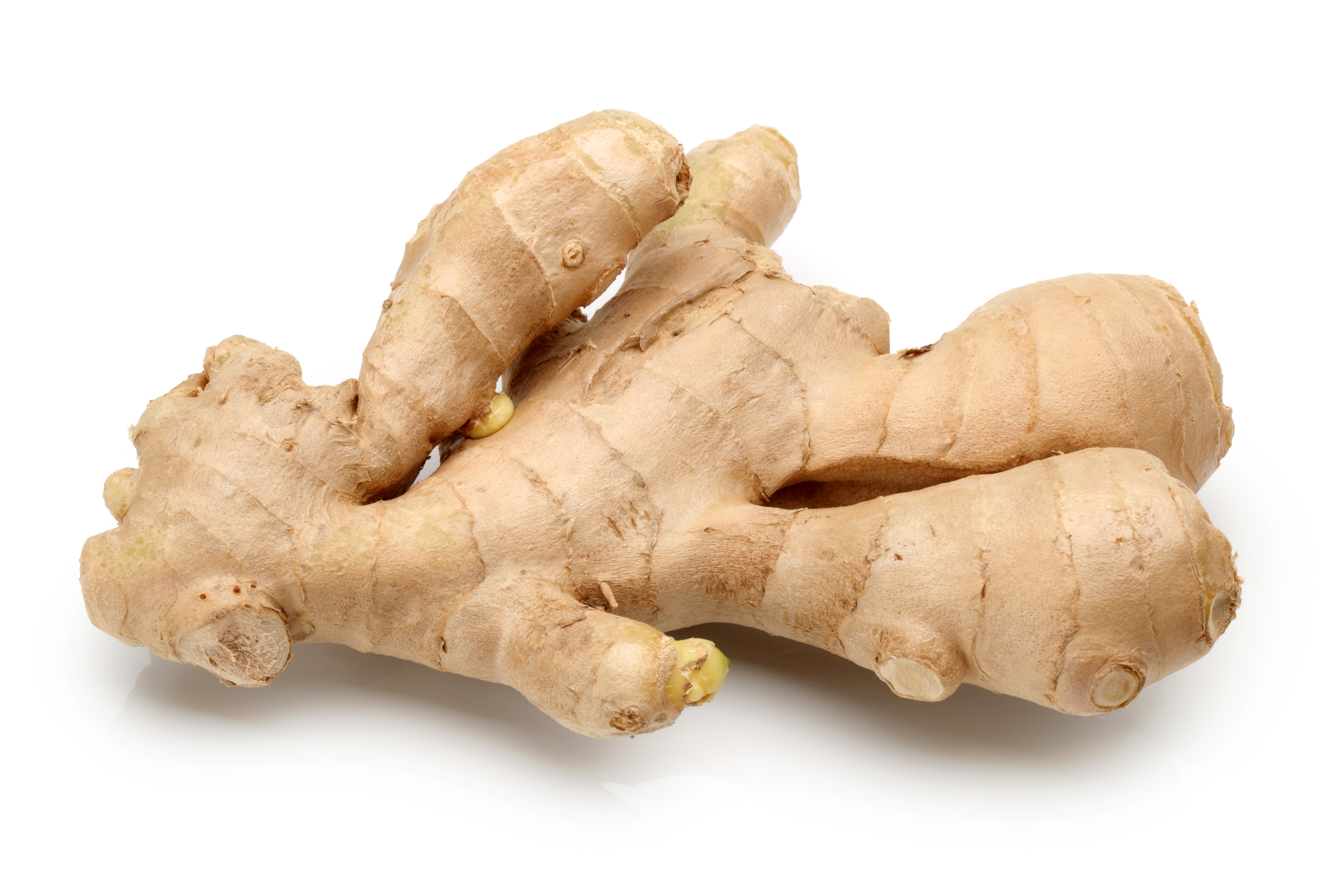