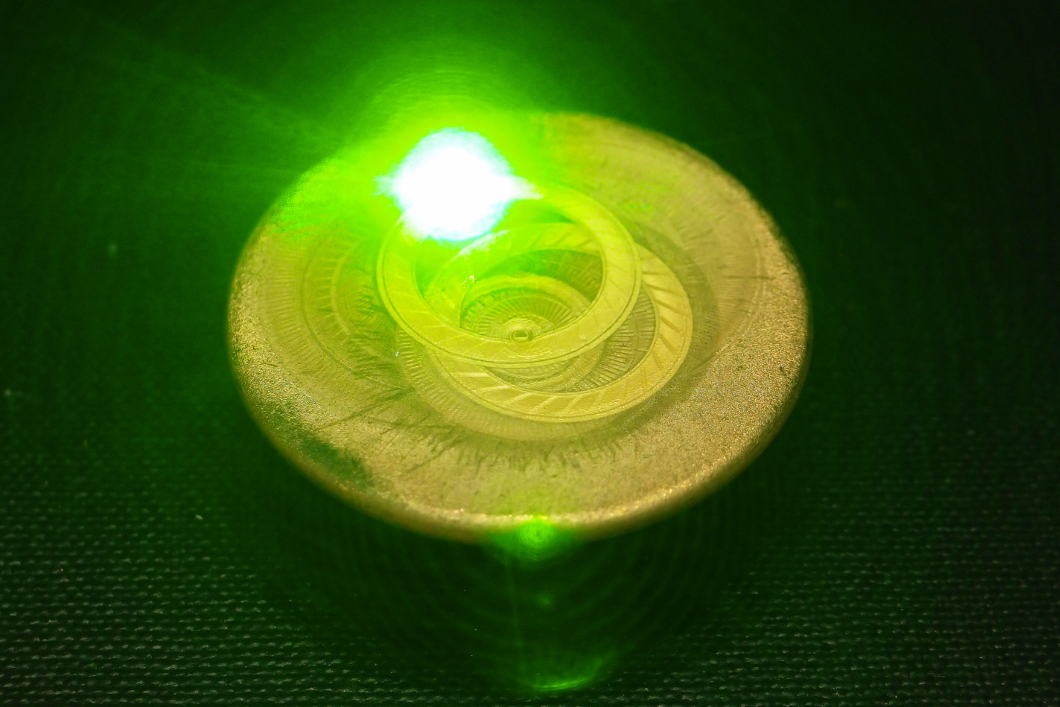 Whether it’s cutting, drilling, removing, or structuring, industrial material processing should be as quick and as cost-effective as possible. Pulse lasers have established themselves as an “all-round work tool” suitable for various machining methods. From glass and steel to complex composite systems, they are used for numerous materials.

Ultrashort laser pulses are also being used more frequently in medicine — for example, eye surgery. However, they can have undesirable side effects, as along with the use of high intensity laser pulses comes the generation of X-rays.

For the first time, Bundesanstalt für Materialforschung und-prüfung (BAM) scientists have systematically depicted at which laser intensities and with which materials the X-ray emission surpasses the permitted radiation limits. From their findings, they have derived initial recommendations for occupational safety measures.

The use of ultrashort pulse lasers with durations in the picosecond (10 to 12 seconds) and femtosecond (10 to 15 seconds) time scale offers many advantages for material processing: the laser beam is very high in energy, but only operates on the material for a very short time. This laser pulse is enough to precisely process the material.

At the same time, the material in the area surrounding the processing location is hardly heated and remains unchanged.

In order to process the material’s surface, many laser pulses are normally focused one after the other on the workpiece. This results in a health risk which, until now, has been underestimated.

“X-rays can be generated when the laser pulses come into contact with the material,” explains Dr. Jörg Krüger, acting head of the Nanomaterial Technologies division.

In the case of a single laser pulse, the amount of X-ray radiation produced under usual material processing conditions is low.

“Due to the high repetition rates of several hundred thousand pulses per second, the X-rays can reach a critical value, one which is over the permitted limits for radiation protection,” says Dr. Herbert Legall, who, together with Christoph Schwanke, is conducting the experimental research at BAM.

In collaboration with Professor Günter Dittmar from the Steinbeis-Transferzentrum in Aalen, the BAM team has systematically described at which laser intensity and with which material a critical amount of X-rays can be generated.

“The use of ultrashort pulsed lasers must be safe,” says Krüger. “Possible health risks must remain as low as possible through suitable protection measures.”

The current research project is therefore also investigating other possibilities as to how to effectively shield against the resulting X-ray emission.

The works are funded within the framework of the BMBF project X-ray emissions during ultrashort pulse laser processing. The first results have already been published in Open Access.

The development of laser systems for material processing has made great advancements in the past. Although ultrashort pulse lasers were considered an extravagant tool 20 years ago, their use is now widespread. The importance of this technology was recently underlined with the award of the Nobel Prize in Physics in October 2018 to Professor Gérard Mourou and Professor Donna Strickland, among others. These two scientists were honored for the development of a method to generate high-energy, ultrashort optical pulses.

The award ceremony also proved something else: science requires perseverance. Along with BAM scientist Jörg Krüger, Gérard Mourou had already published about femtosecond laser material processing of glasses back in the 1990s.