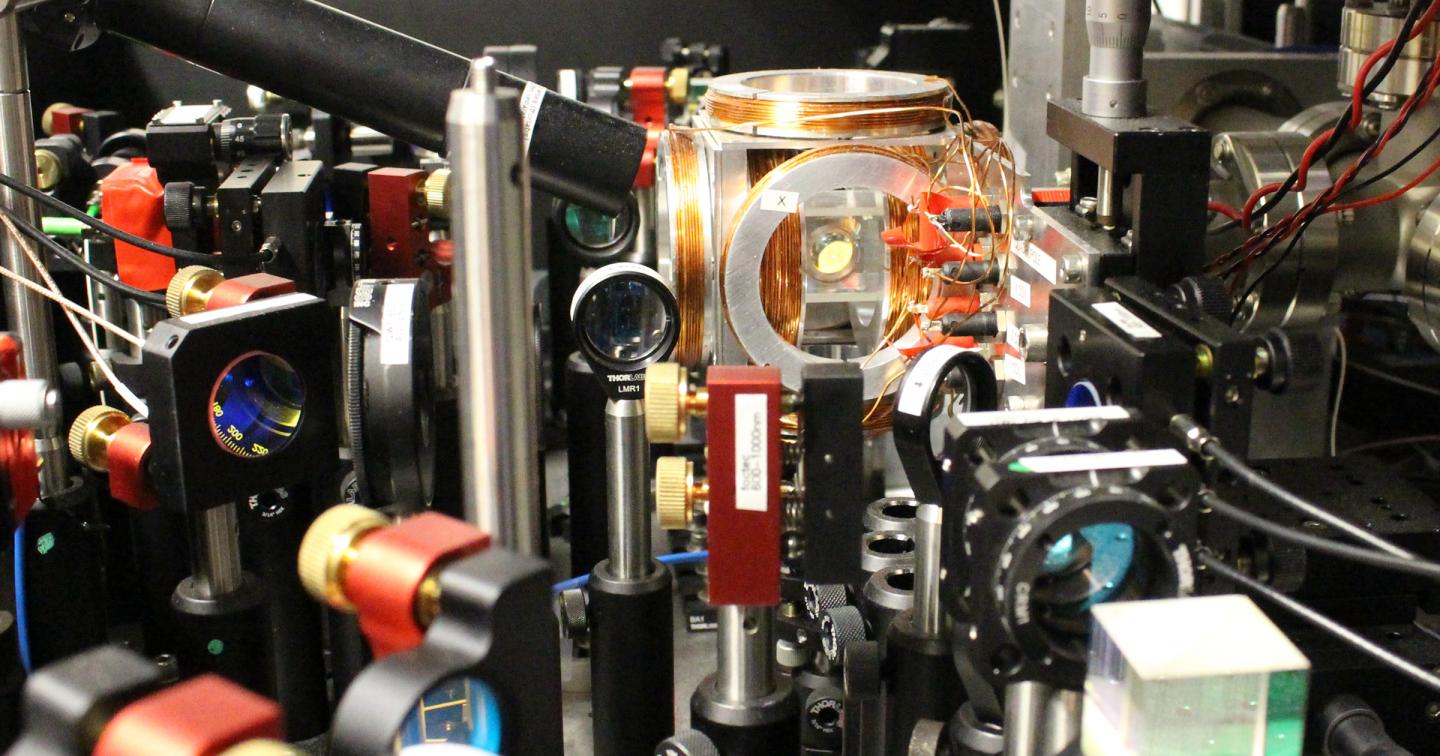 Credit: In the copper-encircled chamber at the centre of this setup at the Centre for Quantum Technologies in Singapore, photons bounce off a single atom. Controlling such interactions is important for quantum computing and metrology.

It’s not easy to bounce a single particle of light off a single atom that is less than a billionth of a metre wide. However, researchers at the Centre for Quantum Technologies at the National University of Singapore have shown they can double the odds of success, an innovation that might be useful in quantum computing and metrology. The findings were published 31 October in Nature Communications.

In their experiment, researchers Chin Yue Sum, Matthias Steiner and Christian Kurtsiefer fired a red laser at a carefully-trapped Rubidium atom. They compared how much of the light gets scattered away when the light comes from just one direction, versus when it comes from two.

“If an atom sends out a photon, the photon can go any direction. Our idea is that to get stronger interactions between single photons and single atoms, we want to reverse whatever the atom does. So here the illumination comes from all directions,” explains Steiner.

First, they focused the red laser through a strongly-focusing lens positioned in front of the atom. The atom was manoeuvred to lie at the lens’s focal point. In this configuration, roughly 1 in 5 of the laser photons bounced off the atom.

This double-lens configuration is known as 4Pi microscopy. It’s a super-resolution imaging technique invented by Nobel laureate Stefan Hell. The name comes from the way angles are described in three dimensions: four π describes a full sphere.

With the light coming at it from both sides, the atom scattered around 2 in every 5 photons – double what was seen with just one lens.

The atom not only changed the photons’ direction, but also their spacing. In laser light, photons are randomly spaced, with some arriving close together and others separated by big gaps. The team detected that, after passing the atom, the photons were less likely to arrive together. This is evidence of an interaction between the atoms and photons that is ‘nonlinear’.

“There’s a lot of physics to investigate in nonlinear interactions with photons,” says Chin. The effect is crucial for processing information stored in light, for example in optical quantum computing.