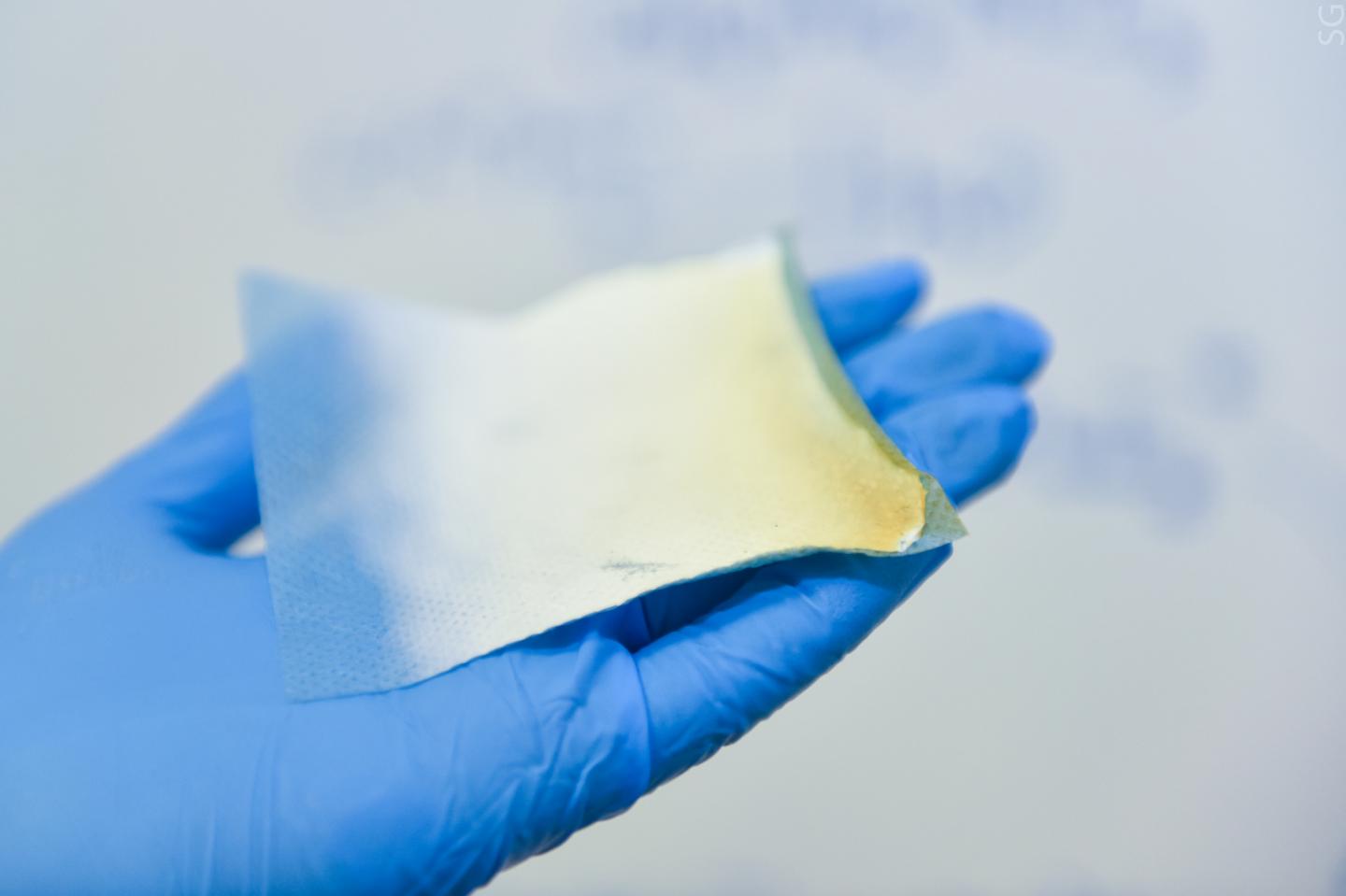 New therapeutic material based on nanofibers made of polycaprolactone.

A group of NUST MISIS’s young scientists, for the very first time in Russia, has presented a new therapeutic material based on nanofibers made of polycaprolactone modified with a thin-film antibacterial composition and plasma components of human blood. Biodegradable bandages made from these fibers will accelerate the growth of tissue cells twice as quickly, contributing to the normal regeneration of damaged tissues, as well as preventing the formation of scars in cases of severe burns.

In regenerative medicine, and particularly in burn therapy, the effective regeneration of damaged skin tissue and the prevention of scarring are usually the main goals. Scars form when skin is badly damaged, whether through a cut, burn, or a skin problem such as acne or fungal infection.

Scar tissue mainly consists of irreversible collagen and significantly differs from the tissue it replaces, having reduced functional properties. For example, scars on skin are more sensitive to ultraviolet radiation, are not elastic, and the sweat glands and hair follicles are not restored in the area.

«The solution of this medical problem was proposed by the researchers from the NUST MISIS Inorganic Nanomaterials Laboratory, led by PhD Anton Manakhov, a senior researcher. The team of scientists has managed to create multi-layer «bandages» made of biodegradable fibers and multifunctional bioactive nanofilms, which [the bandages] prevent scarring and accelerate tissue regeneration», said Alevtina Chernikova, Rector of NUST MISIS.

The addition of the antibacterial effect by the introduction of silver nanoparticles or joining antibiotics, as well as the increase of biological activity to the surface of hydrophilic groups (-COOH) and the blood plasma proteins have provided unique healing properties to the material.

A significant acceleration of the healing process, the successful regeneration of normal skin covering tissue, and the prevention of scarring on the site of burnt or damaged skin have been observed when applying these bandages made of the developed material to an injured area. The antibacterial components of multifunctional nanofibers decrease inflammation, and the blood plasma with an increased platelet level – vital and multi-purposed for every element in the healing process – stimulates the regeneration of tissues. The bandages should not be removed or changed during treatment as it may cause additional pain to the patient. After a certain period of time, the biodegradable fiber simply «dissolves» without any side effects.

«With the help of chemical bonds, we were able to create a stable layer containing blood plasma components (growth factors, fibrinogens, and other important proteins that promote cell growth) on a polycaprolactone base. The base fibers were synthesized by electroforming. Then, with the help of plasma treatment, to increase the material`s hydrophilic properties, a polymer layer containing carboxyl groups was applied to the surface. The resulting layer was enriched with antibacterial and protein components», noted Elizabeth Permyakova, one of the project members and laboratory scientists.

The research team has already conducted a series of pre-clinical trials jointly with the Research Institute of Experimental and Clinical Medicine (Novosibirsk, Russia). In vitro results have shown that with the application of these innovative bandages the regeneration process has been accelerated twice as quickly. In the near future, the team expects to get results of in vivo drug testing.