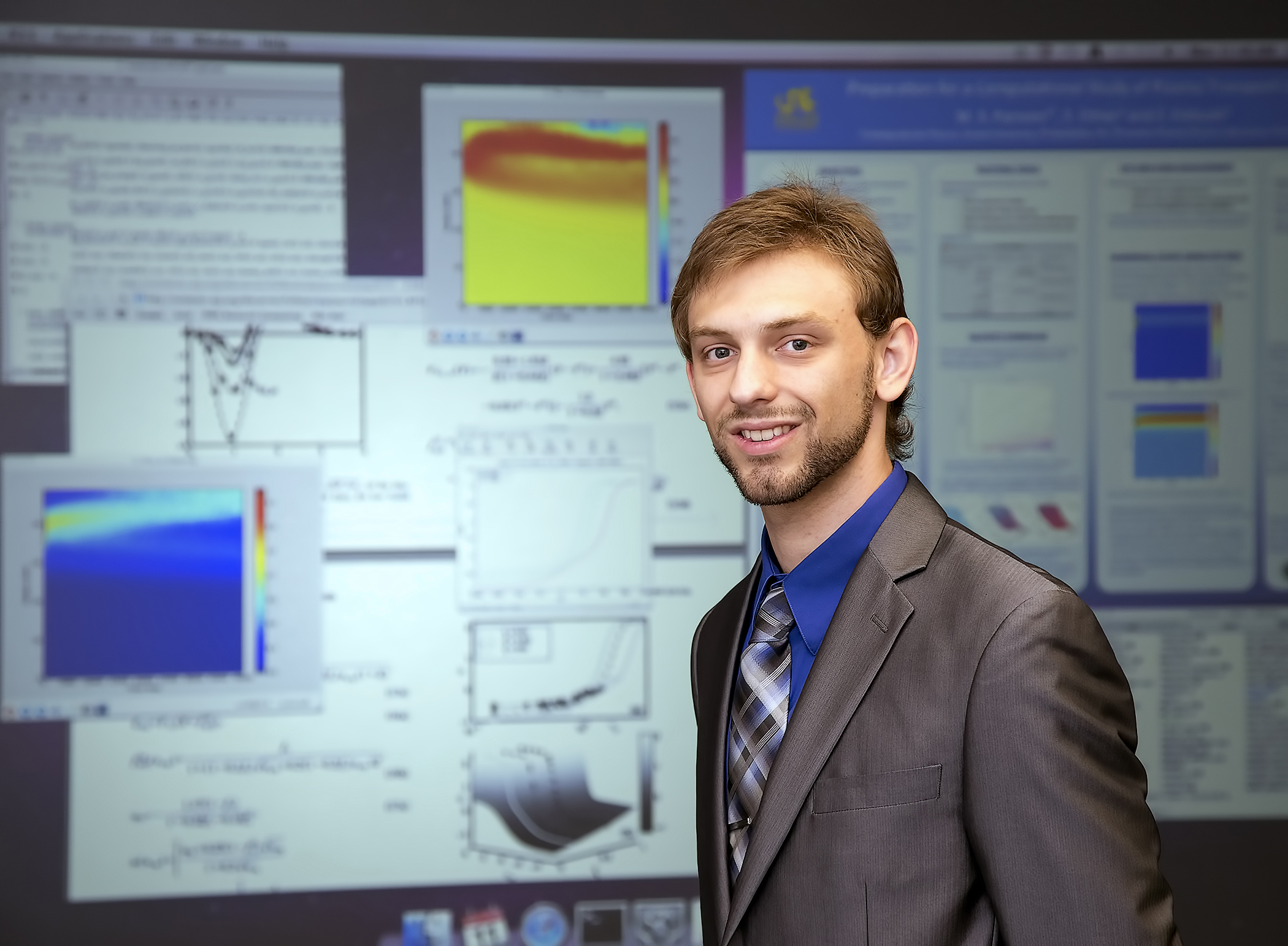 Machine learning, which lets researchers determine if two processes are causally linked without revealing how, could help stabilize the plasma within doughnut-shaped fusion devices known as tokamaks. Such learning can facilitate the avoidance of disruptions — off-normal events in tokamak plasmas that can lead to very fast loss of the stored thermal and magnetic energies and threaten the integrity of the machine. A paper by graduate student Matthew Parsons published in June in the journal Plasma Physics and Controlled Fusiondescribes the application of the learning to avoiding disruptions, which will be crucial to ensuring the longevity of future large tokamaks.

Parsons began research on this topic at the U.S. Department of Energy’s (DOE) Princeton Plasma Physics Laboratory (PPPL) as a member of the DOE’s Science Undergraduate Laboratory Internships (SULI) program. He collaborated with PPPL scientists William Tang and Eliot Feibush as a SULI intern in the summers of 2014 and 2015, and then as a temporary PPPL employee in 2016. “The plasma physics community is very interested in identifying more classifiers to study instabilities and disruptions,” said Feibush. “Matt is ideally qualified to work on this key topic.”

Parsons developed new ways to apply his PPPL research as a Fulbright grantee at ITER, the international tokamak under construction in France, from September 2016 through April 2017 and based the paper on his work there. He currently is enrolled in the doctoral program at the University of Illinois at Urbana-Champaign

“When you use machine learning,” Parsons said, “you consider the models produced by the computer program to be black boxes — you put something into it and then get something out, but don’t always know how the output is related to what you put in. In this paper, I make that black box a little more transparent.”

The black box does not need to uncover the mechanisms behind causal links. For example, a person might observe hundreds of thunderstorms and observe that lightning tends to precede thunder. That person might infer that thunder will again follow lightening during a future storm. But that inference does not include any information about how, exactly, lighting and thunder are related.

Physicists can use machine learning to analyze the behavior of plasma, the hot soup of electrons and charged atomic nuclei corralled by magnetic fields within tokamaks. By feeding data from past experiments into a machine-learning program, scientists can learn which plasma behavior tends to precede disruptions. They can then build a system that monitors the plasma for signs of those disruption precursors, in theory giving the scientists time to steer the plasma towards stability.

“One thing that really excites me about the analysis technique I propose is that it is actually quite simple and could fairly easily be implemented by anyone who is developing these machine learning models,” Parsons says. “All you have to do is take the numerical output of the prediction model, which in some sense describes how close you are to a disruption, change your inputs by a small increment, and compare the new output to the original output. The smaller the change, the more stable the plasma discharge is with respect to the input variables. That is really the core of what I propose.”

Though black-box models tend to be shunned by the physics community, Parsons insists that they could be of service. “As physicists, the way that we look at problems is trying to understand the relationship between what goes into your model and what comes out,” he says. “It’s natural, then, that when we see these black-box models, we think that’s not something we want to deal with because we don’t understand what’s happening.”

However, “a lot of the problems we’re facing in fusion are very technical, and if we could arrive at some of the solutions using machine learning, I think it’s prudent to explore all of the options and not exclude some just because they’re different from our training.”

Support for this research came from PPPL’s lab-directed research and development (LDRD) program and the DOE’s SULI program.