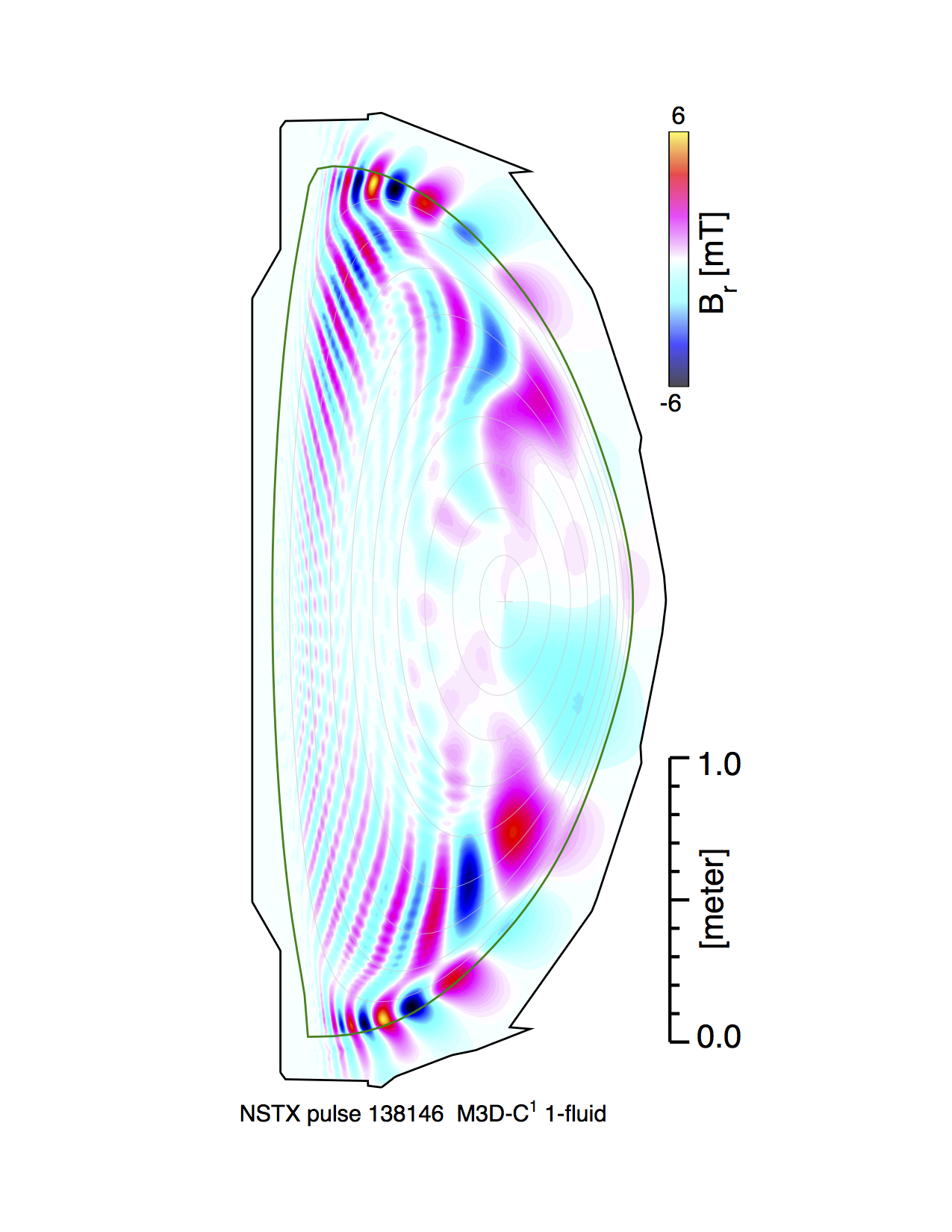 Physicists led by Gerrit Kramer at the U.S. Department of Energy’s (DOE) Princeton Plasma Physics Laboratory (PPPL) have conducted simulations that suggest that applying magnetic fields to fusion plasmas can control instabilities known as Alfvén waves that can reduce the efficiency of fusion reactions. Such instabilities can cause quickly moving charged particles called “fast ions” to escape from the core of the plasma, which is corralled within machines known as tokamaks.

Controlling these instabilities leads to higher temperatures within tokamaks and thus more efficient fusion processes. The research was published in the August issue of Plasma Physics and Controlled Fusion and funded by the DOE Office of Science (Fusion Energy Sciences).

“Controlling and suppressing the instabilities helps improve the fast-ion confinement and plasma performance,” said Kramer, a research physicist at the Laboratory. “You want to suppress the Alfvén waves as much as possible so the fast ions stay in the plasma and help heat it.”

The team gathered data from experiments conducted on the National Spherical Torus Experiment (NSTX) at PPPL before the tokamak was recently upgraded. Then they conducted plasma simulations on a PPPL computer cluster.

The simulations showed that externally applied magnetic perturbations can block the growth of Alfvén waves. The perturbations reduce the gradient, or difference in velocity, of the ions as they zoom around the tokamak. This process calms disturbances within the plasma. “If you reduce the velocity gradient, you can prevent the waves from getting excited,” notes Kramer.

In addition, the simulations indicated that when applied to tokamaks with relatively weak magnetic fields, the external magnetic perturbations could dislodge fast ions from the plasma directly, causing the plasma to cool.