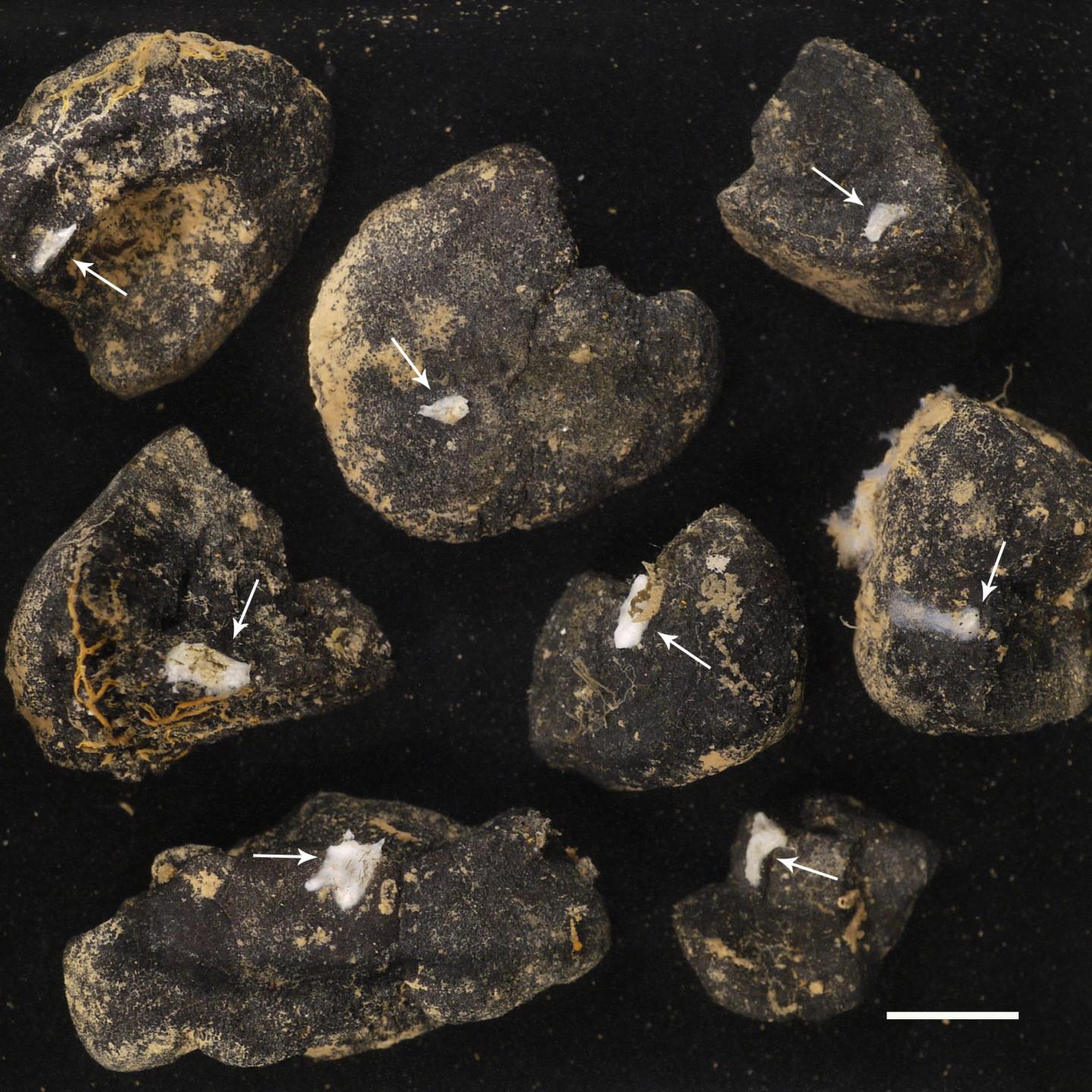 These are polymetallic nodules with Plenaster craigi. White line is 1 cm. Source: The University of Gothenburg

Less than half of our planet’s surface is covered by land. The rest is water, and this environment is home to an enormous range of animal species, most of which remain undiscovered and thus have not yet been named.

A newly discovered species, Plenaster craigi, has turned out to be the most abundant species on the ocean floors. Its habitat is dominated by nodules, which are metal balls the size of grapefruits that have been formed over millions of years and that are found in most big oceans at depths of over 4 000 metres. A new study involving researchers from the University of Gothenburg finds that, as deep-sea mining companies remove the nodules in order to extract the metals inside them, Plenaster craigi will probably disappear entirely from the affected areas.

‘Modern society, with its power lines and advanced batteries, has a great need for cobalt, nickel and copper, metals found in high concentrations in so-called polymetallic nodules on the Pacific seafloor in the Clarion-Clipperton Zone,’ says Thomas Dahlgren from the Department of Marine Sciences, University of Gothenburg.

The sponge Plenaster craigi must filter the water to find small particles with nutrients and energy that after being formed at surface level several kilometres above have slowly fallen down to the bottom.

‘There is not a whole lot of material that makes it all the way to the bottom. Most of it gets eaten by zooplankton and small fish on its way down and is returned to the food web in the ocean’s upper sunlit layer. Consequently, Plenaster craigi must filter large amounts of water to survive. This makes it vulnerable to the sand and mud stirred up when the nodules are harvested and pumped the 4 000 metres to the collection barges waiting at the surface,’ says Dahlgren.

Since 2013 when the sponge was first discovered, the species has temporarily been referred to as Porifera sp. A. Following the recent species description (see link to the article below), the sponge has now been assigned a permanent name, Plenaster craigi.

Plenaster craigi is the only known species of the newly defined genus Plenaster, which means ‘many stars’. Craigi was included in the name to honour Professor Craig Smith at the University of Hawaii, who led the two expeditions during which the animal was first discovered and collected.

The new species can now be used to explore how deep-see mining of minerals affects an environment that has not been touched for billions of years.