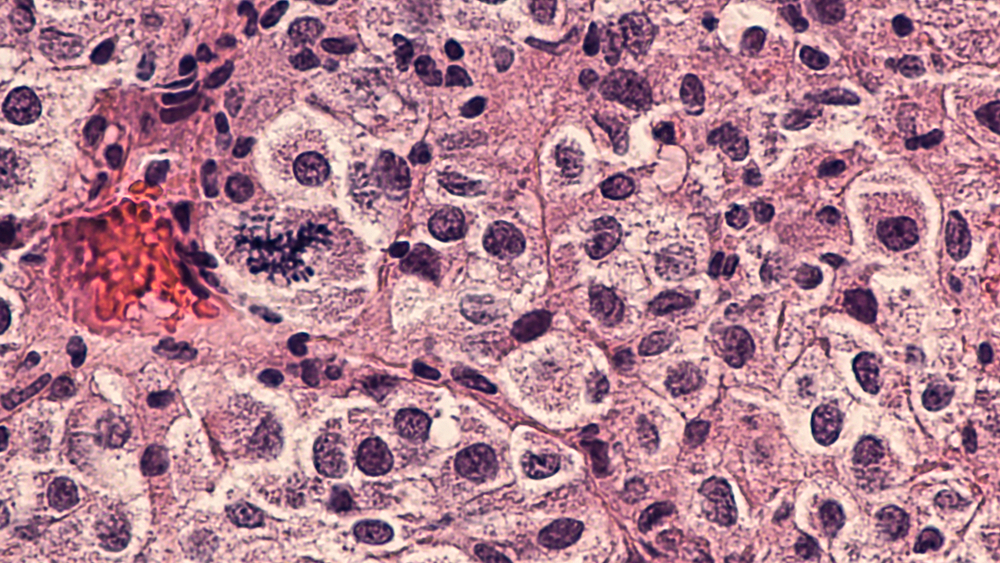 The deadliest cancer of the skin is cutaneous melanoma. In 2017 over 160,000 Americans are expected to be diagnosed with melanoma, and over half will have invasive disease, or one that has gone beyond the skin and which carries greater risk of recurrence. About 9,700 people are expected to die from melanoma this year.

Unlike most common cancers, such as breast and lung cancer, the incidence of melanoma continues to increase, mainly in young people below the age of 30. There has been a more than 50 percent increase in melanoma in young women since 1980.

The vast majority of melanomas are caused by exposure to UV light from sun or indoor tanning. Reducing these exposures by changing habits or using sun protection – sun screens and clothing coverage – is the best way to avoid melanoma and other skin cancers.

As a researcher who studies what makes melanoma spread, or metastasize, I’m acutely aware of how hard this deadly cancer is to tame. To be sure, advances have been made. Former President Jimmy Carter – probably the most high-profile melanoma survivor in history – benefited from new treatments resulting from immunotherapy, a technique my lab and many others are using to combat cancer.

For reasons that aren’t fully understood, even quite small melanomas can spread in the body, or metastasize. Detection very early, when the tumor is less than 1 millimeter thick, allows surgery that provides a near cure.

Survival with the earliest Stage 0 or 1A melanomas, or local disease, is greater than 95 percent at ten years after diagnosis. This fact has prompted the Melanoma Research Foundation to promote its #GETNAKED campaign for monthly skin checks to identify new moles or skin changes that might be an early indication of melanoma. Catching it early is critical because once it spreads, melanoma can become a monster.

First the cancer cells have to leave the vicinity of the primary tumor. They do this by invading through tissue barriers that sustain the normal tissue architecture.

Second, they need to invade through the blood vessel wall to get into the bloodstream.

These two steps are called intravasation, which means “into the blood stream.” Once there, the cancer cells need to survive.

Most cells in normal tissues require cell attachment, or contact with surfaces or other cells, to survive. When normal cells are detached from those contacts, they usually undergo a type of cell suicide called anoikis. This process of cell suicide is lost in many cancers.

The cancer cells then need to leave the bloodstream by invading through the wall of the blood vessel in a process called extravasation. This third step allows the cancer cells to spread to other parts of the body.

Finally, the cancer cells need to adapt and grow in the new environment, such as in the lung or brain.

One unique characteristic of melanoma is that it is not uncommon to have melanoma metastases show up after 10 or more years with no evidence of disease.

These late recurrences may be due to several underlying mechanisms, but one explanation is a process called cellular dormancy. While in this dormant state, cells can not be detected, and it is thought that the patient may have been cured.

Finding a way to prevent dormancy could reduce the chances of a late recurrence of metastatic disease.

Beyond prevention of the cancer in the first place, which is the best approach, there have been tremendous advances in the treatment of cutaneous melanoma. A critical development was the discovery in 2002 that over half of cutaneous melanomas have a mutation in the BRAF gene.

The mutation of this gene plays a key role in melanoma cell growth and proliferation. The BRAF protein is a member of the protein kinase family which has become a major target class for drug development in the pharmaceutical sector.

In 2010, remarkable results were presented on clinical benefits of a BRAF inhibitor, vemurafenib.

A new drug, vemurafenib, has been shown to block the path of a mutated gene called BRAF, seen in more than half of cutaneous melanomas. Author provided., Author provided

In the same year, a major advance in immune therapy for melanoma was reported where ipilimumab, an antibody that enhances the body’s immune responses, showed a significant survival benefit in patients with diffuse metastatic melanoma. These were the first breakthroughs in melanoma treatment in more than a decade.

In addition to these two early developments, other drugs acting like vemurafenib as well as improved immunotherapies have been developed. These have further improved therapy of cutaneous melanoma. Immune modulation has even resulted in long-term survival in a fraction (10-20 percent) of patients.

Despite these advances, however, there are still key problems with current therapies. Many rapidly lose effectiveness; drugs like vemurafenib that were controlling the tumor stop working through the development of resistant cancer cells, often within less than one year.

Also, the immune therapies only benefit a fraction of patients. When combinations of two immune therapy drugs are used to give a better effect on the cancer, the patients’ immune systems begin attacking normal tissues, which leads to autoimmune side effects.

Consequently, we need new approaches to prevent or treat the progression of melanoma and especially the development of metastases.

Work in our lab and that of others has identified a cellular mechanism similar to the BRAF pathway that appears to play a role in the migration and metastasis of melanoma. A pathway is a series of biological steps that lead to changes in cell function, such as growth or migration.

If we could confirm this new pathway as a possible drug target, we may be able to develop a therapy to prevent metastasis.

A protein to examine

In the BRAF pathway, a small protein called Ras works upstream of BRAF to activate it. Ras is one of the most commonly mutated genes in all of cancer biology. The particular version in melanoma is called NRAS. It is mutated and activated in about 20 percent of melanomas. Combined, mutations in BRAF and NRAS are found in 80-90 percent of melanomas. This is why the BRAF pathway is a prime target for therapy.

The new pathway we have identified starts with something called the Rho protein, which is very closely related to Ras.

When this Rho mechanism is activated, cancer cells move more actively and will invade the tissue that surrounds a tumor.

Along with Rho, a second critical player is a protein called MRTF that turns on gene expression (i.e. the production of RNA and proteins) when it is activated. Rho activates MRTF by driving it into the nucleus of the cell, where it can turn on gene expression.

We found that this Rho/MRTF pathway is activated in some melanoma tumors but not others. When it is turned on, the MRTF protein is in the nucleus and the cells migrate very quickly and form large lung metastases when injected into mice.

The rapid invasion into a collagen matrix by the aggressive human melanoma cells with a high level of activity of the Rho/MRTF pathway. Tumor cells were formed into spheres which were embedded in a collagen then watched over 2 days as they invade into the collagen.. Author provided., Author provided

Our lab, in collaboration with Dr. Scott Larsen at the University of Michigan, has developed some chemical inhibitors of the Rho/MRTF pathway. In our recent publication, we showed that one of these compounds was able to reduce melanoma cell migration and invasion in lab studies and to reduce metastasis of a human melanoma to the lung in a mouse model. We observed a remarkable decrease in the number and size of lung metastases in this study.

Our current studies are trying to determine whether measurements of Rho/MRTF pathway activity can be used to predict which melanoma tumors will metastasize and which early-stage melanomas are more likely to recur. If so, identification of high activity would trigger the need for very close clinical monitoring after surgery or possible drug treatment with existing drugs, or our compounds if they become available for clinical use.

We are also trying to determine whether we can prevent metastases only before the cancer cells have arrived in the lung, for example. Alternatively, if we prevent dormancy so that the cells die before setting up shop in the distant tissue or prevent the reactivation of the dormant cells in their new environment, the compounds might work even after the earliest stage of tumor spread.

The road from studies in mice to the clinic is long and full of pitfalls. We are continuing efforts to demonstrate that these compounds are safe enough for human studies in a few years. There are still many questions, but this approach could add a new arrow in the quiver of cancer treatment specialists.