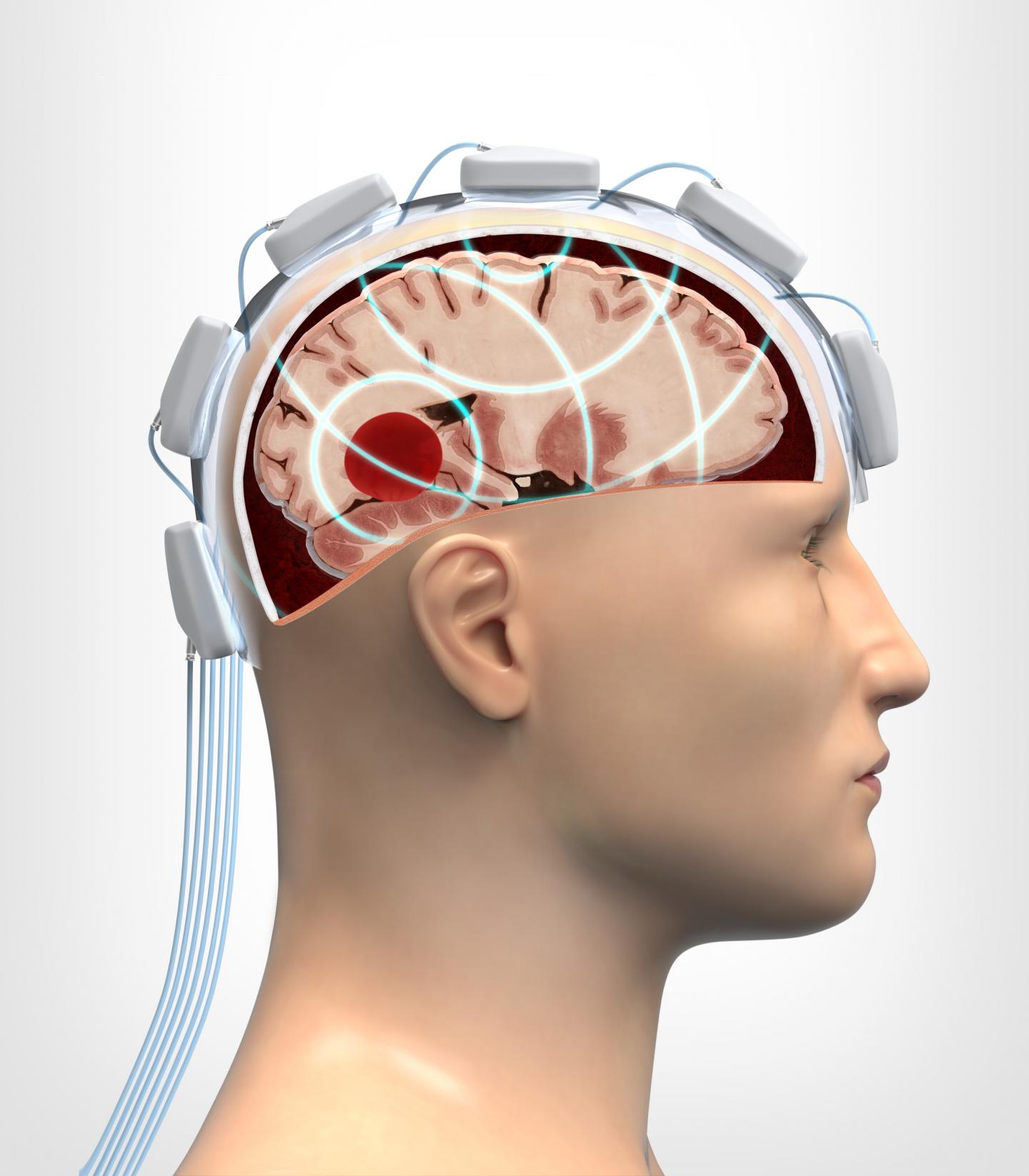 Individual antennas in the system transmit, in sequence, a weak microwave signals through the brain, while other receiving antennas measure the reflected signals. Distinct structures and substances in the brain affect the microwave scattering and reflections in different ways and the received signals provides a complex pattern, as interpreted by using advanced algorithms. Source: Boid

Results from a clinical study demonstrates that microwave measurements can be used for a rapid detection of intracranial bleeding in traumatic brain injuries. A recently published scientific paper shows that health care professionals get vital information and can quickly decide on appropriate treatment if patients are examined using a microwave helmet.

The study compared 20 patients hospitalized for surgery of chronic subdural hematoma - a serious form of intracranial bleeding - with 20 healthy volunteers. The patients were examined with microwave measurements which were compared to traditional CT scans. The results show that microwave measurements have great potential to detect intracranial bleeding in this group of patients.

"The result is very promising even though the study is small and only focused on one type of head injury. The microwave helmet could improve the medical assessment of traumatic head injuries even before the patient arrives at the hospital", says Johan Ljungqvist specialist in neurosurgery at the Sahlgrenska University Hospital. "The result indicates that the microwave measurements can be useful in ambulances and in other care settings."

Further studies of acute head injury patients are ongoing and planned in Sweden and abroad.

"Microwave technology has the potential to revolutionize medical diagnostics by enabling faster, more flexible and more cost-effective care", says Mikael Persson, professor of biomedical engineering at Chalmers University of Technology. "In many parts of the world microwave measurements systems can become a complement to CT scans and other imaging systems, which are often missing or have long waiting lists."

"It is challenging to develop a new clinical methodology, from early tests to a device for clinical use in a hyperacute clinical environment where routine care of patients cannot be delayed. It requires a close collaboration between technical and medical professionals which has been supported by MedTech West, a western Sweden based organization for med-tech research & development driven by clinical need", says Mikael Elam, professor of clinical neurophysiology, Sahlgrenska Academy and University Hospital.