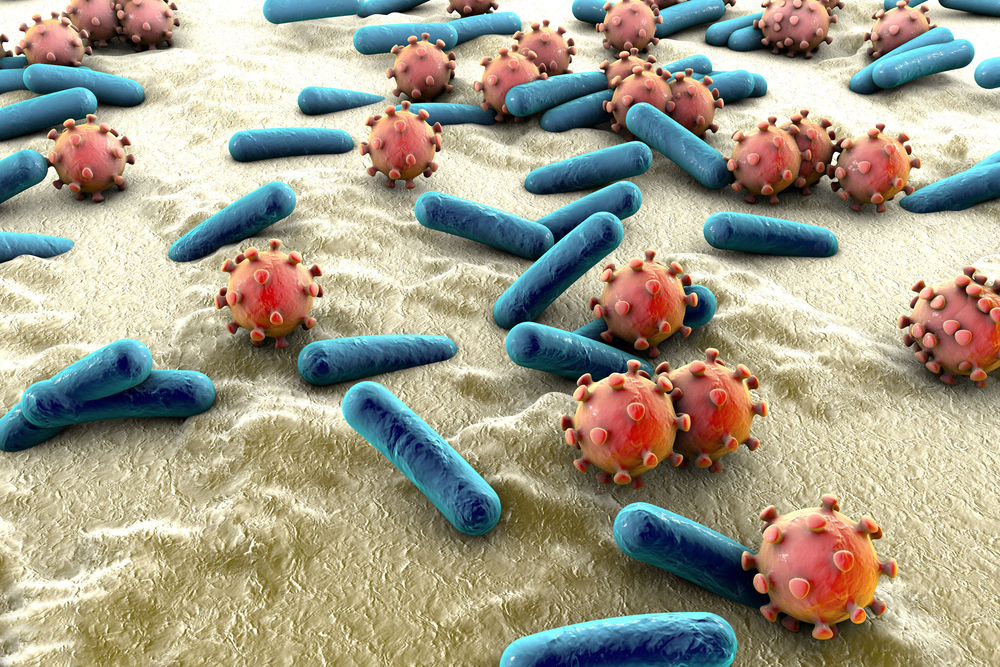 Modern medicine and treatments for bacterial infections and cancer have significantly increased life spans and improved quality-of-life. However, many drugs eventually fail because of the outgrowth and survival of treatment-resistant populations. A collaborative team of researchers from Moffitt Cancer Center’s Integrated Mathematical Oncology (IMO) Program, led by Alexander Anderson, Ph.D., and Oxford University’s Department of Computer Science are using mathematical models to explain how bacteria and cancer cells exploit an evolutionary process known as bet-hedging to resist medical intervention.

“Treatment resistance occurs partly because cell populations are heterogeneous – consisting of a mixture of cells with differing characteristics, some of which are impervious to therapy,” said Anderson. “Heterogeneity is found in all organisms, from bacteria and fungi, to plants, insects and cancer cells, and can serve as a survival mechanism to ensure that at least a portion of the population can survive a catastrophic environmental change.”

Where this heterogeneity arises through mechanisms other than genetic mutation, it is referred to as bet-hedging. Bet-hedging has been identified previously as a mechanism of drug resistance in both bacterial infections and a number of cancers.

It is unclear how the phenomenon of bet-hedging first evolved or how it continues to persist where catastrophic events are rare, as natural selection should theoretically drive its loss in a population. The IMO team performed mathematical modeling, coupled with extensive simulations, to predict the evolutionary origin and fate of bet–hedging. Mathematical modeling allows scientists to study complex biological systems and processes that could not feasibly be studied with common laboratory and clinical experimental approaches.

The researchers report that biological redundancy can lead to bet-hedging through the introduction of random genetic mutations that initially have no impact on the characteristics of a species. Additionally, the molecular mechanism that controls bet-hedging can slow the rate of its loss. Combined, these mechanisms can ensure that bet-hedging is not lost even where catastrophic events do not occur.

These results have important implications for the treatment of diseases that are associated with drug resistance due to bet-hedging. The study’s lead author, Dan Nichol from Oxford University, said, “One strategy with the potential to overcome resistance is called a treatment holiday, wherein a patient ceases treatment for a period of time to prevent strong selection for drug–resistant cells that will ultimately drive relapse.”

Researchers at Moffitt performed simulations showing that the underlying mechanism that controls bet-hedging determines whether a treatment holiday will be beneficial. Other strategies for overcoming bet-hedging-driven treatment-resistant diseases rely on discovering drugs that kill the resistant cells, or identifying targetable genetic mechanisms to prevent their emergence.

The IMO team suggests that these strategies could be ineffective in the long-term as redundancy can render single genetic targets ineffective. Instead, they suggest that it may be possible to identify multiple targets whose combination will prevent bet-hedging, or shift the proportion of resistant cells to a manageable level — allowing treatment with traditional chemotherapeutic drugs or resulting in controlled, rather than expanding, disease.