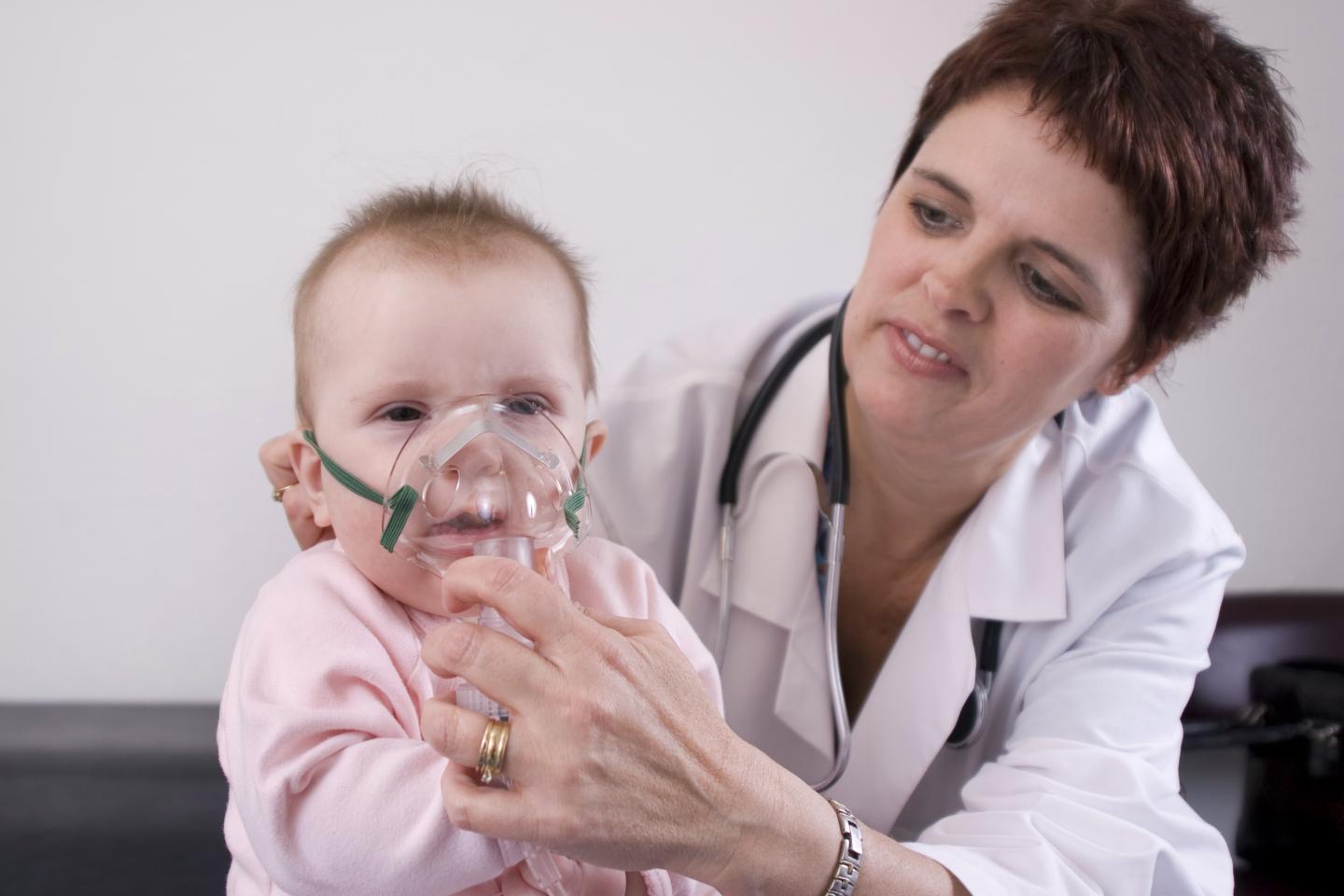 This is an infant with nebulizer. Source: ATC

Preterm babies given the monoclonal antibody palivizumab to prevent respiratory syncytial virus (RSV) also appear less likely to develop recurrent wheeze, at least until the age of six, according to new research published online, ahead of print in the American Thoracic Society’s American Journal of Respiratory and Critical Medicine.

In “Palivizumab Prophylaxis in Preterm Infants and Subsequent Recurrent Wheezing: 6 Year Follow-up Study,” researchers report on multicenter case-control study of 444 Japanese infants born at 33-35 weeks gestation. The primary goal of the study was to determine if palivizumab prophylaxis would prevent the onset of atopic asthma. The drug did not, but it did significantly reduce physician-diagnosed recurrent wheezing up to six years of age.

“Our findings suggests two independent phenotypes of recurrent wheezing in young children: one that is dependent and one that is independent of RSV lower respiratory infection,” said lead study author Hiroyuki Mochizuki, MD, PhD, professor and chairman of pediatrics at Tokai University in Japan.

The researchers found that infants who received at least three doses of palivizumab according to standard medical practice had about half the incidence of physician-diagnosed wheeze by age 6, compared to those who did not receive the drug (15.3 percent vs. 31.6 percent).

A strength of the study was that it was long-term prospective study in 52 centers with a high follow-up rate. The latter was achieved using an innovative method involving QR codes on mobile phones for photographing physician documentation of wheezing during outpatient and inpatient visits.

Study limitations include potential bias due to nonrandomized design. The authors noted that there were only minimal differences in family history of asthma, birth weight and gestational age among those who were treated and those who were not. Children in the untreated group, however, were more likely to live in a home with a smoker and have a family member with a history of allergy — factors that would increase wheezing.

“These results suggest that atopic asthma in children up to age six is probably not due to RSV, but a significant proportion of recurrent wheeze is,” Dr. Mochizuki said.

“Long-term observation of these subjects is planned to consider the impact of RSV infection on lung function in later life.”