About half of the people in the world deal with menstrual hygiene for as long as 30 years of their lives. The use of disposable feminine sanitary napkins has been key to managing menstrual health for decades; an estimated 20 billion sanitary napkins, tampons and applicators are sent to landfill every year in the U.S. alone.

This is part of the problem: they are not biodegradable. In commercial sanitary napkins, superabsorbent polymers (SAP) are added to the absorbent core, which is usually made of cotton, in order to improve absorption capacity. SAPs are desirable for use in sanitary products and diapers as they can absorb many times their own weight in liquid; the average diaper can absorb 30 times its own weight in bodily fluids. But SAPs are petroleum-based materials so they do not degrade readily in landfill — it can take 500 years for a diaper to degrade.

SAPs are also thought to have certain adverse effects on the user’s health. Prolonged contact has been linked to skin reactions such as rashes and even toxic shock syndrome — SAPs were banned from use in tampons in the 1980s for this reason.

Availability of safe, affordable sanitary products is a particularly important issue in developing countries — including India, where we work — as poor menstrual hygiene increases women’s vulnerability to reproductive tract infections, poor reproductive health and the withdrawal of girls from school. Disposable sanitary napkins are currently only used by about 10 percent of women in India, due to a lack of accessibility, affordability and disposability.

What if it were possible to create a new kind of material — one that is more absorbent, less harmful — to the environment and people — and cheaper than existing products? That’s the question asked by researchers, which led them to developing and testing a new nanomaterial.

Menstruation is not an easy topic to discuss, as it is still a taboo in many ways. Chandra S. Sharma, PhD, of the Indian Institute of Technology, put together a team of female students who could provide vital input to the research based on experience. He also had many conversations with his wife, which helped shape the research.

Sharma and his research team anticipated that the absorbency of sanitary products could be increased by increasing the surface area of the fibers that make up the core material. In their new paper in Applied Materials Today, they describe a material made of nanofibers that are spun using electricity — “electrospun.”

The researchers created three types of electrospun nanofiber material — one pure fibers and two with varying amounts of an SAP-type polymer in between the fibers. They tested the morphology, properties and performance of the materials compared to commercially available products. 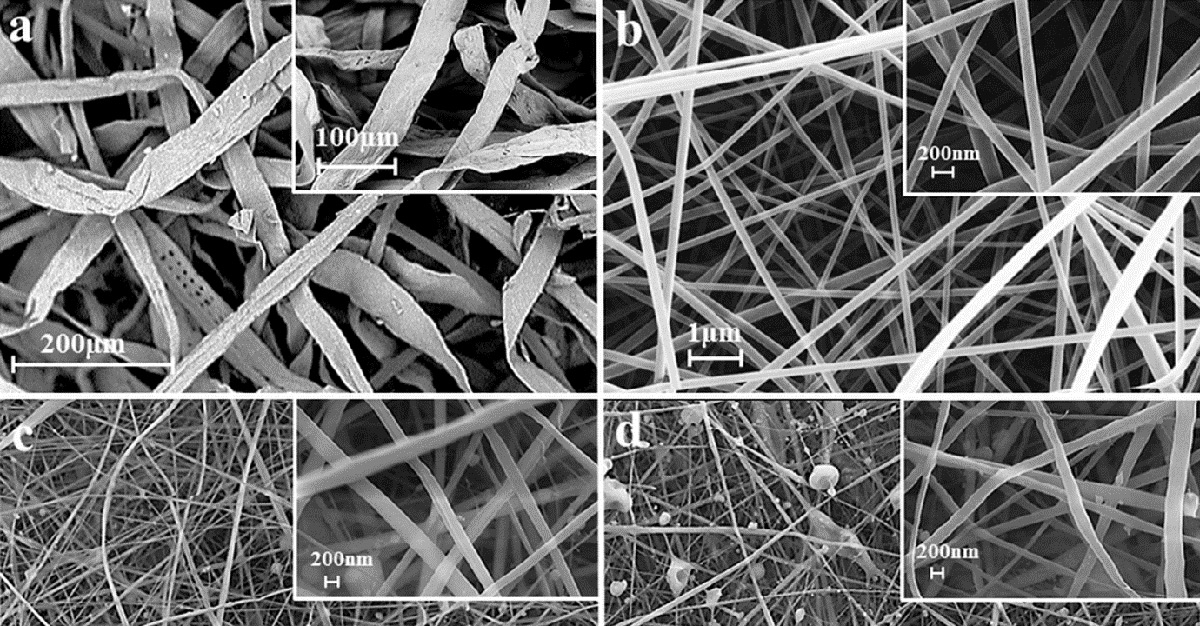 The material used in sanitary napkins is made up of flat, ribbon-like fibers that are about 30 micrometers thick. In contrast, the nanofibers the researchers produced are about 150 nanometers thick — 200 times thinner than the cotton fibers. The nanomaterial is also more comfortable and leaves behind less residue after use.

The results show that electrospun nanofibers outperform commercially available sanitary products in terms of absorbency and comfort, and the researchers think this makes it a good candidate to replace the potentially harmful materials currently used. And because it could help reduce the costs of sanitary napkins, it could improve the accessibility of these and other products to people in developing countries.