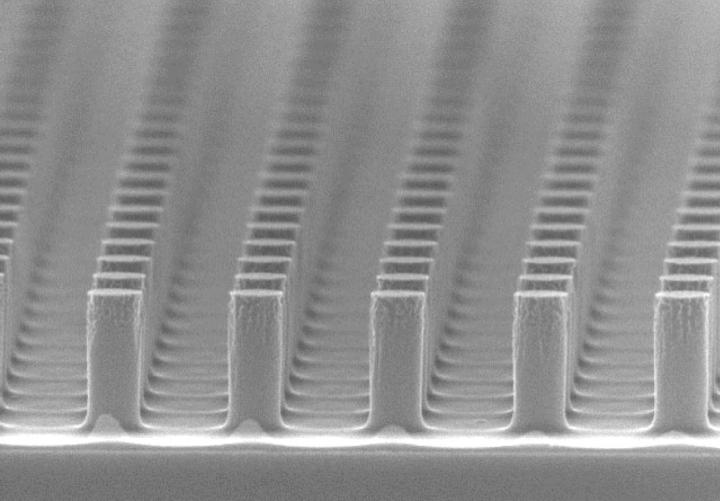 Solar cells convert light into electricity using a bevy of sources, including light from the sun and the burning of natural resources such as oil and natural gas. However, the cells do not convert all light to power equally, which led to scientists attempting to find ways to produce more power.

The flame of a gas burner will shift from red to blue as the heat increases because higher temperatures emit light at shorter wavelengths. Higher heat offers more energy, making short wavelengths an important target in the design of solar cells.

“Current solar cells are not good at converting visible light to electrical power. The best efficiency is only around 20 percent,” Asano said in a statement. “The problem is that heat dissipates light of all wavelengths, but a solar cell will only work in a narrow range.

“To solve this, we built a new nano-sized semiconductor that narrows the wavelength bandwidth to concentrate the energy.”

The researchers were able to use their nanoscale semiconductor to raise the energy conversion rate to at least 40 percent.

Asano and researchers at the Susumu Noda lab had previously attempted to work with higher wavelengths.

“Our first device worked at high wavelengths but to narrow output for visible light required a new strategy, which is why we shifted to intrinsic silicon in this current collaboration with Osaka Gas,” Asano said.

This concept was utilized by the scientists, who etched silicon plates to have a large number of identical and equidistantly-spaced rods, the height, radii and spacing of which was optimized for the target bandwidth.

Susumu Noda, a professor at Kyoto University, explained the benefits of the advancement.

“Our technology has two important benefits,” Noda said in a statement. “First is energy efficiency: we can convert heat into electricity much more efficiently than before.

“Secondly is design,” he added. “We can now create much smaller and more robust transducers, which will be beneficial in a wide range of applications.”