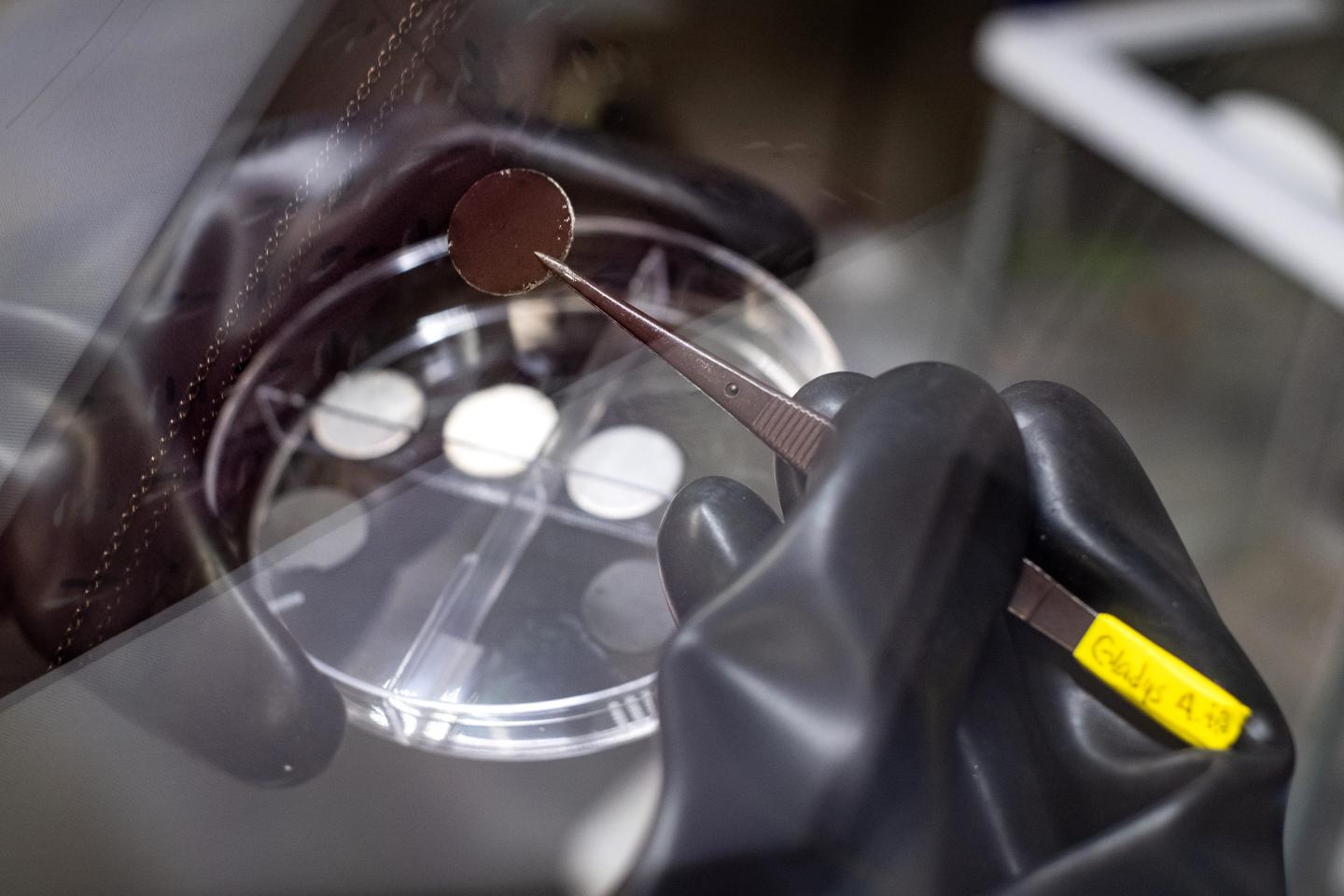 Lately, there has been a growing push for sustainable and off-grid energy storage, which has led to lithium metal being explored as a possible anode in the next generation of batteries. However, lithium metal anodes are often hampered because of the growth of lithium dendrites upon charging and discharging, ultimately compromising the life and safety of the battery.

“What we’ve done turns out to be really easy,” Rice chemist James Tour said in a statement. “You just coat a lithium metal foil with a multiwalled carbon nanotube film. The lithium dopes the nanotube film, which turns from black to red, and the film in turn diffuses the lithium ions.”

“Physical contact with lithium metal reduces the nanotube film, but balances it by adding lithium ions,” Salvatierra said in a statement. “The ions distribute themselves throughout the nanotube film.”

Once the battery is being used, the film will discharge the stored ions. The underlying lithium anode will then refill the ions to maintain the film’s ability to halt dendrite growth.

The researchers effectively stopped the dendrites that grow naturally from unprotected lithium metal anodes in batteries using the thin nanotube films. Dendrites can pierce the battery’s electrolyte core over time and reach the cathode, ultimately causing the battery to fail.

Seeing that problem, researchers have both searched for alternatives to lithium ion batteries and searched for ways to solve the problem.

“One of the ways to slow dendrites in lithium-ion batteries is to limit how fast they charge,” Tour said. “People don’t like that. They want to be able to charge their batteries quickly.”

The tangled-nanotube film effectively quenched dendrites over the course of 580 charge/discharge cycles of a test battery with a sulfurized-carbon cathode developed from previous lab experiments. According to the researchers, the full lithium metal cells also retained 99.8 percent of their coulombic efficiency, which measures how well electrons move within an electrochemical system.