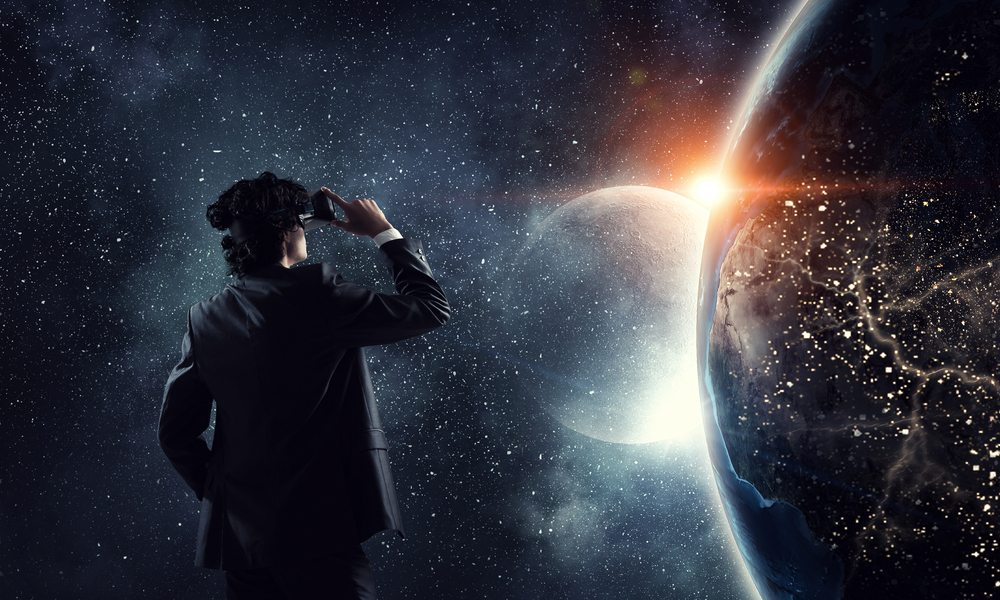 NASA is the latest organization to embrace virtual and augmented reality.

Thomas Grubb, an engineer at NASA’s Goddard Space Flight Center, is leading a team to develop six multidisciplinary pilot projects highlighting the potential of VR and AR applications that could be used by NASA in the future.

“Anyone who followed the popularity of Pokémon Go has seen how the public has embraced this technology,” Grubb said in a statement. “Just as it’s changing the gaming industry, it will change the way we do our jobs. Five years from now, it’s going to be amazing.”

VR generally involves wearing a headset that allows the user to experience and interact with a computer-generated reality. AR doesn’t move the user to a different place, but instead blends digital components into the real world.

Advancements in technology in recent years have been made this possible, due to sophisticated computer technologies that render more realistic 3D experiences.

“For several years, commercial VR and AR technology has been showing promise but without real tangible results,” Ted Swanson, a senior technologist for strategic integration for Goddard’s Office of the Chief Technologist, said in a statement. “However, recently there have been substantial developments in VR/AR hardware and software that may allow us to use this technology for scientific and engineering applications.”

The team, which includes students from the University of Maryland, College Park and Bowie State University, aims to create NASA-oriented applications that can be used by engineers.

“The collaborative capability is a major feature in VR,” Grubb said. “Even though they may work at locations hundreds of miles apart, engineers could work together to build and evaluate designs in real-time due to the shared virtual environment.

“Problems could be found earlier, which would save NASA time and money.”

A collaborative virtual-reality environment where users wear headgear and hand controls to design, assemble and interact with spacecraft using pre-defined, off-the-shelf parts and virtual tools like wrenches and screwdrivers.

A 3D simulation of Goddard’s thermal-vacuum chamber to help engineers determine whether all spacecraft components would fit inside the facility before testing begins.

On-orbit robotic servicing in an augmented app that combines camera views and telemetry data in one location—which could help technicians who operate robotic arms, including those at the International Space Station.

The use of digital elevation maps and lidar data to produce a 3D simulation of terrestrial lava flows and tubes with the aim of developing a proof-of-concept app that would allow scientists to compare remotely collected data with what they observe in the field.

A  3D visualization of space around the sun for mission planning, which involves a constellation of CubeSats surrounding the sun to investigate the structure of the solar atmosphere, including the formation of coronal mass ejections that, when intense and traveling in the right direction, can affect low-Earth-orbiting spacecraft and power grids.

A virtual-reality environment for users to explore and visualize topographical features of Earth’s protective magnetosphere, allowing users to study magnetic reconnection sites that are difficult to interpret without observations from more than one vantage points.