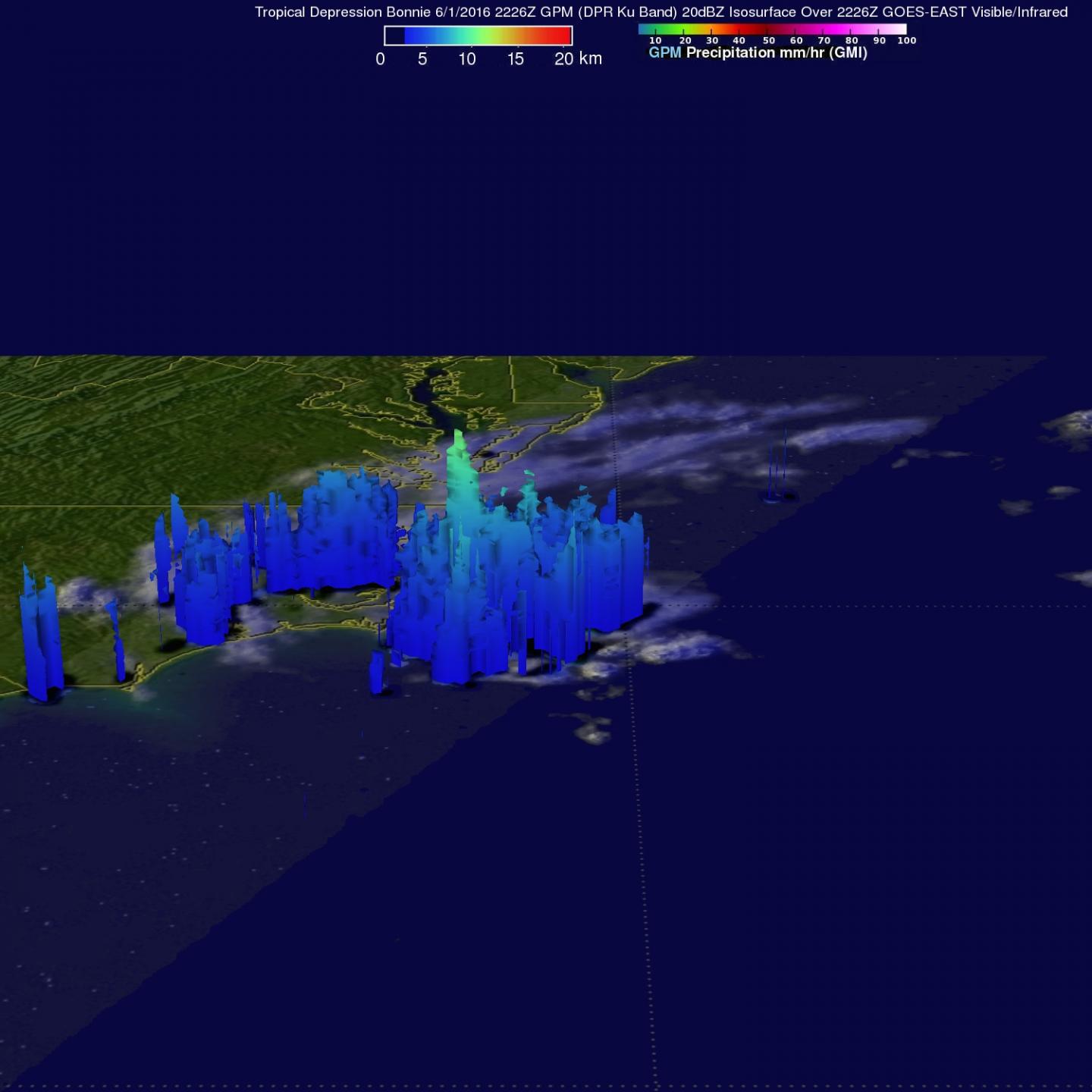 The Global Precipitation Measurement mission known as GPM passed over Tropical Depression Bonnie and found heavy rainfall from a few thunderstorms within.

Tropical Storm Bonnie weakened to a tropical depression on May 29, 2016. The circulation was labeled as “post-tropical” and has been moving very slowly to the northeast near the Carolinas coastline. Bonnie developed organized convection near the center and on June 2, 2016 the system was again labeled a tropical depression.

On June 3, 2016 the National Hurricane Center (NHC) noted that although Bonnie is pulling away from the U.S. East Coast, dangerous surf conditions are still possible along portions of the North Carolina coast, including the Outer Banks, through today. There are no coastal watches or warnings in effect.

The NHC said that depression was moving toward the east-northeast near 8 mph (13 kph), and a turn toward the east with increasing forward speed is expected over the next 48 hours. Maximum sustained winds are near 35 mph (55 kph) with higher gusts. NHC said that some strengthening is possible today, and Bonnie could again become a tropical storm. Weakening should begin by tonight, however, and Bonnie is forecast to become a post-tropical cyclone on Saturday. The estimated minimum central pressure is 1,006 millibars.

By June 4, 2016, increased vertical shear and colder sea surface temperatures are expected to cause Bonnie to again weaken to post-tropical remnants.