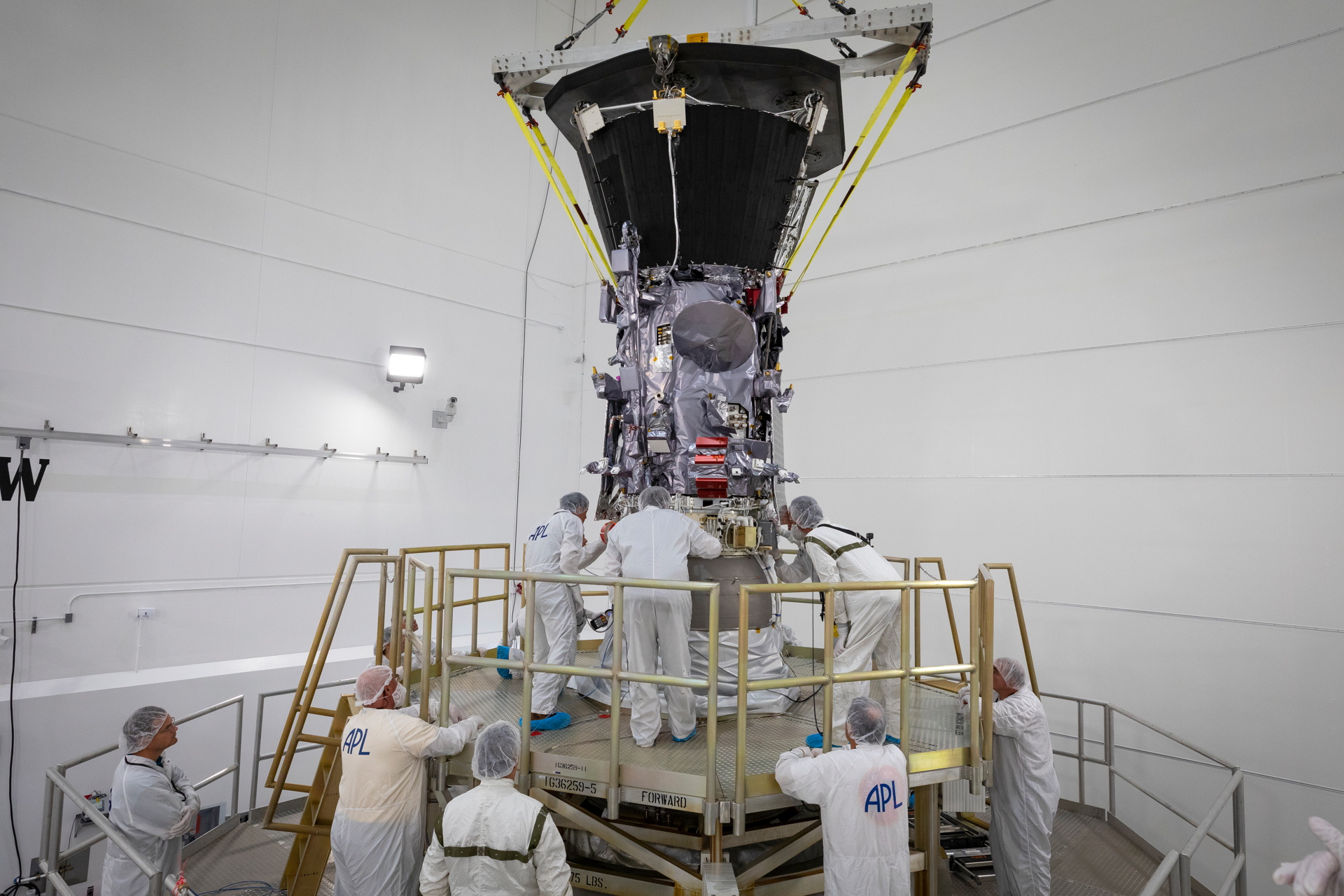 Parker Solar Probe now holds the record for closest approach to the Sun by a human-made object. The spacecraft passed the current record of 26.55 million miles from the Sun’s surface on Oct. 29 at about 1:04 p.m. EDT, as calculated by the Parker Solar Probe team.

The previous record for closest solar approach was set by the German-American Helios 2 spacecraft in April 1976. As the Parker Solar Probe mission progresses, the spacecraft will repeatedly break its own records, with a final close approach of 3.83 million miles from the Sun’s surface expected in 2024.

“It’s been just 78 days since Parker Solar Probe launched, and we’ve now come closer to our star than any other spacecraft in history,” says Project Manager Andy Driesman, from the Johns Hopkins Applied Physics Laboratory in Laurel, Md.

“It’s a proud moment for the team, though we remain focused on our first solar encounter, which begins on Oct. 31.”

Parker Solar Probe was also expected to break the record for fastest spacecraft traveling relative to the Sun on Oct. 29 at about 10:54 p.m. EDT. The current record for heliocentric speed is 153,454 miles per hour, set by Helios 2 in April 1976.

Parker Solar Probe will begin its first solar encounter on Oct. 31, continuing to fly closer and closer to the Sun’s surface until it reaches its first perihelion — the point closest to the Sun — at about 10:28 p.m. EST on Nov. 5.

The spacecraft will face brutal heat and radiation conditions while providing humanity with unprecedentedly close-up observations of a star and helping us understand phenomena that have puzzled scientists for decades.

These observations will add key knowledge to NASA’s efforts to understand the Sun, where changing conditions can propagate out into the solar system, affecting Earth and other worlds.

NASA’s Parker Solar Probe cleared the final procedures in a cleanroom before its move to the launch pad, where it was integrated onto its launch vehicle, a United Launch Alliance Delta IV Heavy.