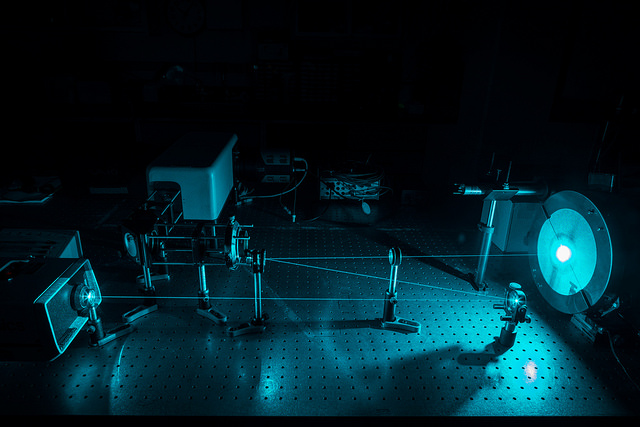 Lasers are just one of the many high-tech products made possible with rare earth elements. Credit: NETL

For more than a century, coal has increased our nation’s prosperity and energy security. Now, researchers at the U.S. Department of Energy’s (DOE) National Energy Technology Laboratory (NETL) are investigating whether this abundant domestic resource could yield yet another potentially game-changing benefit—a domestic supply of rare earth elements.

The term rare earth element may refer to any of 17 chemically similar elements (the lanthanide series in addition to scandium and yttrium) that are essential to technology development and national defense. Covering a wide swath of the periodic table, the lanthanides often have unique properties that cannot be adequately replaced by substituting with other elements. Some elements like terbium and dysprosium are used to make high powered magnets for speakers and hard drives, while others like europium and yttrium are critical for satellite communications, guidance systems, and other tools important for the U.S. Department of Defense. Rare earths are only tiny parts of these products and technologies, but without them, this enormous global market could not exist.

Today, the United States imports nearly all its rare earth supply from China, but that hasn’t always been the case.

In the 1960s, color televisions became ubiquitous in American homes, and manufacturers required a reliable supply of the rare earth europium to make these new screens. Fortunately, bastnäsite ore, a source of many rare earths, had been discovered in the mountains of California a decade prior. Because of the increased need for rare earths, the small-scale mining operation quickly expanded into a booming industry and launched the United States as the leading global supplier of rare earths.

Near the turn of the 21st century, markets began to shift. Among other factors, competition from overseas rare earth mines eroded U.S. dominance in the rare earths market, and by 2009, China was exporting almost all the world’s supply of rare earths. While initially providing cheaper prices, reliance on a foreign supply of rare earths has made the United States vulnerable to disruptions in overseas markets, underscoring the need for a new domestic source.

Researchers at NETL are moving from the mine to the laboratory and hope to usher in a new era of domestic rare earth supplies through innovation. Their research centers on extracting the valuable elements from coal and coal by-products—a unique solution to an important challenge.

Dr. Granite explained that the United States consumes around 16–17 thousand tons of rare earths each year, and this demand could be completely satisfied by extracting rare earths from domestic coal and coal by-products.

Coal reserves are not the only potential sources of rare earths. Each year, the United States typically produces around 75-100 million tons of coal fly ash, which contains an even higher concentration of rare earths (more than 400 ppm). Furthermore, clays and shales located above and below coal seams could also serve as possible sources, because they contain approximately 200 ppm of rare earths. DOE-NETL initiated the Rare Earth Elements Program in 2014 to help secure a domestic supply of rare earths by addressing the feasibility of separating and extracting REEs from coal and coal by-products including fly ash, coal refuse, and acid mine drainage.

NETL’s in-house research efforts on obtaining rare earths from coal and coal by-products begins by sampling, analyzing, and characterizing the nation’s supply of coal. While the name “rare earths” might imply a scarcity of these elements, they are fairly plentiful in the Earth’s crust. 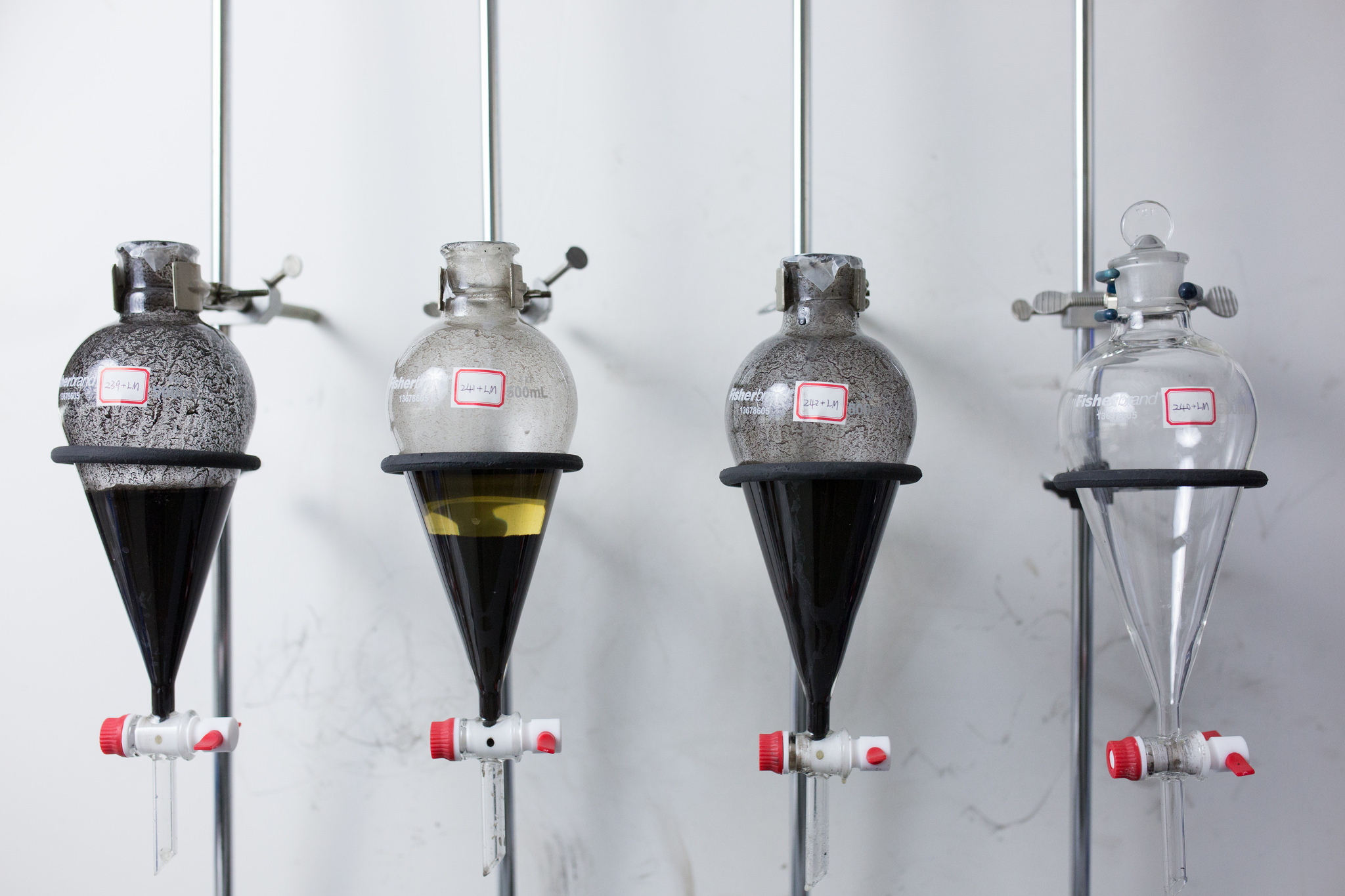 NETL is developing techniques for characterizing rare earths in solid and liquid matrices are also being used to make effective field probes. Researchers have found that using laser induced breakdown spectroscopy (LIBS) may solve some of the challenges concerning qualitative detection of rare earths in solids, while a fluorescence-based fiber optic-coupled probe integrated with sensitizers showed promise for rare earth detection at very low concentrations (i.e., parts per million) in aqueous liquids.

NETL expertise in computer modeling also factors in to research efforts. To simulate rare earth separation and optimization of the separation process, the Laboratory is developing advanced computation fluid dynamics (CFD) software. These models save time and money by allowing researchers to optimize process separation designs in a virtual space. Ultimately, the modeling capabilities will be packaged as a generalized toolset for public distribution as part of a technology transfer.

While NETL is making great strides toward securing a domestic supply of rare earths, there is still more work to be done. According to NETL Technology Manager Mary Anne Alvin, “As the current REE Program grows, we anticipate that the REE research portfolio will expand from research conducted in-house and with our current external partners, to research involvement at other national laboratories and additional small business innovation efforts.”

The NETL work could result in a promising future for coal and coal-based resources where none existed domestically before. By working on ways to extract rare earths from coal and its by-products, NETL is unlocking innovations that could secure an environmentally sound, domestic supply of rare earths, making one of America’s most abundant natural resources part of the products people use every day.