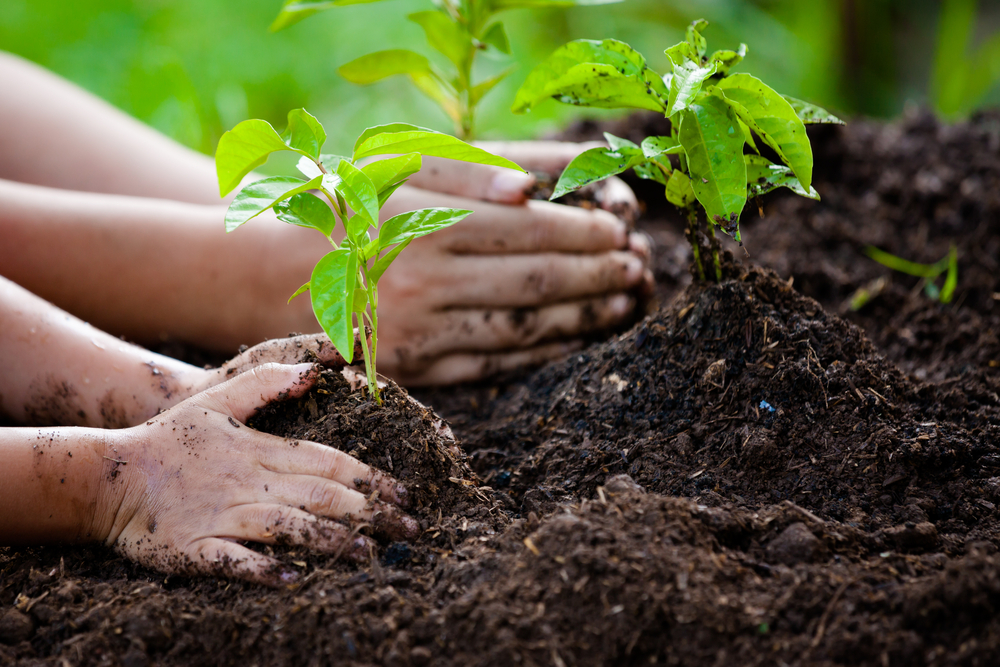 Scientists have turned to nature’s own ‘laboratory’ for clues about how plants adapt in the environment to ensure their own survival.

A study led by researchers at The University of Nottingham has suggested that while plants evolve to adapt to their conditions, they also maintain a small degree of diversity to stay one step ahead of changing conditions.

The research, published in the journal PNAS, could help to further our understanding into how food crops of the future could be bred to be more resilient to keep pace with demand from a growing global population.

The study focused on the model plant Arabidopsis thaliana, or thale cress, comparing plants growing in salty, coastal regions with those thriving inland.

It found a surprising result. The saltier the location, the more plants had a natural genetic variant that made them more tolerant of sodium – but strangely not all the coastal plants shared the gene.

The scientists believe that because the salinity levels in the soil are fluctuating, due to a combination of the seaspray and natural rainfall, the diversity of the population becomes more important to enable the plants adapt to the changes in their environment.

Associate Professor Levi Yant, in the University’s School of Life Sciences, was co-lead investigator on the study. He said: “It’s fascinating that these populations rapidly respond to climate change by maintaining diversity which was brought in from elsewhere. In this way, this ‘adaptability’ of the population is not solely made from local innovation, but rather by holding on to diversity.

“This study shows that the sum is better than its parts: maintaining diversity in populations can allow rapid adaptation to volatile climate.”

Dr. Yant has worked in collaboration with David Salt, Professor of Genome Enabled Biology in the University’s School of Biosciences, as part of the Future Food research Beacon of Excellence, which is aimed at addressing the challenge of a growing population in a changing world.

Investigating natural evolution is not only fascinating but can also help us to develop future crops. The focus of recent research has been on understanding how plants adapt to landscapes. Landscapes have different properties at different locations, for example mountains versus coastal areas, and as plants are unable to move, they must adapt genetically over time to cope with changing conditions.

By looking at this natural ‘laboratory’, a biodiversity reservoir, it is possible to examine what makes them adaptable.

Previous lab-based experiments found evidence of a gene involved in controlling the accumulation of salt in the plants and established that this natural genetic variation occurs in coastal Arabidopsis thaliana.

For the latest study, experiments were set up in the field on the Iberian Peninsula to find out in what way the plants growing by the coast might be better adapted to their conditions. Corresponding experiments were established at an inland location within a 30 km range. Success was measured by the production of seeds from the plants.

It found that all the plants with the natural genetic variation grew less than 1.5 km from the coast and did not grow inland.

But surprisingly, it also found that those that grew very close to the coast – less than 500 m from the sea – did not have the gene. The variation was contained between 500 m and 1 km from the sea and the populations in that area were a mixture of gene variant plants and those without.

The population is more resilient by having both plants with the salinity regulating gene and those without, which bring up questions for agriculture – does maintaining mixed populations provide more resilience in the long term? And if we grow wheat of various types, does the population withstand changing climatic conditions better over time?

Learning about this could help us to develop crops that are better able to cope with environmental stressors like high salt levels in soil or drought conditions.

Dr. Yant added: “Here we see a hint of the extraordinary complexity and refined, adapted systems in nature. Next steps include massive-scale ‘landscape genomic’ sequencing efforts to expand this view, to reveal a deeper view of evolutionary adaptation.”