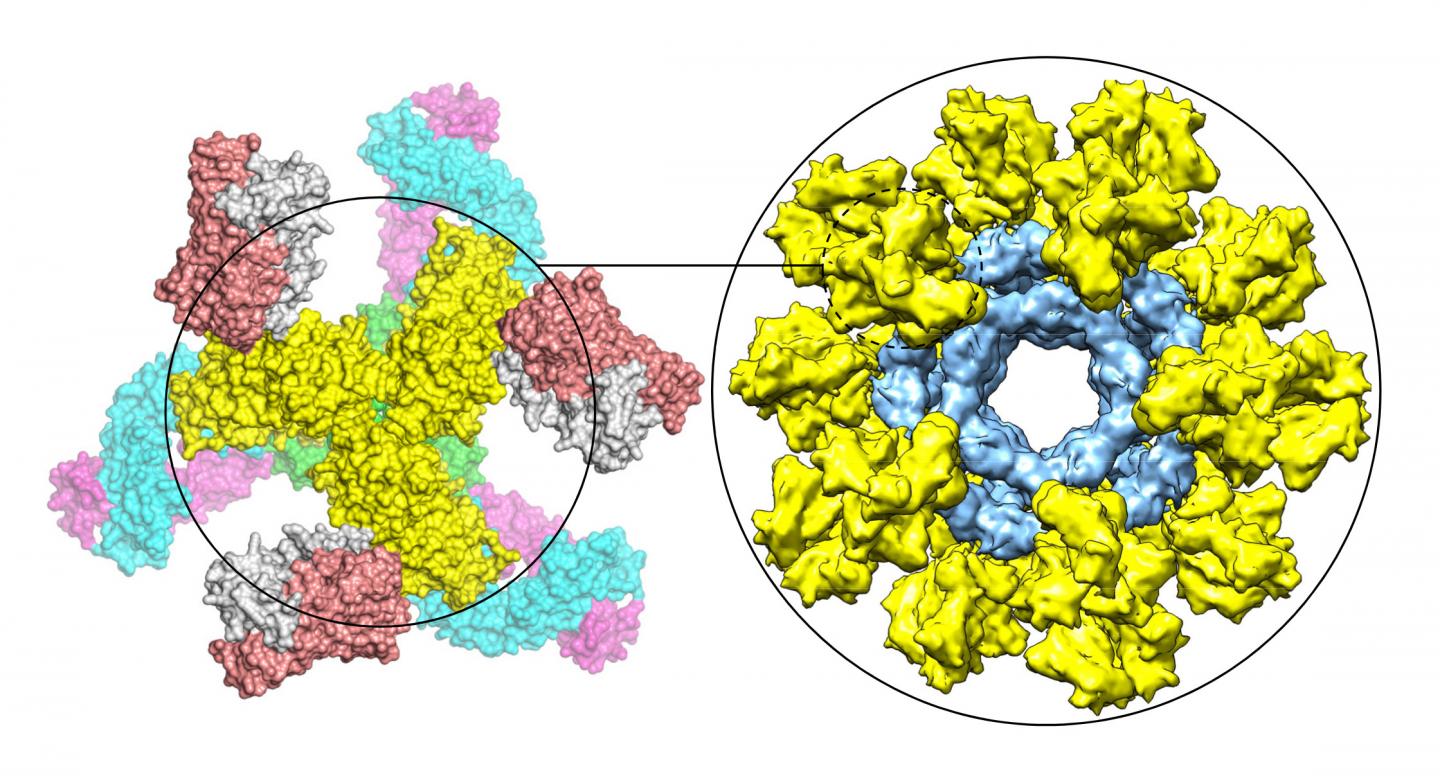 Scripps Research scientists have developed a new HIV vaccine strategy based on the HIV envelop protein Env, a complex, shape-shifting molecule that has been difficult to produce in vaccines in the past.

The research team found a new, simple method to stabilize the Env proteins in a desired shape, even for diverse HIV strains, and mount them on virus-like particles to mimic a whole virus and elicit robust anti-HIV antibody response in mice and rabbits. They are now testing vaccine candidates in monkeys based on this strategy.

“We see this new approach as a general solution to the long-standing problems of HIV vaccine design,” principal investigator Jiang Zhu, an associate professor in the Department of Integrative Structural and Computation Biology at Scripps Research, said in a statement.

Copies of Env are able to grab hold of host cells and break into them to initiate infection, making it the viral structure with the most exposure to the immune system of an infected host.

Previous efforts to target Env for HIV vaccines have tried to inoculate HIV patients with the entire Env protein or sub-units of it to stimulate the production of Env-binding antibodies. With this approach, researchers hoped that the antibodies would prevent the virus from infecting host cells in future exposures to HIV.

However, thus far this approach has not yielded a vaccine that has been effective in large-scale clinical trials.

Env protrudes from the viral membrane on an HIV virus in tight clusters of three, known as trimers, and adopts radically different shapes before and after infecting cells.

Researchers, despite significant time and money commitments, have failed to find a broadly applicable method for stabilizing Env trimers in the desired, pre-infection shape.

“The trimer-stabilization solutions that have been reported so far have worked for a few HIV strains but have not been generalizable,” Zhu said. “Env trimer ‘metastability,’ as we call it, has really been a central problem for trimer-based HIV vaccine design.”

The Scripps Research scientists were able to modify a short, springy section of Env called HR1 to allow Env to stay in the pre-infection “closed” shape. They were able to prove in the new study that this approach works for Env trimmers from diverse HIV strains circulating in different parts of the world.

The technique, dubbed the uncleaved prefusion-optimized (UFO) approach, produces Env trimers that are stabilized in the closed shape that can be produced efficiently with little need for purification in the types of cells commonly used in biotechnology manufacturing.

“By now in my lab we’ve made this modification to Envs from 30 to 40 different HIV strains, and in most of the cases it has worked like a charm,” Zhu said.

The researchers further optimized the vaccine strategy by genetically linking up to 60 stabilized Env trimers at a time to individual nanoparticles that mimic the globular shape of a whole virus.

In mice, a sample of Env-on-nanoparticle vaccine elicited antibodies that successfully neutralized a naturally circulating HIV strain of a type that prior candidate vaccines have failed against.

“This is the first time any candidate HIV vaccine has induced this desired type of antibody response in mice,” Zhu said, adding that unprecedented results were also obtained in rabbits.

Zhu and Scripps Research have licensed their HIV vaccine technology to a startup company, Ufovax LLC, which is sponsoring the ongoing tests.

“We’re now testing two candidate vaccines based on Env trimers from different HIV strains, plus a third candidate vaccine that is a cocktail of three Env-based vaccines,” Ji Li, Ufovax CEO, said in a statement. “We think this new approach represents a true breakthrough after 30 years of HIV vaccine research.”