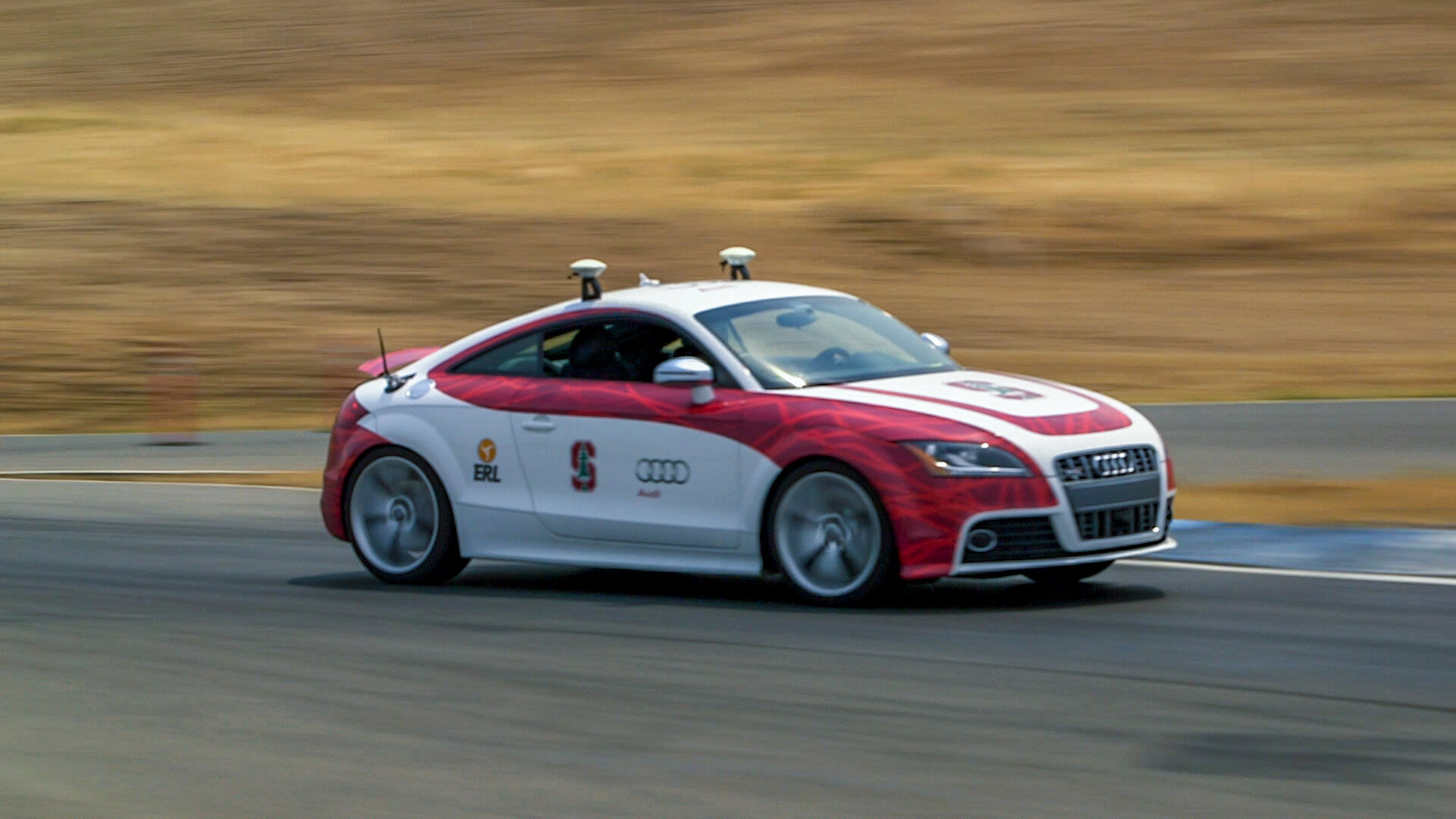 One of the biggest concerns regarding the future of self-driving vehicles is how they will handle different and unexpected conditions.

Stanford University researchers have created a new technique to control autonomous cars by integrating prior driving experiences that enable the vehicle to perform better in extreme and unknown conditions.

The researchers tested their new system at the limits of friction on a racetrack using both an autonomous Volkswagen GTI named Niki and an autonomous Audi TTS named Shelley.

“Our work is motivated by safety, and we want autonomous vehicles to work in many scenarios, from normal driving on high-friction asphalt to fast, low-friction driving in ice and snow,” Nathan Spielberg, a graduate student in mechanical engineering at Stanford and lead author of the paper, said in a statement. “We want our algorithms to be as good as the best skilled drivers—and, hopefully, better.”

Current systems for self-driving vehicles rely on in-the-moment evaluation of the environment. The new system incorporates data from the vehicle’s recent maneuvers and past driving experiences—including trips Niki took around an icy test track near the Arctic Circle.

Autonomous vehicle control systems require access to information about the available road-tire friction, which dictates the limits to how hard the car can brake, accelerate and steer in order to stay on the road during the critical emergency scenarios. It is often difficult to plan an emergency maneuver on ice where you have to provide details like the road-tire friction in advance because it is often variable and difficult to predict.

To overcome these limitations, the researchers developed a more flexible, responsive control system with a neural network that integrated data from past driving experiences at Thunderhill Raceway Park in Willows, California and a winter test facility with foundational knowledge provided by 200,000 physics-based trajectories.

“With the techniques available today, you often have to choose between data-driven methods and approaches grounded in fundamental physics,” J. Christian Gerdes, a professor of mechanical engineering and senior author of the paper, said in a statement. “We think the path forward is to blend these approaches in order to harness their individual strengths. Physics can provide insight into structuring and validating neural network models that, in turn, can leverage massive amounts of data.”

The researchers first had Shelley speed around a racetrack being controlled by a physics-based autonomous system that was pre-loaded with set information about the course and conditions.

After 10 consecutive trials, the researchers compared Shelley with a skilled amateur driver that generated comparable lap times. Next, the researchers loaded their new neural network system into Niki, which ran similar to both the learned and physics-based systems, despite lacking the explicit information about road friction.

In the simulated tests, the new system outperformed the physics-based system in both high-friction and low-friction scenarios, performing particularly well in scenarios that mixed the two conditions.

One of the limitations, however, is that the neural network does not perform as well in conditions outside of the ones it has already experienced. The researchers did say that as self-driving vehicles generate additional data to train the network, the cars should be more adept at handling a wider range of conditions.

“With so many self-driving cars on the roads and in development, there is an abundance of data being generated from all kinds of driving scenarios,” Spielberg said. “We wanted to build a neural network because there should be some way to make use of that data. If we can develop vehicles that have seen thousands of times more interactions than we have, we can hopefully make them safer.”

The study was published in Science Robotics.