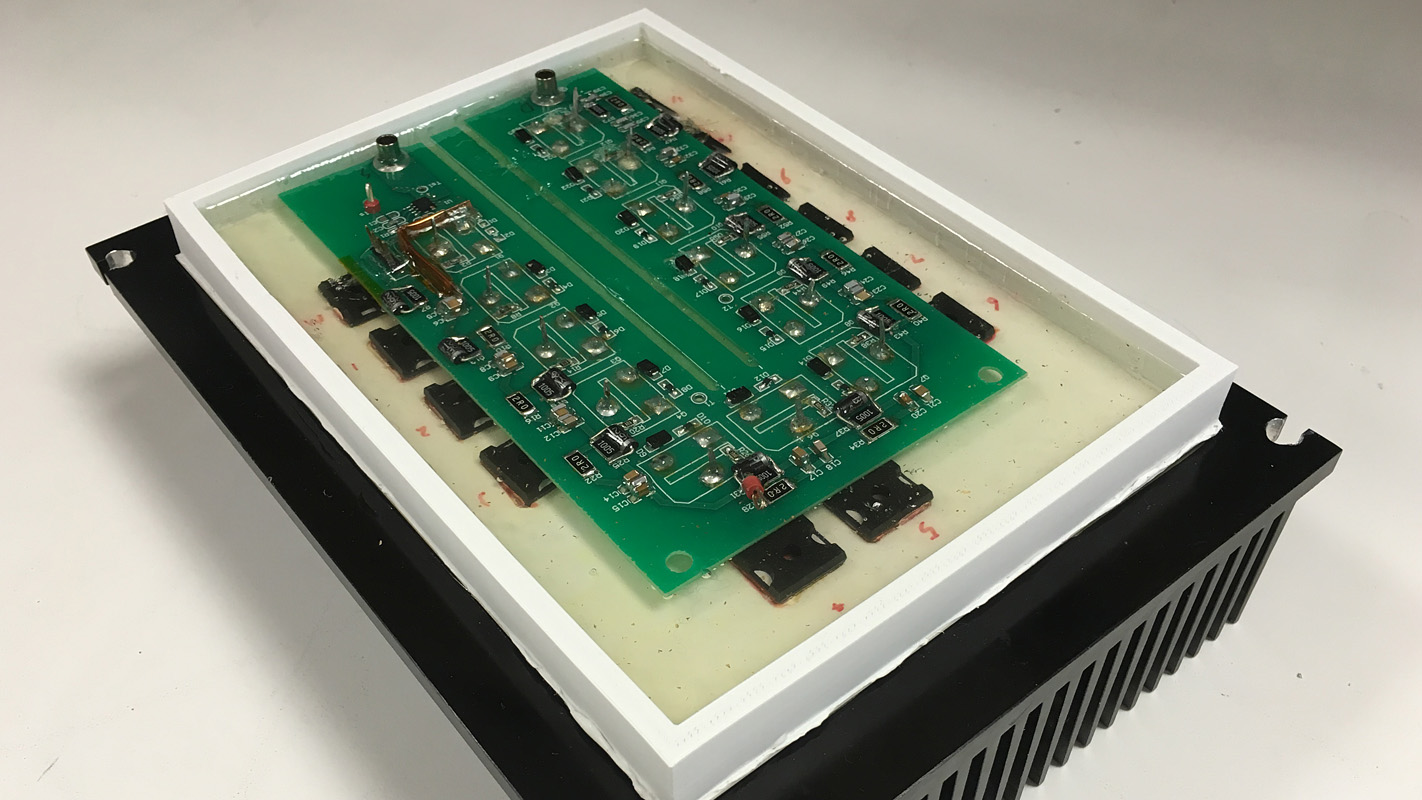 Wide bandgap semiconductors, such as SiC, show tremendous potential for use in medium- and high-voltage power devices because of their capability to work more efficiently at higher voltages. Currently though, their high cost impedes their widespread adoption over the prevailing workhorse and industry standard – insulated-gate bipolar transistors (IGBT) made from silicon – which generally work well but incur large energy losses when they are turned on and off.

The new SiC power switch, however, could cost approximately one-half the estimated cost of conventional high voltage SiC solutions, say Alex Huang and Xiaoqing Song, researchers at NC State’s FREEDM Systems Center, a National Science Foundation-funded engineering research center. Besides the lower cost, the high-power switch maintains the SiC device’s high efficiency and high switching speed characteristics. In other words, it doesn’t lose as much energy when it is turned on or off.

The power switch, called the FREEDM Super-Cascode, combines 12 smaller SiC power devices in series to reach a power rating of 15 kilovolts (kV) and 40 amps (A). It requires only one gate signal to turn it on and off, making it simple to implement and less complicated than IGBT series connection-based solutions. The power switch is also able to operate over a wide range of temperatures and frequencies due to its proficiency in heat dissipation, a critical factor in power devices.

“Today, there is no high voltage SiC device commercially available at voltage higher than 1.7 kV,” said Huang, Progress Energy Distinguished Professor and the founding director of the FREEDM Systems Center. “The FREEDM Super-Cascode solution paves the way for power switches to be developed in large quantities with breakdown voltages from 2.4 kV to 15 kV.”

The FREEDM Super-Cascode switch was presented by Xiaoqing Song, a Ph.D. candidate at the FREEDM Systems Center under Huang’s supervision, at the IEEE Energy Conversion Congress & Exposition (ECCE 2016) held in Milwaukee from Sept. 18-22, 2016.