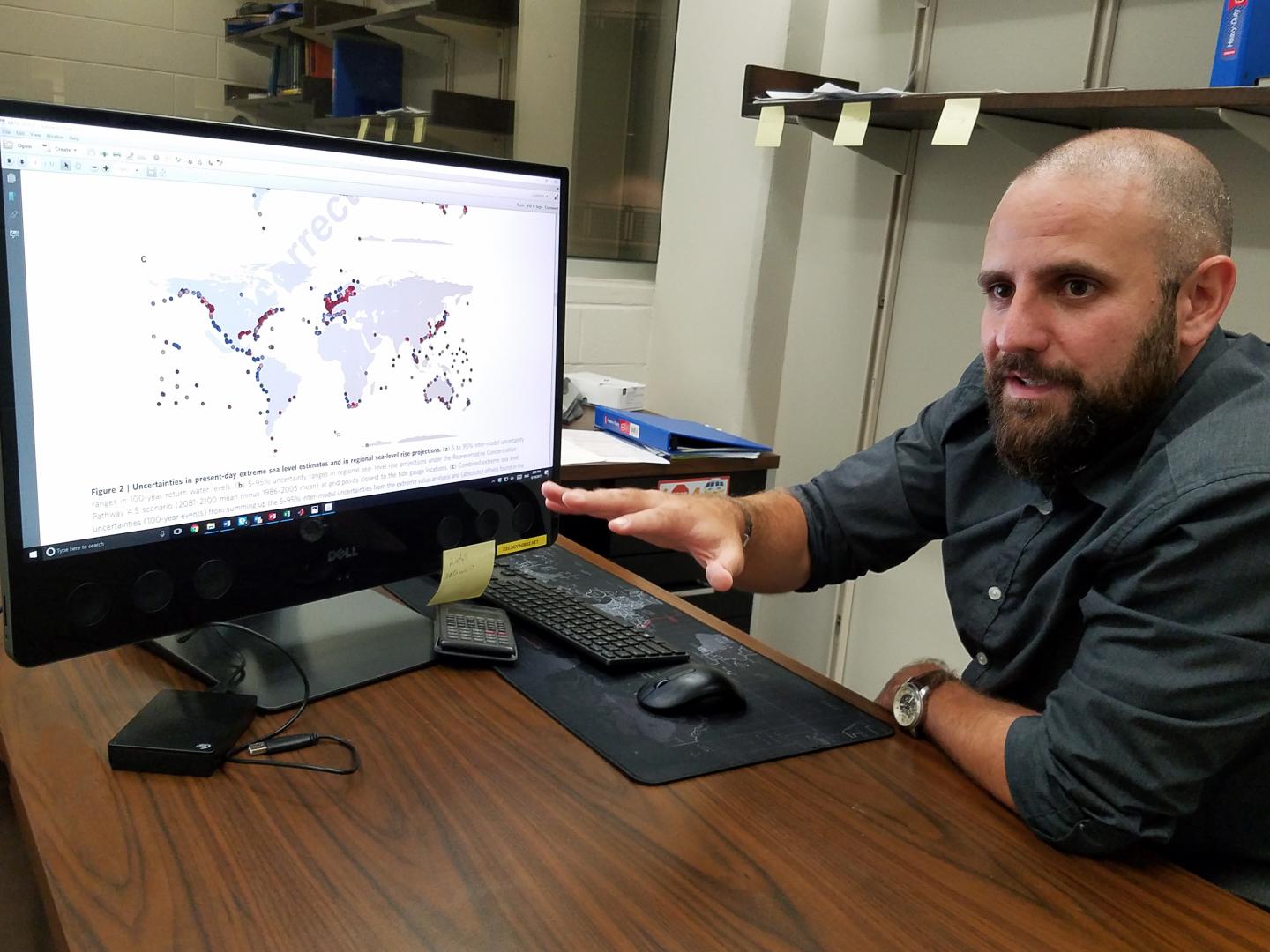 Improving projections for how much ocean levels may change in the future and what that means for coastal communities has vexed researchers studying sea level rise for years, but a new international study that incorporates extreme events may have just given researchers and coastal planners what they need.

The study, published today in Nature Communications uses newly available data and advanced models to improve global predictions when it comes to extreme sea levels. The results suggest that extreme sea levels will likely occur more frequently than previously predicted, particularly in the west coast regions of the U.S. and in large parts of Europe and Australia.

“Storm surges globally lead to considerable loss of life and billions of dollars of damages each year, and yet we still have a limited understanding of the likelihood and associated uncertainties of these extreme events both today and in the future,” said Thomas Wahl, an assistant engineering professor in the University of Central Florida who led the study. He is also a member of UCF’s Sustainable Coastal Systems Cluster.

The study was conducted to make data about extreme events a part of the ongoing research and planning required to help communities prepare now for conditions that may be dramatically different in the not-too-distant future.

Extreme sea levels are typically caused by a combination of high tides, storm surges, and in many cases waves, Wahl said.

When an extreme event collides with continually rising seas, it takes a less intense storm, such as a Category I hurricane, to inflict as much coastal damage as a Category II or III storm would have had when the seas were lower.

Because of the rising sea levels, which research has confirmed has occurred steadily during the past century and is expected to accelerate in the future, extreme events that are now expected to happen, on average, only once every hundred years, could occur every decade or even every year, in many places by 2050, the study said.

Using a representative sample of 20 different methods for predicting extreme sea levels the researchers focused intensely on the measures of uncertainty that accompany any prediction, but that are particularly vexing in the analysis of extremes.

Interspersing sea level rise with the latest predictions of extreme sea level events, the research team was able to illustrate the dramatic effect one has on the other and pinpoint regions of the world that are especially threatened.

“In order to understand coastal impacts under current and future climate and socio-economic conditions, we do not only need robust projections of mean sea level rise but also a profound knowledge of present-day and future extreme sea levels, because these events drive the impacts,” Wahl said.

The researcher team agreed that including extreme sea levels into coastal impact studies is imperative in helping vulnerable parts of the world effectively protect themselves by adapting through new or upgraded infrastructure such as dikes, pumping systems, barriers, or other tools like new building codes or flood zoning that prevents new infrastructure from being built in high-risk areas.

“Based on our results we can see, for the first time globally, what role uncertainties in extreme sea level predictions play,” said study co-author and associate professor Ivan Haigh of the University of Southampton, UK. “It helps identify hotspots where we can focus on in more detail, performing localized studies to reduce the uncertainties and improve our confidence in the results.”