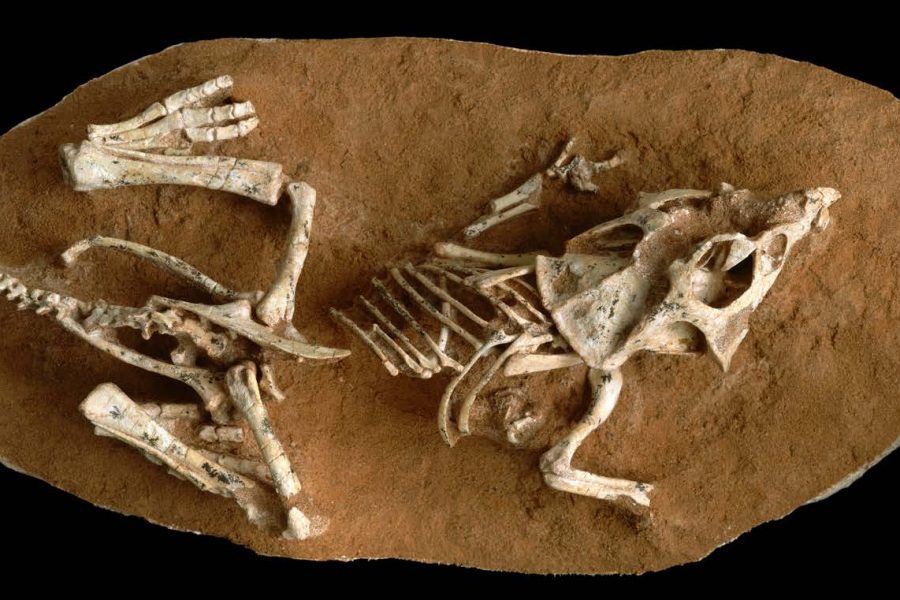 It likely took a dinosaur egg more time to hatch than what was previously thought.

According to a new study conducted by Florida State University researchers, it took dinosaurs between three and six months to emerge from their eggs, depending on the size of the species.

Gregory Erickson, a professor of biological science at Florida State University, said the birth of these extinct creatures has plagued scientists for several years.

“Some of the greatest riddles about dinosaurs pertain to their embryology — virtually nothing is known,” Erickson said in a statement. “Did their eggs incubate slowly like their reptilian cousins — crocodilians and lizards? Or rapidly like living dinosaurs — the birds?”

It has long been a theory amongst the scientific community that dinosaur incubation duration was similar to birds, whose eggs hatch in periods ranging from 11 to 85 days.

However, because the eggs of dinosaurs were so large—some up to 4 kilograms or the size of a volleyball—scientists believed that they must have experienced rapid incubation, which is half as long as comparable-sized reptilian eggs.

Erickson, along with FSU graduate student David Kay and colleagues from University of Calgary and the American Museum of Natural History, accessed rare fossils of dinosaur embryos to test whether this theory holds true.

“Time within the egg is a crucial part of development but this earliest growth stage is poorly known because dinosaur embryos are rare,” co-author Darla Zelenitsky, assistant professor of geoscience at University of Calgary, said in a statement. “Embryos can potentially tell us how dinosaurs developed and grew very early on in life and if they are more similar to birds or reptiles in these respects.”

The researchers examined the embryos of the Protoceratops—a sheep-sized dinosaur found in the Mongolian Gobi Desert whose eggs were only 194 grams and a Hypacrosaurus—a much larger duck-billed dinosaur found in Alberta, Canada with eggs weighing more than 4 kilograms.

The science team ran the embryonic jaws through a CT scanner to visualize the forming of dentition. They then extracted several of the teeth to further examine them under advanced microscopes.

When looked at under the microscopes the researchers found that growth lines on the teeth showed precisely how long the dinosaurs had been growing in the eggs.

“These are the lines that are laid down when any animal’s teeth develops,” Erickson said. “They’re kind of like tree rings, but they’re put down daily.

“We could literally count them to see how long each dinosaur had been developing.”

The team concluded that it took nearly three months for the much smaller Protoceratops embryos to hatch and six months for the larger Hypacrosaurus embryos.

“Dinosaur embryos are some of the best fossils in the world,” Mark Norell, Macaulay Curator for the American Museum of Natural History and a co-author on the study, said in a statement. “Here, we used spectacular fossils specimens collected by American Museum expeditions to the Gobi Desert, coupled them with new technology and new ideas, leading us to discover something truly novel about dinosaurs.”

In comparison it takes humans about nine months to give birth and just 42 days for an ostrich hatchling to emerge from their egg.

By examining the incubation periods of dinosaur’s researchers were able to derive several aspects of dinosaurian biology and ultimately may lead to more being known about the creature’s extinction.

The team concluded that prolonged incubation put eggs and their parents at risk from predators, starvation and other environmental risk factors.

Scientists also now theorize that these warm-blooded creatures required considerable resources to reach adult size, took more than a year to mature and had slow incubation times, which means they would have been at a distinct disadvantage compared to other animals that survived the extinction event.

“We suspect our findings have implications for understanding why dinosaurs went extinct at the end of the Cretaceous period, whereas amphibians, birds, mammals and other reptiles made it through and prospered,” Erickson said.