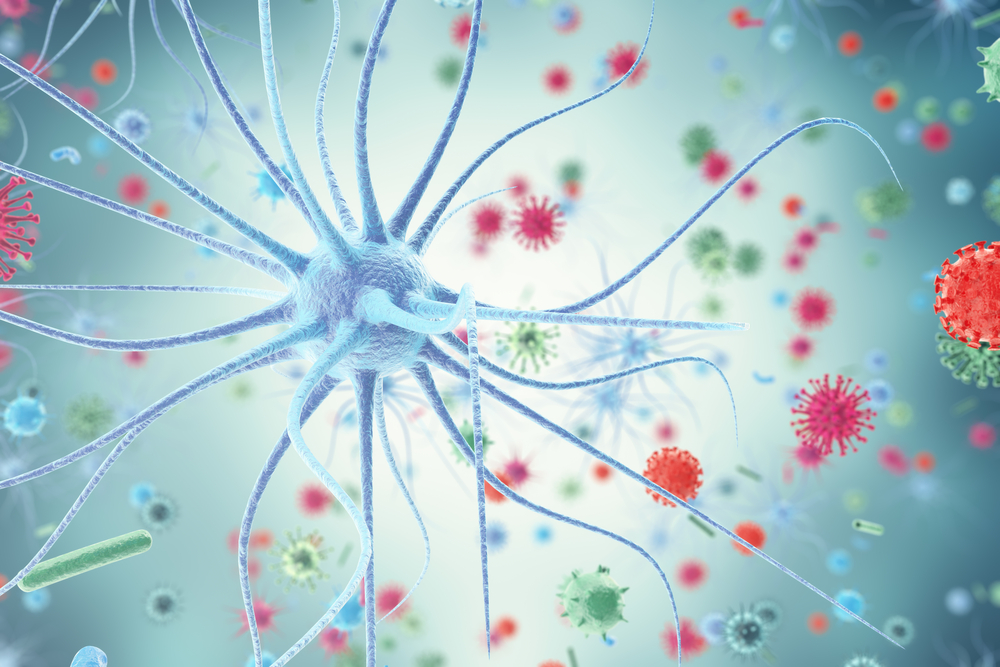 Researchers have discovered an inherited genetic variation that may help identify patients at elevated risk for severe, potentially fatal influenza infections. The scientists have also linked the gene variant to a mechanism that explains the elevated risk and offers clues about the broader anti-viral immune response.

Researchers screened 393 flu patients ranging from infants to 70 years old. Patients with a particular inherited variation in the gene IFITM3were more than twice as likely to develop severe, life-threatening flu symptoms as those who carried the protective version of the gene.

Working at the molecular level, the investigators showed how expression of the IFITM3 protein was reduced in killer T cells of patients with the high-risk variant compared to other patients. Researchers also found more killer T cells—which help patients fight the infection—in the upper airways of flu patients with the protective variant compared to other patients.

“A genetic marker of flu risk could make a life-saving difference, particularly during severe flu outbreaks, by helping prioritize high-risk patients for vaccination, drug therapy and other interventions,” said corresponding author Paul Thomas, Ph.D., an associate member of the St. Jude Department of Immunology. “These results raise hopes that this newly identified IFITM3 variant might provide such a marker.”

Estimated U.S. flu-related deaths in recent years have ranged from 12,000 to 56,000, according to the U.S. Centers for Disease Control and Prevention. Factors like age, obesity, pregnancy and such chronic health conditions as asthma, chronic lung disease and heart disease are associated with an elevated risk of flu complications and death. However, there are no proven genetic markers of flu risk with an established mechanism of action.

IFITM3 is an anti-viral protein that helps to block flu infection of lung cells and to promote survival of the killer T cells that help clear flu infection in the airways. Previous research from other scientists had reported an association between another IFITM3 variant (rs12252) and flu severity in Han Chinese patients. The underlying mechanism has remained unclear, and the rs12252 variant is rare in individuals of European ancestry.

Thomas and his colleagues began this study by searching for other possible IFITM3 variants that correlated with gene expression, levels of the IFITM3 proteins and were common in flu patients in the U.S. The search led to an IFITM3 variant known as rs34481144.

Researchers screened three different groups of U.S. flu patients and found those with the high-risk version of IFITM3 rs34481144 were likely to become infected with flu more rapidly and to develop more severe symptoms than those with another variant. For example, researchers checked 86 children and adults in Memphis with confirmed flu infections and found two-thirds of patients with the most severe symptoms carried at least one copy of the newly identified high-risk IFITM3 variant. The high-risk variant was found in just 32 percent of patients with milder symptoms.

Researchers also found an association between the newly identified high-risk variant and severe and fatal flu infections in 265 critically ill pediatric flu patients hospitalized in one of 31 intensive care units nationwide. The patients did not have health problems that put them at high risk for severe flu. Of the 17 patients in this group who died from the infection, 14 carried at least one copy of the newly identified high-risk variant. “When we looked at patients of European descent who died, they all carried at least one copy of the high-risk variant,” Thomas said.

The predictive value of the newly identified IFITM3 variant is now being studied in flu patients in other countries.

Further study revealed how binding differed between the high-risk and protective variants. Those differences led to lower levels of the IFITM3 protein in ndividuals with two copies of the high-risk gene variant compared to other patients, researchers said. The Memphis flu patients also had fewer of the killer T cells in their upper airways.

“While this research focused on flu infections, the mechanism we identified has implications for regulating many genes involved in anti-viral activity,” Thomas said. “CTCF has gained prominence in recent years as a master regulator of genomic organization. Evidence in this study suggests the high-risk variant we identified may be part of a larger network of CTCF binding sites involved in regulation in other genes with anti-viral activity.”