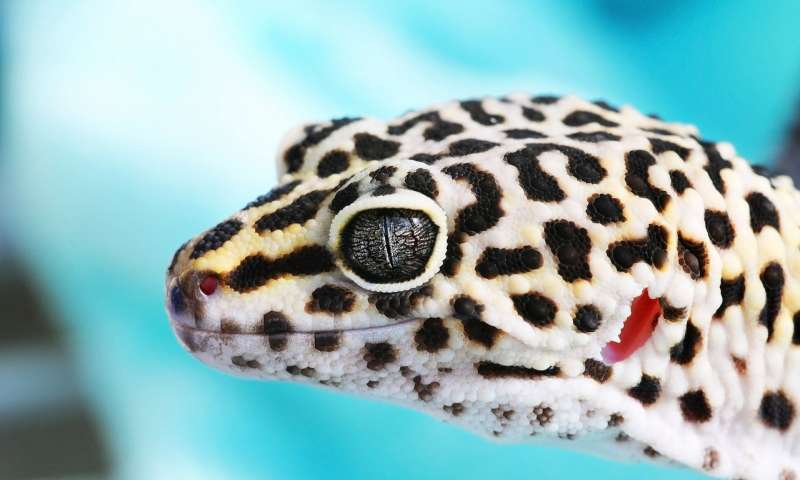 Using an approach that is similar to how geckos process noise, researchers from Stanford University have created a new photodetector that can identify the angle of incoming light.

The technology could have a variety of applications, including lens-less cameras, augmented reality and the robotic vision required for autonomous vehicles.

“Making a little pixel on your photo camera that says light is coming from this or that direction is hard because, ideally, the pixels are very small – these days about 1/100th of a hair,” Mark Brongersma, professor of materials science and engineering who is senior author of the study, said in a statement. “So it’s like having two eyes very close together and trying to cross them to see where the light is coming from.”

Because their heads are too small to triangulate the location of noises, geckos have a small tunnel through their heads that measures the way incoming sound waves bounce around to decipher which direction they come from.

If sound is not coming from directly above the gecko one eardrum will steal some of the sound wave energy that would otherwise tunnel through to the other to help the animal understand where the sound is coming from.

The new photodetector has two silicon nanowires—each about 100 nanometers in diameter—lined up next to each other, similar to how the gecko’s eardrums are situated, so that when a light wave comes in at an angle, the wire closest to the light source interferes with the waves hitting its neighbor.

The first wire to detect the light sends the strongest current. By comparing the current in both wires, the researchers can map the angle of incoming light waves.

The researchers are attempting to produce minute detectors that could record several characteristics of light, including color, polarity and the angle of light.

“The typical way to determine the direction of light is by using a lens,” Shanhui Fan, a professor of electrical engineering, who is a co-author on the paper, said in a statement. “But those are big and there’s no comparable mechanisms when you shrink a device so it’s smaller than most bacteria.”

The researchers will now decide what else they might want to measure from light and put several nanowires side-by-side to see if they can build an entire imaging system that records all the details they are interested in at once.