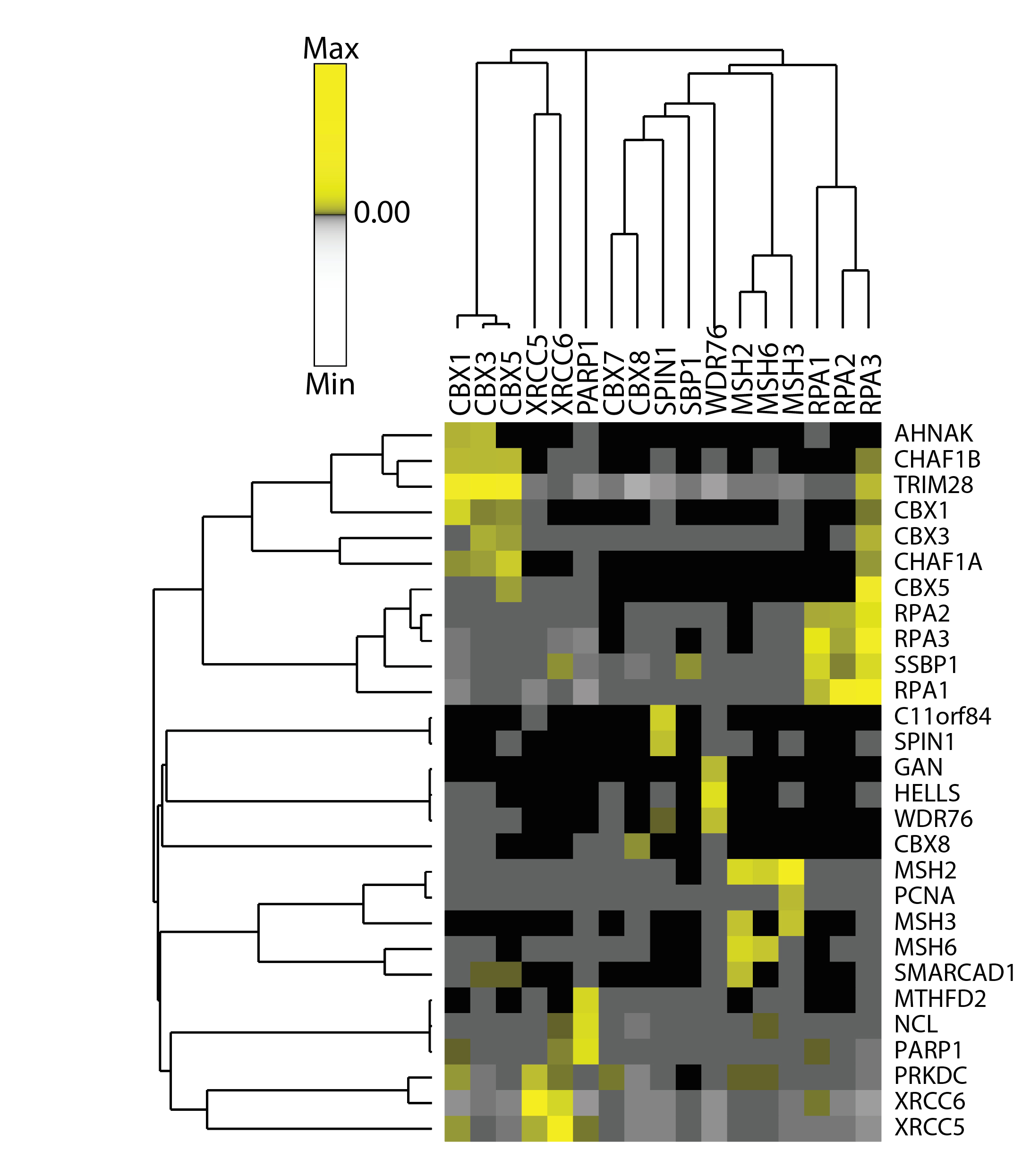 Researchers from the Stowers Institute for Medical Research have created a novel way to define individual protein associations in a quick, efficient and informative way. These findings, published in the March 8, 2019, issue of Nature Communications, show how the topological scoring (TopS) algorithm, created by Stowers researchers, can—by combining data sets—identify proteins that come together.

The approach is similar to looking at the activities and interactions of all the individuals in a community and then selecting out the most meaningful interactions, some which may be very rare. The researchers are looking for the biological equivalent of two individuals who may be the only two in the entire community that participate in an important interaction.

Not only does this help researchers identify how proteins perform biological functions or carry out biological processes, the algorithm can be applied to previously generated biological data and potentially other areas of science to glean new information.

“It’s a form of big data analysis that we are applying to proteomics data to identify and understand protein interaction networks,” says Michael Washburn, Ph.D., director of the Stowers Proteomics Center. “It’s complementary to a lot of techniques already in use so it can be used to ask and answer new questions.”

Protein data sets can be challenging to examine for meaningful information because they are so large. “You have thousands of proteins to look at,” says Mihaela Sardiu, Ph.D., a senior research specialist at Stowers. Understanding how a wide variety of proteins come together to do something, like repair DNA, is a difficult problem. “We wanted to simplify the problem.”

That meant instead of taking an overall view of everything, they hunted for less common events. Researchers did this by looking for bait (proteins already known to be involved in processes of interest) and prey (proteins that could interact with bait proteins) to see how they interacted in human DNA repair and yeast chromatin remodeling complexes. Through TopS, data is analyzed in a parallel fashion, meaning that data from several biologically-related baits are considered at the same time. A key attribute of TopS is the ability to evaluate the preference of a prey protein for a bait relative to other baits. “Instead of calculating a score by concentrating only information of a single bait, we now aggregate information from the entire data set,” explains Sardiu.

Washburn and Sardiu believe that TopS can be applied to a wide range of data sets beyond proteomics, in both basic research and beyond. Sardiu sees potential in using it for healthcare data, where physicians might be able to compare a patient’s health to others, like being able to tell if a patient’s disease is “really advanced compared to others or not,” she says.

The team has also published these findings on Github, a computer code repository, because they want to offer other researchers the opportunity to test the algorithm and see how they can apply it to their own projects.

“We’re excited to see how far this can go. It’s a potentially high impact tool and we want to see what other creative and innovative people can come up with,” says Washburn. “We think this is a really valuable potential tool for a lot of people out there who struggle with the challenge of sorting through very large-scale data.”

Other contributors from the Stowers Institute included Joshua M. Gilmore, Ph.D., Brad D. Groppe, Arnob Dutta, Ph.D., and Laurence Florens, Ph.D. Dutta is currently an assistant professor at the University of Rhode Island, Groppe is now working at Thermo Fisher Scientific, and Gilmore is a scientist with Boehringer Ingelheim.