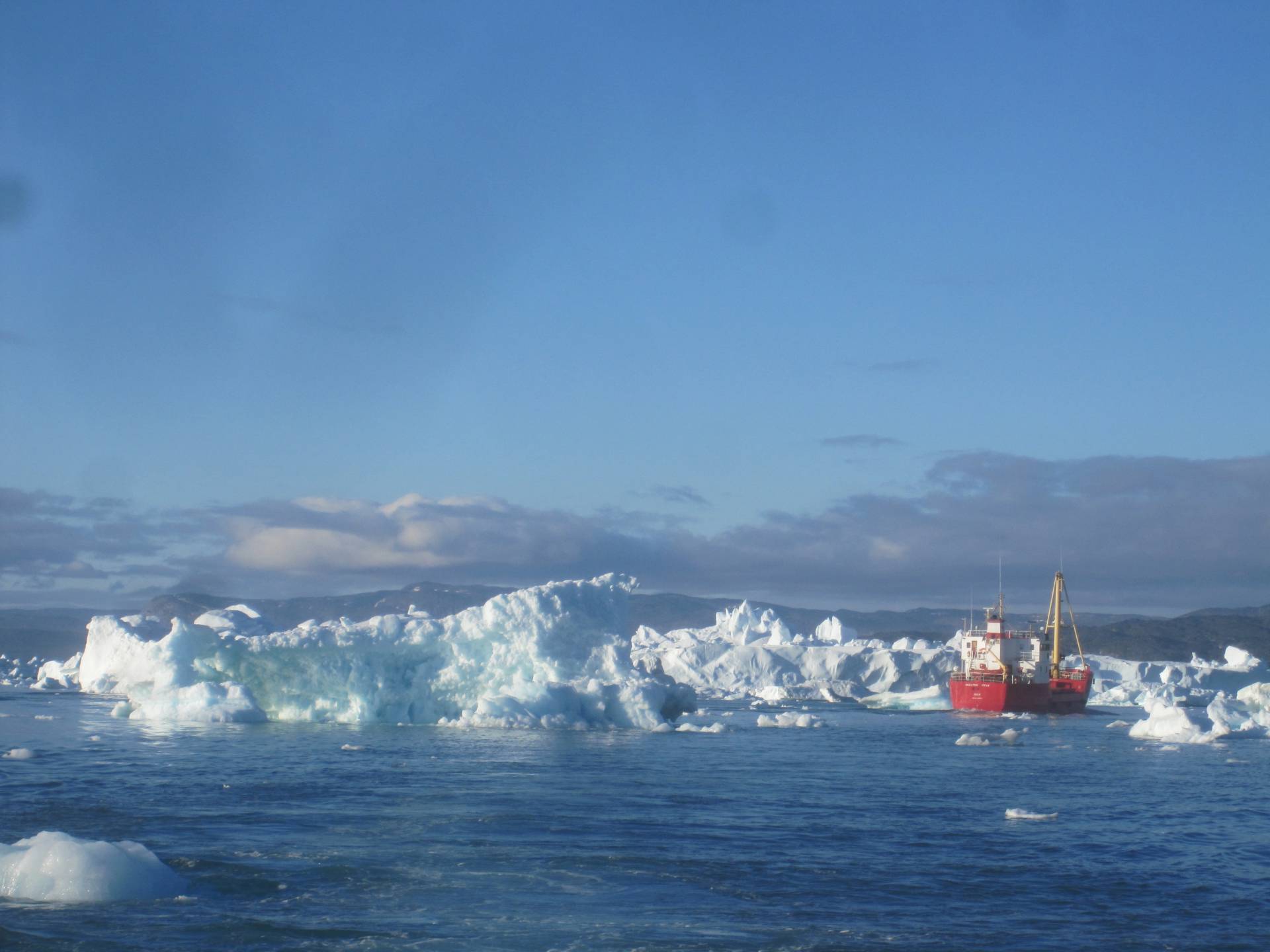 In a recent paper, published in the journal Geophysical Research Letters, researchers have developed a new method to forecast the extent of sea ice in some regions of the Arctic up to 11 months in advance. The method, which incorporates information about ocean temperatures and focuses on regions rather than the entire Arctic Sea, could help in the planning of activities ranging from shipping to oil and gas extraction, fishing and tourism. Photo by Mitchell Bushuk

Scientists have developed a new method to forecast the extent of sea ice in some regions of the Arctic up to 11 months in advance. The method, which incorporates information about ocean temperatures and focuses on regions rather than the entire Arctic Sea, could help in the planning of activities ranging from shipping to oil and gas extraction, fishing and tourism.

The model improves on previous methods capable of predicting the ice over the entire Arctic Sea up to six months in advance. The new approach, detailed in a study published this week in the journal Geophysical Research Letters, was developed by an international team including researchers from Princeton University, the National Oceanic and Atmospheric Administration’s Geophysical Fluid Dynamics Laboratory and the French National Center for Scientific Research.

Most efforts to predict sea ice extent have focused on determining the total area of sea ice coverage over the northern hemisphere. But stakeholders are primarily interested in predictions on regional and seasonal scales, according to Mitchell Bushuk, who led the research while a postdoctoral research associate in Princeton University’s Program in Atmospheric and Oceanic Sciences. Companies involved in shipping, tourism and resource management, as well as local communities in the Arctic, are affected by the location and thickness of sea ice and rely on accurate reporting and forecasting of sea ice conditions.

Climate prediction systems combine observations of real-world conditions with computer models to make predictions about future events. The more accurate these observational data are, the more accurate the forecast, explained Bushuk, who is now a scientist at the Geophysical Fluid Dynamics Laboratory located about three miles from Princeton University’s main campus. For the current study, Bushuk and co-authors determined that including surface and subsurface ocean temperature data in the model was crucial to predicting winter sea ice extent in the Labrador Sea, located between Greenland and Canada, and the Barents Sea, located north of Scandinavia and Russia. Similarly, the inclusion of accurate sea ice thickness data was fundamental to predicting summer sea ice extent in the East Siberian and Chukchi seas north of Siberia and the Beaufort Sea north of Alaska.

“Summer prediction is a more challenging problem,” Bushuk said. “We think the key reason is the surface albedo effect,” he said, referring to how much radiation from the sun is reflected by surfaces on Earth. As ice melts in the Arctic, it is replaced by water or ground. Both are darker than ice and snow and tend to absorb light rather than reflect it. Less reflection by ice and snow means more energy is absorbed, which heats the surface of the planet and leads to an increase in warming in a positive feedback loop.

In addition to predicting the minimum and maximum values of regional sea ice extent, the model can also forecast the extent of sea ice in the Hudson Bay from June to August and from November to December at lead times of three to 11 months.

Bushuk said there is still work to be done to improve scientists’ understanding of sea ice physics and to provide better regional forecasts. His team will next compare their results to similar seasonal prediction systems to determine how consistent their findings are. Since accurate data about the current state of the atmosphere, ocean, sea ice and land are so crucial to the success of these forecasts, Bushuk hopes that this research will motivate future work.