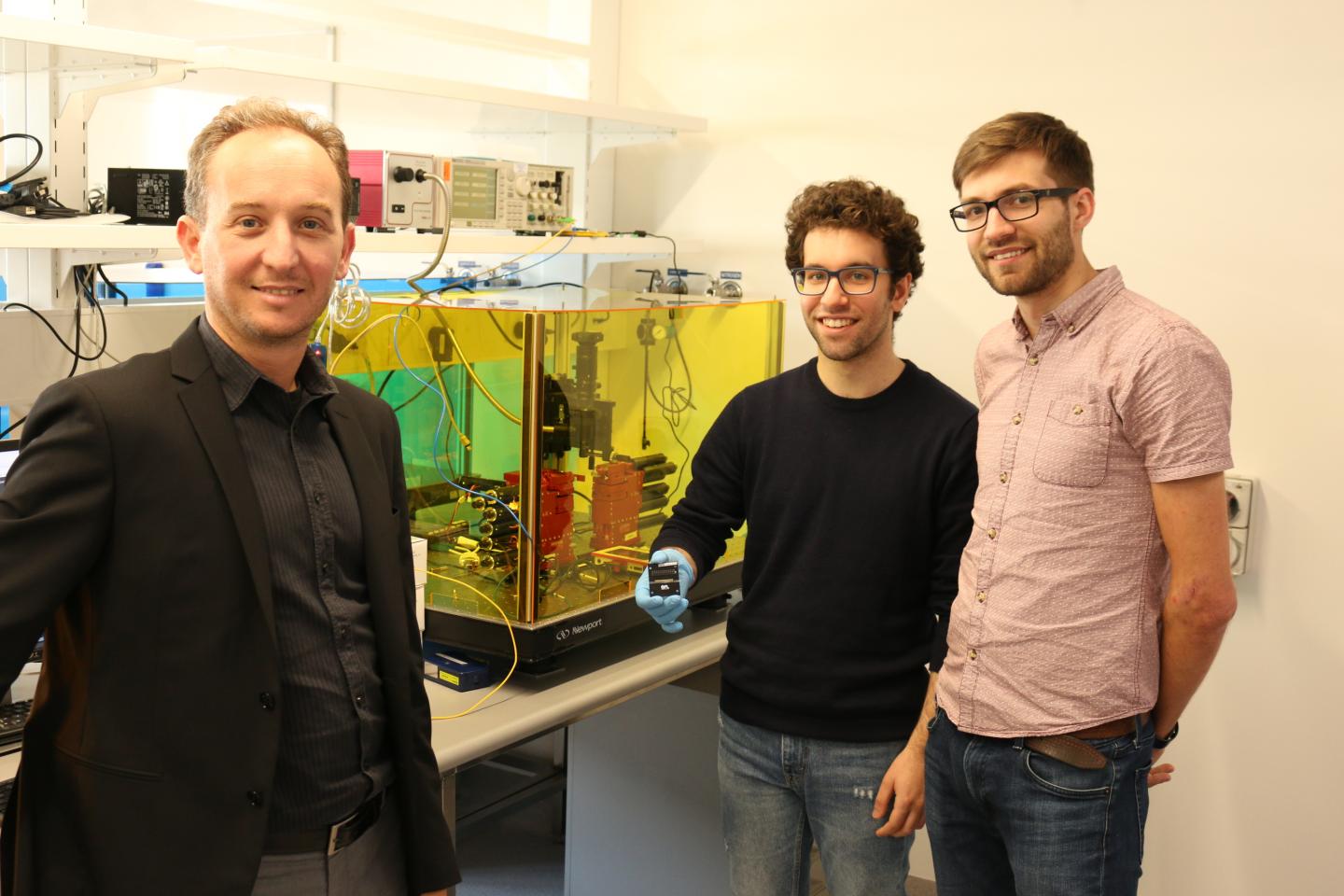 The research team, led by RMIT University’s Dr Alberto Peruzzo, has for the first time demonstrated that quantum information can be encoded, processed and transferred at a distance with topological circuits on the chip. The research is published in Science Advances.

The breakthrough could lead to the development of new materials, new generation computers and deeper understandings of fundamental science.

In collaboration with scientists from the Politecnico di Milano and ETH Zurich, the researchers used topological photonics – a rapidly growing field that aims to study the physics of topological phases of matter in a novel optical context – to fabricate a chip with a ‘beamsplitter’ creating a high precision photonic quantum gate.

“We anticipate that the new chip design will open the way to studying quantum effects in topological materials and to a new area of topologically robust quantum processing in integrated photonics technology,” says Peruzzo, Chief Investigator at the ARC Centre of Excellence for Quantum Computation and Communication Technology (CQC2T) and Director, Quantum Photonics Laboratory, RMIT.

“These are essential requirements for the scaling-up of quantum computers.”

Replicating the well known Hong-Ou-Mandel (HOM) experiment – which takes two photons, the ultimate constituents of light, and interfere them according to the laws of quantum mechanics – the team was able to use the photonic chip to demonstrate, for the first time, that topological states can undergo high-fidelity quantum interference.

HOM interference lies at the heart of optical quantum computation which is very sensitive to errors. Topologically protected states could add robustness to quantum communication, decreasing noise and defects prevalent in quantum technology. This is particularly attractive for optical quantum information processing.

“Previous research had focussed on topological photonics using ‘classical’ -laser- light, which behaves as a classical wave. Here we use single photons, which behave according to quantum mechanics” says lead-author Jean-Luc Tambasco, PhD student at RMIT.

“This work intersects the two thriving fields of quantum technology and topological insulators and can lead to the development of new materials, new generation computers and fundamental science” says Peruzzo.

The research is part of the Photonic Quantum Processor Program at CQC2T. The Centre of Excellence is developing parallel approaches using optical and silicon processors in the race to develop the first quantum computation system.

CQC2T’s Australian researchers have established global leadership in quantum information. Having developed unique technologies for manipulating matter and light at the level of individual atoms and photons, the team have demonstrated the highest fidelity, longest coherence time qubits in the solid state; the longest-lived quantum memory in the solid state; and the ability to run small-scale algorithms on photonic qubits.