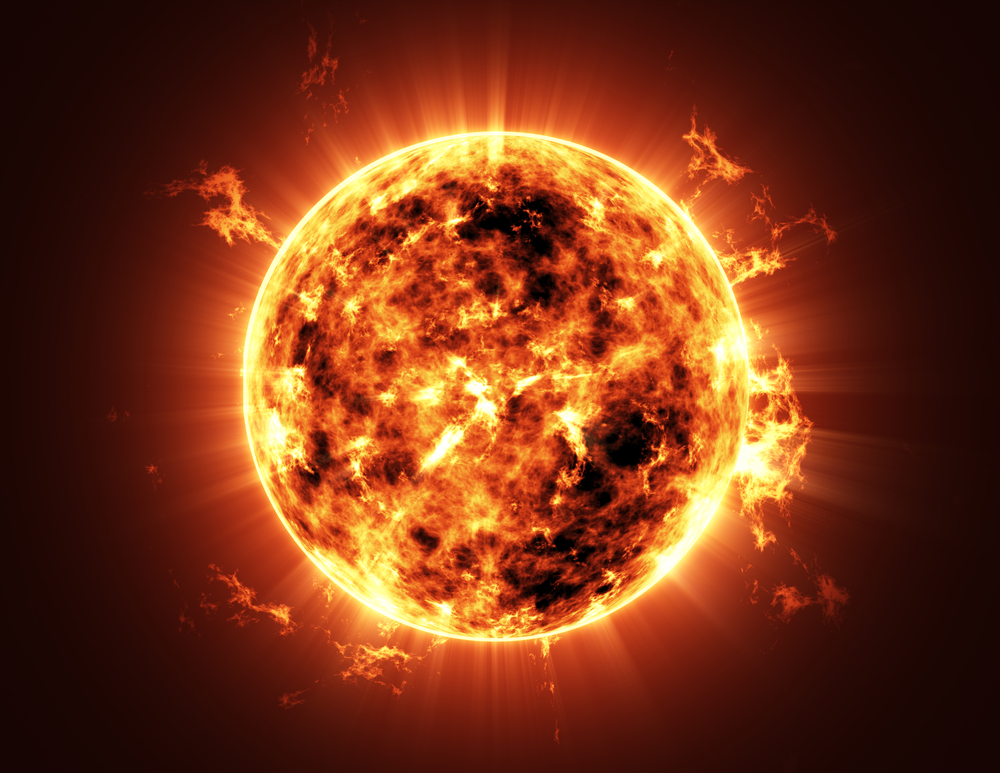 A newly discovered planet gets hotter than most stars.

KELT-9b—which is similar in nature to Jupiter—has a day-side temperature of more than 7,800 degrees Fahrenheit, about 2,000 degrees’ Fahrenheit cooler than the sun.

“At these temperatures, the fundamental component of KELT-9b’s atmosphere will be blasted apart into individual atoms during the day,” Thomas Beatty, a research scientist at Penn State University and a co-author on the study, said in a statement. “Then as night falls, all those hydrogen atoms will try and get back together, creating an inferno at dusk.

“On Earth, this same process is used to create one of the hottest welding flames known,” he added.

The planet is 2.8 times the size of Jupiter but only half as dense because the extreme radiation from KELT-9—its host star that is twice as large and almost twice as hot as the Sun—has caused its atmosphere to puff up.

“KELT-9 radiates so much ultraviolet radiation that it may completely evaporate the planet,” Scott Gaudi, a professor of astronomy at The Ohio State University and a leader of the study, said in a statement. “Or, if gas giant planets like KELT-9b possess solid rocky cores as some theories suggest, the planet may be boiled down to a barren rock, like Mercury.”

However, Keivan Stassun, a professor of physics and astronomy at Vanderbilt who directed the study, said the star may end up engulfing KELT-9b.

The planet is tidally locked to its star—similar to the Moon’s relationship to Earth. The day side of the planet is also perpetually bombarded by radiation from its star and as a result is so hot that molecules including water, carbon dioxide, methane and hydrogen can’t form.

While the night-time properties are still unknown, the researchers believe molecules probably only form temporarily at night.

“It’s a planet by any of the typical definitions based on mass, but its atmosphere is almost certainly unlike any other planet we’ve ever seen just because of the temperature of its day side,” Gaudi said.

According to the Gaudi, the planet may end up shedding a tail of evaporated planetary material like a comet.

The next step will be for the researchers to take a closer look at the planet with other telescopes, including Spitzer, the Hubble Space Telescope and the James Webb Space Telescope to discover if the planet really does have a cometary tail and how much longer can the planet survive in its current conditions.

“Looking at KELT-9b with Hubble will be a once-in-a-lifetime opportunity,” Beatty said. “It’s the only place in the universe where we can watch an entire planet go through a phase-change from day to night.”