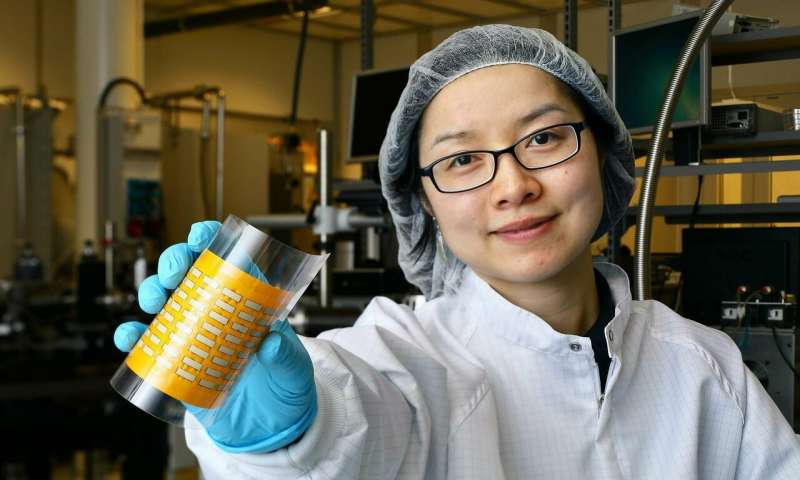 A new ultra-sensitive heat sensor could have applications in everything from smart bandages to smart buildings, thanks to a new polymer mixture that yields strong signals with just slight temperature differences.

Researchers from the Laboratory of Organic Electronics at Linköping University created the flexible, transparent and printable sensors by utilizing certain thermoelectric materials.

“The material is transparent, soft and flexible and can be used in a highly sensitive product that can be printed and in this way used on large surfaces,” Dan Zhao, research fellow at Linköping University and one of three principal authors of the article, said in a statement. “Applications are found within wound healing, where a bandage that shows the progress of the healing process is used, and for electronic skin.”

Another possible application is in temperature exchange in smart buildings, said Zhao.

Measuring temperature and heat flux is important for regulating any physical, chemical, and biological processes. While traditional thermopiles can provide accurate and stable temperature reading, they are based on brittle inorganic materials with a low Seebeck coefficient, a measure of the magnitude of an induced thermoelectric voltage in response to a temperature difference across that material. They are also difficult to manufacture over large areas.

A thermoelectric material that uses electrons can develop 100 microvolts per Kelvin (mV/K), while the new material is 10 mV/K, making it 100 times stronger. In the new configuration, even a slight temperature difference will yield a strong signal.

The researchers discovered that the material includes an electrolyte that consists of a gel of several ionic polymers, some of which are of p-type, where positively charged ions carry the current. While these polymers are well known, the researchers found a new highly conductive polymer gel of n-type, where negatively charged ions carry the current. There have been very few materials with the n-type polymer gel previously available.

The researchers used past research with electrolytes for printed electronics to develop the first printed thermoelectric module that consists of linked n-legs and p-legs and uses ions as charge carriers. The number of leg connections ultimately will determine how strong a signal is produced.