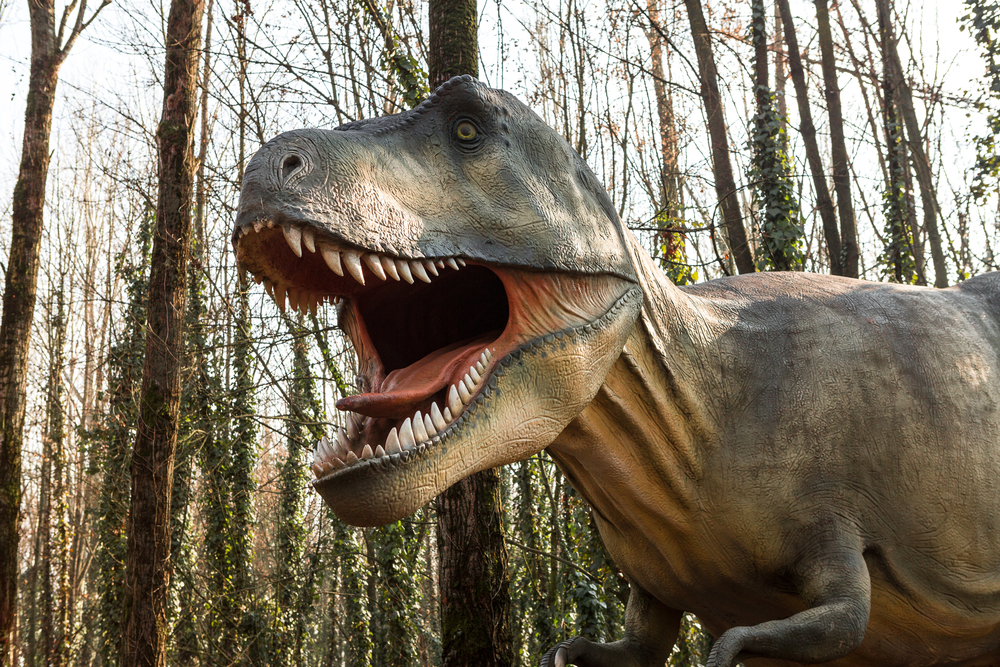 While the Tyrannosaurus rex was the most feared hunter in the dinosaur world, it may not have been much of a sprinter, according to a new study.

Researchers from the University of Manchester have discovered that due to the massive size and weight of the dinosaur the T. rex’s leg bones would have buckled under its own weight if it tried to move at high speed.

Professor William Sellers, of the School of Earth and Environmental Sciences, said the simulation demonstrated that any running gaits for the T. rex would lead to “unacceptably high skeletal loads.”

Previous research based on biomechanical models put the top speed of the T. rex at 45 miles per hour.

“The running ability of T. rex and other similarly giant dinosaurs has been intensely debated amongst paleontologist for decades,” Sellers said in a statement. “However, different studies using differing methodologies have produced a very wide range of top speed estimates and we say there is a need to develop techniques that can improve these predictions.

According to Sellers, the findings likely mean running at high speeds was unlikely for other large two-legged dinosaurs including Giganotosaurus, Mapusaurus and Acrocanthosaurus.

“Tyrannosaurus rex is one of the largest bipedal animals to have ever evolved and walked the earth,” Sellers said. “So it represents a useful model for understanding the biomechanics of other similar animals.

“Therefore, these finding may well translate to other long-limbed giants so but this idea should be tested alongside experimental validation work on other bipedal species.”

The study was published in PeerJ.