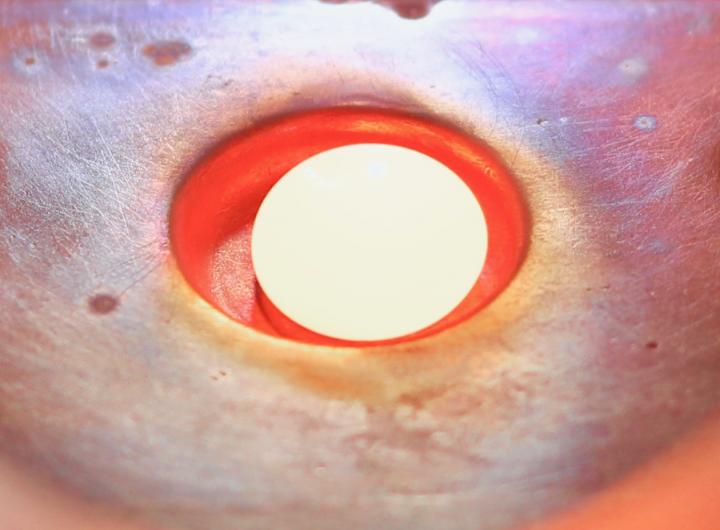 By combining two emerging technologies, researchers have created a new smart material that could someday reduce the cost of flying.

Scientists from Texas A&M University have developed a new class of smart materials using shape-memory alloys and high-entropy alloys that enables them to significantly improve the efficiency of fuel burn in jet engines, while also reducing airplane noise over residential areas.

“What excites me is that we have just scratched the surface of something new that could not only open a completely new field of scientific research, but also enable new technologies,” Ibrahim Karaman, PhD, the head of the university’s Department of Materials Science and Engineering, said in a statement.

Shape-memory alloys are smart materials that can switch from one shape to another with specific triggers like extremely hot temperatures. However, previously economical high-temperature shape memory alloys (HTSMA) have only worked at temperatures up to about 400 degrees Celsius.

Expensive elements like gold or platinum could be added to increase the temperature, but would also price the technology out for practical applications.

The researchers sought to address these hurdles by controlling the space between turbine blade and the turbine case in a jet engine. A jet engine is most fuel-efficient when the gap between the turbine blades and the case is minimized, but the clearance has to have a fair margin to deal with unusual operating conditions.

HTSMAs would allow the maintenance of the minimum clearance across all flight regimes if they were incorporated into the turbine case.

HTSMAs could also be used to reduce the noise from airplanes by changing the size of the core exhaust nozzle depending on whether the plane is in flight or landing. Temperature would have to be used to change the size of the nozzle, which would also enable a more efficient operation while in the air and quieter conditions when landing.

The research team opted to try to increase the operating temperatures to beyond 700 degrees Celsius by applying principles of high-entropy alloys that are composed nickel, titanium, hafnium, zirconium and palladium mixed together in roughly equal amounts. The researchers purposely omitted gold and platinum.

“When we mixed these elements in equal proportions we found that the resulting materials could work at temperatures well over 500 degrees C–one worked at 700 degrees C–without gold or platinum,” Karaman said. “That’s a discovery. It was also unexpected because the literature suggested otherwise.”

While the researchers were able to prove that the new HTSMAs can operate at high temperatures, at this time they still need to determine exactly how.

They plan to next understand exactly what is happening at the atomic scale by conducting computer simulations. They also plan to explore ways to improve the materials’ properties further.

The study was published in Scipta Materialia.