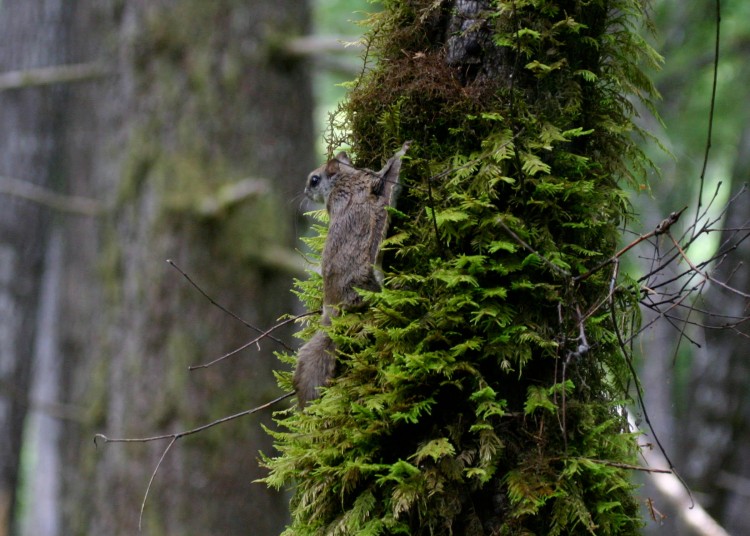 Researchers have discovered a third species of flying squirrel inhabiting the Pacific Coast.

A team from the University of Washington have identified Humboldt’s flying squirrel or Glaucomys oregonensis, which calls the region from southern British Columbia to the mountains of southern California home.

“For 200 years we thought we had only had one species of flying squirrel in the Northwest—until we looked at the nuclear genome, in addition to mitochondrial DNA, for the first time,” study co-author Jim Kenagy, professor emeritus of biology at the University of Washington and curator emeritus of mammals at the Burke Museum of National History & Culture, said in a statement.

Flying squirrels of California and the coastal Pacific Northwest were formally all classified as northern flying squirrels. However, after looking closer at the genetics of flying squirrel specimens and discovered that there were in fact two different species and further DNA testing revealed a third species unique to the region.

The DNA analysis indicated that no gene flow was occurring between the Pacific Coastal form and the widespread, inland, continental form of the northern flying squirrel, even when two occurred together.

If Humboldt’s and northern flying squirrels both occur at the same part of Western Washington and southern British Columbia, future studies might show hybridization between the two species.

“It was a surprising discovery,” Kenagy said. “We were interested in the genetic structure of small mammals throughout the Pacific Northwest, and the fact that in other cases we were aware that two different species had evolved in Eastern and Western Washington.”

All three Pacific Coast flying squirrel species are small, nocturnally-active, gliding squirrels that live in woodland habitats. They do not actually fly like a bird but rather they glide from tree to tree by extending furred membranes of skin that stretch the wrist of the forearm to the ankle on the hind leg.

Humboldt’s flying squirrel are known as a cryptic species—a species that was previously thought to be another, known species because of similarities.

There are currently 45 known species of flying squirrels around the world.

The study was published in the Journal of Mammalogy.