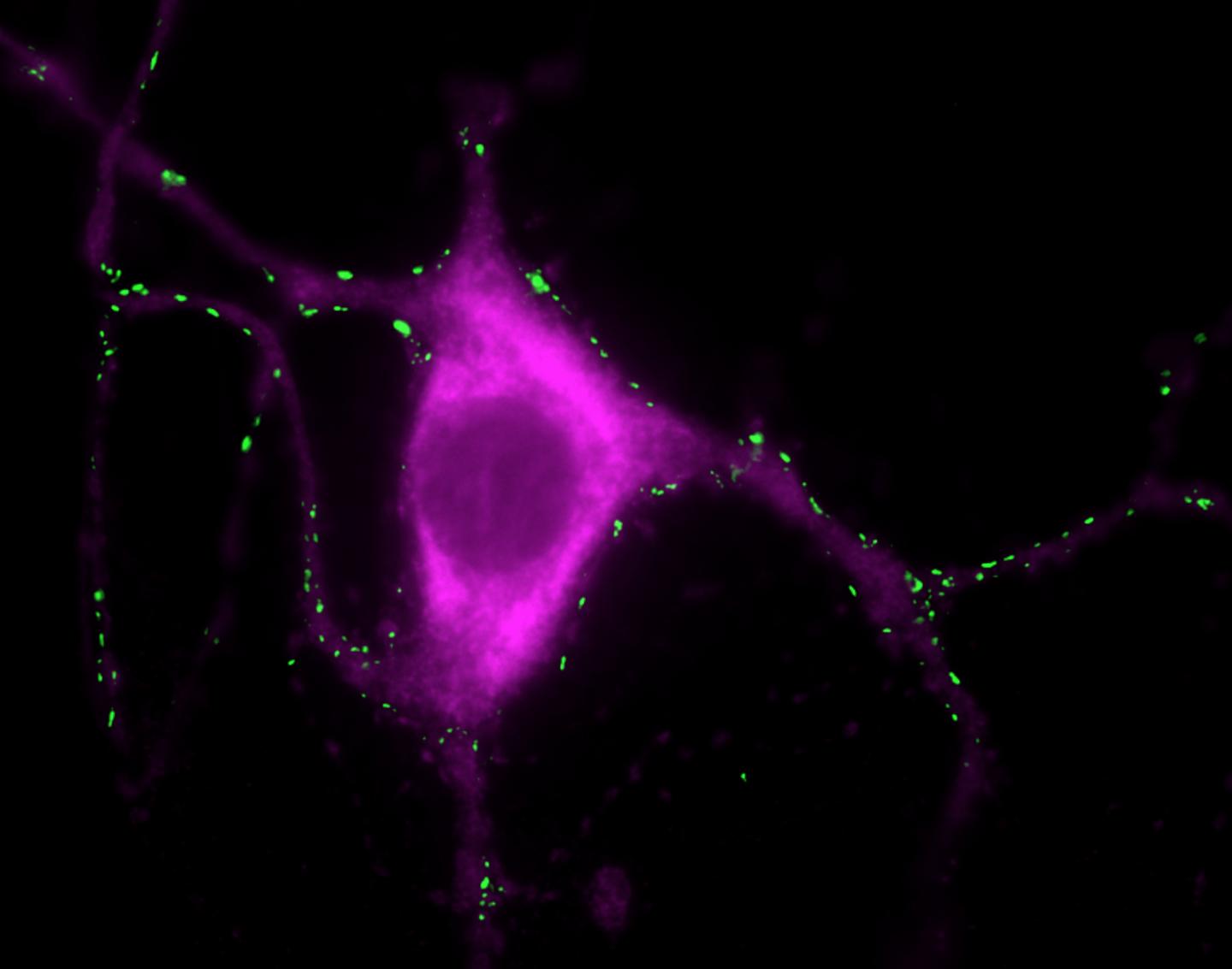 According to a new study, excess levels of calcium in brain cells may play a crucial role in the early development of Parkinson’s disease.

A team from the University of Cambridge have discovered that calcium can mediate the interaction between small membranous structures inside nerve endings—crucial for neuronal signaling in the brain—and alpha-synuclein—the protein associated with Parkinson’s disease.

The researchers found that excess levels of either calcium or alpha-synuclein could begin a chain reaction that results in the death of brain cells. These findings could help scientists understand how and why people develop Parkinson’s.

Parkinson’s disease is one of a number of neurodegenerative diseases caused when naturally occurring proteins fold into the wrong shape and stick together with other proteins, eventually forming thin filament-like structures called amyloid fibrils. The amyloid deposits of aggregated alpha-synuclein—also called Lewy bodies—are a sign of Parkinson’s disease.

While it is implicated in a number of processes, including the smooth flow of chemical signals in the brain and the movement of molecules in and out of nerve endings, it was previously unknown how alpha-synuclein actually behaves in the cell.

“Alpha-synuclein is a very small protein with very little structure, and it needs to interact with other proteins or structures in order to become functional, which has made it difficult to study,” senior author Gabriele Kaminski Schierle, PhD, from Cambridge’s Department of Chemical Engineering and Biotechnology, said in a statement.

The researchers used super-resolution microscopy techniques to look inside cells to observe the behavior of alpha-synuclein by isolating synaptic vesicles—part of the nerve cells that store the neurotransmitters that send signals from one nerve cell to another.

Calcium plays a role in the release of neurotransmitters in neurons. The researchers found that when calcium levels in the nerve cell increase the alpha-synuclein binds to synaptic vesicles at multiple points to cause the vesicles to come together, indicating that the normal role of alpha-synuclein is to help the chemical transmission of information across nerve cells.

“This is the first time we’ve seen that calcium influences the way alpha-synuclein interacts with synaptic vesicles,” Janin Lautenschlager, PhD, the paper’s first author, said in a statement. “We think that alpha-synuclein is almost like a calcium sensor. In the presence of calcium, it changes its structure and how it interacts with its environment, which is likely very important for its normal function.”

An imbalance between calcium and alpha-synuclein in the cell can be caused by a genetic doubling of the amount of alpha-synuclein, by an age-related slowing of the breakdown of excess protein, by an increased level of calcium in neurons that are sensitive to Parkinson’s, or by an associated lack of calcium buffering capacity in the neurons.

A better understanding of the role of alpha-synuclein in physiological or pathological processes could lead to new treatments for Parkinson’s, as well as new drug candidates.