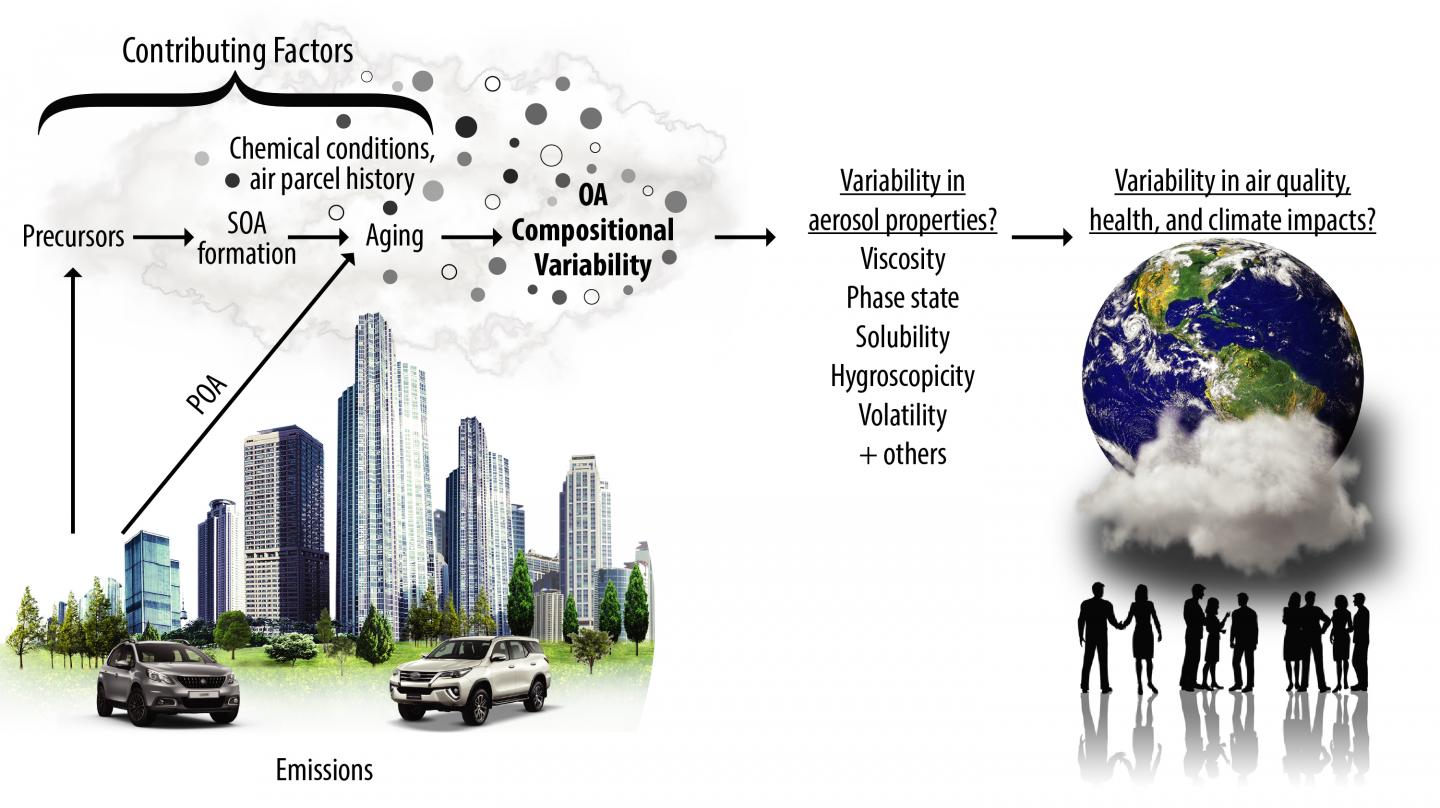 Yale researchers took a detailed look at the molecular makeup of organic aerosols, using samples from a forest in Michigan and urban environments in Atlanta and New York City. Credit: Yale University

A team from Yale University has taken a detailed look at the molecular makeup of the organic aerosols—air pollutants emitted from natural and man-made sources—filling the air.

The Yale researchers used a combination of liquid chromatography that can separate thousands of compounds in a sample and mass spectrometer, which identifies and analyzes the compounds previous separated.

“Here, we can actually differentiate molecules that would otherwise appear to be very similar,” the study’s senior author, Drew Gentner, an assistant professor of chemical & environmental engineering, said in a statement. “In past studies, they had less information on molecular identities across the complex mixtures present. With these instruments, we can determine molecular formulas with more accuracy.”

A better understanding of the particles polluting the air could yield better treatments to combat the issues and reduce the overall pollution.

“If you develop an air pollution control policy based on less specific information for organic aerosol, there may be much more variability in the molecular-level composition than you might expect, which could influence aerosol properties and impacts,” Jenna Ditto, a PhD candidate in Gentner’s lab and lead author of the study, said in a statement.

The researchers collected samples over a three-week period in the summer from a forest in Michigan, as well as from urban environments in Atlanta and Queens, NY.  Here, they found variations in the samples taken from the same site, which the researchers said was unexpected.

For the majority of cases, up to 70 percent of the compounds at a site were distinct from each other in consecutive samples. Even if certain causes remained constant, a number of other factors could ultimately be driving the variability, according to the researchers.

“The different types of compounds emitted from cars and plants could vary from car to car or tree to tree,” Ditto said.

Other factors that can change include weather patterns and chemical oxidation conditions, which individually could cause slight variations while adding up to significant differences.

The researcher’s next plan to further analyze the results in obtain a better idea of what types of health and climate effects the variations may pose.

“There’s a wealth of information in these details for the field to use,” Gentner said. “There’s valuable data that you can capitalize on to understand what’s happening in the whole complex system.”

The study was published in Communications Chemistry.