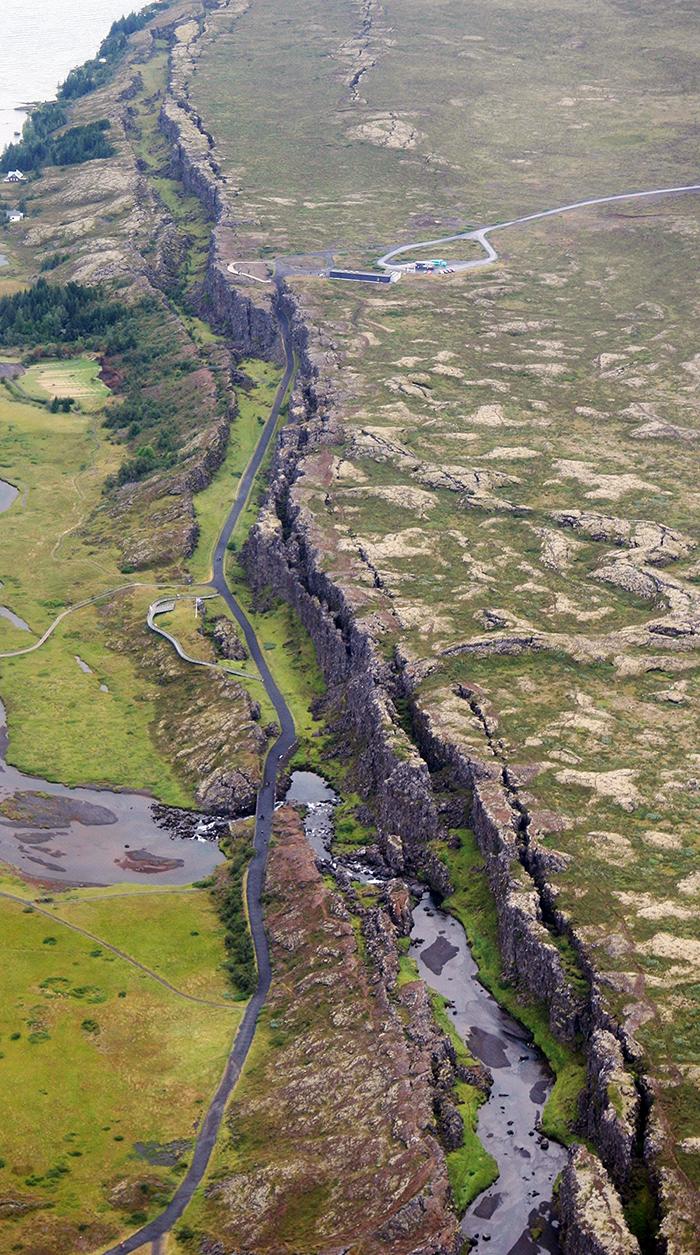 A new research article, with lead authors from the University of Gothenburg, gives indications of the best places in Iceland to build thermal power stations.

In Iceland, heat is extracted for use in power plants directly from the ground in volcanic areas. Constructing a geothermal power station near a volcano can be beneficial, since Earth’s mantle is located relatively close to the crust in those areas, making the heat easily accessible. This means that the boreholes do not need to be very deep and the pipes to the power plant can be short.

But placing a power plant near an active volcano is not without risk, as an eruption can easily destroy any man-made construction in its way.

The scientists have now studied three different parts of the divergent ridge (area where the ocean plates are slowly sliding away from each other) that crosses Iceland from southwest to northeast. The slow movement and separation of the ocean plates can cause cracks in Earth’s crust, through which hot magma from the planet’s interior rises to the surface. As a result, a large number of volcanos have emerged along the divergent boundary.

‘The study includes data with extremely high precision. Data from 1967 to the present, together with the very best modelling software, have yielded the best picture to date of the anatomy of the divergent boundary,’ says Md. Tariqul Islam, lead author of the article, which has been published in Journal of Geophysical Research.

Have measured the movement of the ocean plates

One of the best and also most well-known sites for studying a divergent boundary can be found in the Thingvellir National Park in Iceland, adjacent to the country’s biggest lake. Movements smaller than one millimetre can be measured in Thingvellir.

‘When the ocean plates are pulled apart, there is a reduction in pressure at a depth of 10-40 km. This reduction lowers the melting point so that parts of the mantle melt and magma is formed. There are a number of active volcanos of this type along the divergent boundary.’

Using a geodetic GPS, the scientists have now been able to measure the movement of the plates over time. The data used in the study is based on measurements from almost 100 ‘fixed’ measurement points. The information from the measurement points have made it possible to draw maps that show in what way the plates are moving away from each other and how large the deformation zone is.

‘This is a start. The next step will be to use powerful computers to create high-resolution 3D models of the entire zone of divergence. This will enable us to see how the interaction between the different spreading segments and how the different volcanos affect each other,’ says Md. Tariqul Islam.